Biden will fall out soon

Joe Biden will not last long against the very forces of extremism that he and Obama helped unleash. When he drops out there will probably still be four or five Democratic contenders. Who agrees? Since I agree with President Trump that Biden has the weakest mentality (and I think is among the least informed regarding reality abroad), I agree he will be among the early dropouts.

He seems to keep having to adjust his public comments, likely after being told by his advisors that he was incorrect. I must agree. Thank you.

Even if he’s not the eventual nominee he’s probably in for the long haul.

2020 will give us a good measuring stick for the future, if one of the really far left radicals is nominated the next 10-20 years are going to be extremely rough.

If one of them is nominated and loses the country will probably be in open revolt in 2020-21.

Even if he’s not the eventual nominee he’s probably in for the long haul.

Those youngsters will smash him in debates. He will get booed several times too I predict, as soon as he tries to say something moderate.

Won’t matter, the party machine is going to be all in for him unless they can replace him with someone similar who has an actual pulse.

You think the party machine, super delegates and all, are primed for Biden? I’m not so sure

Of course they are, they want to beat Trump not hand the presidency, congress, the judiciary etc over to him which is what they know they’d be doing if they hand the party over to the socialist radicals.

Of course they are

If they rig their elections again like they did for Hillary, young Dems will leave in legions. They were pissed that Bernie got shafted last time

And after their tantrum is over they’ll come back because they have no where to go just like last time.

The two major parties have rigged the entire system from your local elections all the way through the presidential elections to control access to the ballot.

Even the strongest third party candidates have virtually no chance at all of winning seats at any level.

This is just something they’ll have to fight out among themselves.

And? They don’t need them.

What they have instead are the huge donors and bundlers to whom the candidates, local, state, and national party leaders are beholding.

Curiously over the last decade or two the republicans changed the rules and altered the primary schedule precisely to prevent a candidate like Trump from being able to get the nomination and he used their own system against them by both jumping ahead in the early states and then by instead of outspending them taking full advantage of all the free media coverage he was getting in order to defeat the others.

Does that not prove then that our system is NOT rigged, or at least, not rigged horribly bad? Super delegates are the “rig” in the Dem’s system. The fact that Trump got elected and did not even spend much proves that ours is more fair I think

No, it just shows it’s rigged differently and that the republicans weren’t as competent at preventing the insurgent from winning as the dem’s. 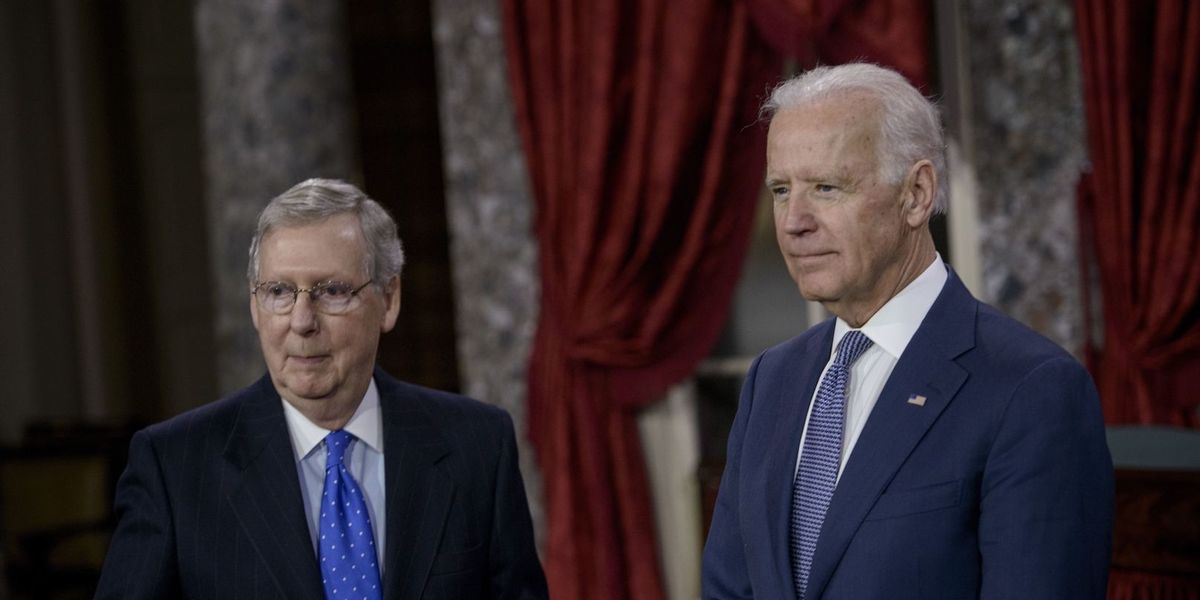 Good luck with that

I disagree. Biden will end up getting the nomination because he is an insider and has leverage. Obama is still very much controlling the inner workings of the DNC.

If they have to pull a surprise VP candidate they will trot out AOC to serve as a bolt-on to Biden.

Screencap this. You read it here first.

Biden will end up getting the nomination because he is an insider and has leverage. Obama is still very much controlling the inner workings of the DNC

Why wouldn’t Obama help the black woman then, Harris?

Obama is a whole lot further left than Biden. Biden was never his choice to begin with as VP, he was forced on him by the party machine.

Obama is directly responsible for the “resist movement” and launched it while he was still in the WH.

Don’t count on Obama carrying Biden over, he’d much rather have someone like Sanders or Occasio as the next POTUS.