Vaccination ‘arms race’ could prove dangerous to the American public

The Biden administration’s strategy to universally vaccinate in the middle of the pandemic is bad science and badly needs a reboot.

This strategy will likely prolong the most dangerous phase of the worst pandemic since 1918 and almost assuredly cause more harm than good – even as it undermines faith in the entire public health system.

Four flawed assumptions drive the Biden strategy. The first is that universal vaccination can eradicate the virus and secure economic recovery by achieving herd immunity throughout the country (and the world). However, the virus is now so deeply embedded in the world population that, unlike polio and smallpox, eradication is unachievable. SARS-CoV-2 and its myriad mutations will likely continually circulate, much like the common cold and influenza.

The second assumption is that the vaccines are (near) perfectly effective. However, our currently available vaccines are quite “leaky.” While good at preventing severe disease and death, they only reduce, not eliminate, the risk of infection, replication, and transmission. As a slide deck from the Centers for Disease Control has revealed, even 100% acceptance of the current leaky vaccines combined with strict mask compliance will not stop the highly contagious Delta variant from spreading.

The third assumption is that the vaccines are safe. Yet scientists, physicians, and public health officials now recognize risks that are rare but by no means trivial. Known side effects include serious cardiac and thrombotic conditions, menstrual cycle disruptions, Bell’s Palsy, Guillain Barre syndrome, and anaphylaxis.

Unknown side effects which virologists fear may emerge include existential reproductive risks, additional autoimmune conditions, and various forms of disease enhancement, i.e., the vaccines can make people more vulnerable to reinfection by SARS-CoV-2 or reactivation of latent viral infections and associated diseases such as shingles. With good reason, the FDA has yet to approve the vaccines now administered under Emergency Use Authorization.

The failure of the fourth “durability” assumption is the most alarming and perplexing. It now appears our current vaccines are likely to offer a mere 180-day window of protection – a decided lack of durability underscored by scientific evidence from Israel and confirmed by Pfizer, the Department of Health and Human Services, and other countries.

Here, we are already being warned of the need for universal “booster” shots at six-month intervals for the foreseeable future. The obvious broader point that militates for individual vaccine choice is that repeated vaccinations, each with a small risk, can add up to a big risk.

It’s an arms race with the virus.

The most important reason why a universal vaccination strategy is imprudent tracks to the collective risk associated with how the virus responds when replicating in vaccinated individuals. Here, basic virology and evolutionary genetics tell us the goal of any virus is to infect and replicate in as many people as possible. A virus can’t efficiently spread if, like with Ebola, it quickly kills its hosts.

The clear historical tendency for viruses crossing over from one species to another is to evolve in a way that makes them both more infectious and less pathogenic over time. However, a universal vaccination policy deployed in the middle of a pandemic can turn this normal Darwinian taming process into a dangerous vaccine arms race.

The essence of this arms race is this: The more people you vaccinate, the greater the number of vaccine-resistant mutations you are likely to get, the less durable the vaccines will become, ever more powerful vaccines will have to be developed, and individuals will be exposed to more and more risk.

Science tells us here that today’s vaccines, which use novel gene therapy technologies, generate powerful antigens that direct the immune system to attack specific components of the virus. Thus, when the virus infects a person with a “leaky” vaccination, the viral progeny will be selected to escape or resist the effects of the vaccine.

A far more optimal strategy is to vaccinate only the most vulnerable. This will limit the amount of vaccine-resistant mutations and thereby slow, if not halt, the current vaccine arms race.

Fortunately, those most vulnerable represent a relatively small number; and these cohorts have already achieved high levels of vaccine acceptance. They include senior citizens, for whom the risk of serious disease or death increases exponentially with age, and those with significant comorbidities such as obesity, lung, and heart disease.

For much of the rest of the population, there’s nothing to fear but fear of the virus itself. This is particularly true if we have lawful outpatient access to a growing arsenal of scientifically proven prophylactics and therapeutics.

For example, there has been much controversy over ivermectin and hydroxychloroquine. Yet, with the emergence of a growing body of scientific evidence, we can be assured these two medicines are safe and effective in prophylaxis and early treatment when administered under a physician’s supervision. Numerous other useful treatments range from famotidine/celecoxib, fluvoxamine, and apixaban to various anti-inflammatory steroids, Vitamin D, and zinc.

The broader goal when administering these agents is to moderate symptoms and take death off the table, particularly for the unvaccinated. Unlike vaccines, these agents are generally not dependent on specific viral properties or mutations but instead mitigate or treat the inflammatory symptoms of the disease itself. (Pfizer is now actively marketing its own antiviral therapeutic – tacit admission Pfizer’s own vaccine is incapable of eradicating the virus.)

We are not “anti-vax.” One of us (Dr. Malone) invented the core mRNA technology being used by Pfizer and Moderna to produce their vaccines and has spent his entire professional career developing and advancing novel vaccine technologies, vaccines, and other medical countermeasures. The other (Mr. Navarro) played a key role at the Trump White House in jumpstarting Operation Warp Speed and ensuring timely delivery of the vaccines.

We are simply saying that just because you have a big vaccine hammer, it is not necessarily wise to use it for every nail. The American people deserve better than a universal vaccination strategy under the flag of bad science and enforced through authoritarian measures.

• Dr. Robert Malone is the discoverer of in-vitro and in-vivo RNA transfection and the inventor of mRNA vaccines while he was at the Salk Institute in 1988.

Biden even has Trump pushing those booster shots that seem to be endless these days . Now Fauci and the dems claim the Covid shot has a 6 month life and boosters are needed , i think they are on their 4th now heading for 150 …

Ya know, I got vaccinated at the beginning of this shit because I was in a lot of elderly peoples homes every week. I didn’t want to be the cause of them getting sick. I didn’t want the vax, but felt I should be responsible and just do it.

In hind sight, I wish I hadn’t done it. I knew deep down this was all bullshit and that it was just a step in the larger plan. I will not be getting any booster shots… I’m out of the game.

As it is a leaky vaccine and isn’t like other vaccines preventing disease it would have made great sense to vaccinate the elderly and at risk population with healthcare workers minimizing the chance of mutation.

But we have a political issue controlled by he media and left saying it’s a cure all.

The more people you vaccinate, the greater the number of vaccine-resistant mutations you are likely to get, the less durable the vaccines will become, ever more powerful vaccines will have to be developed

Can’t wait for the long term side effects to set in years from know.

Unknown side effects which virologists fear may emerge include existential reproductive risks, additional autoimmune conditions, and various forms of disease enhancement, i.e., the vaccines can make people more vulnerable to reinfection by SARS-CoV-2 or reactivation of latent viral infections and associated diseases such as shingles.

The boosters are believed to last 60-90 days, And they wonder why there are so many breakthrough cases.

Now we call the common cold Covid ! :roll_eyes
The lasting side effects of all these shots and boosters are never reported but there are so, so many !

Yea, I’m pretty sure that most people see through this bullshit at this point. The only one’s giving this vax/virus any credence anymore are the wokie woke, progressive nut jobs.

They have no idea what the long term side effects are yet push it as if it were around for years.

They know that it’s a leaky vaccine yet say nothing except you may not have severe symptoms.

Out of control government reigns supreme. 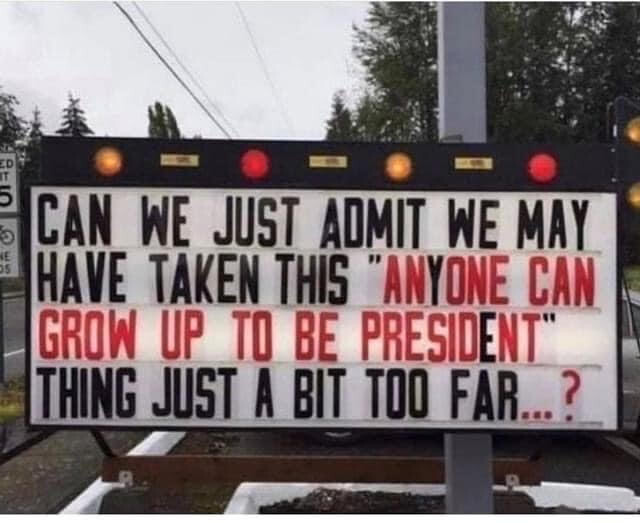