Can we be prepared for the nukes ? How many more Countries will decide to challenge weak ass Biden ? Many are aware that Israel is the real problem.
(Some use the term “Khazarian mafia”)

I don’t think WWIII will happen. 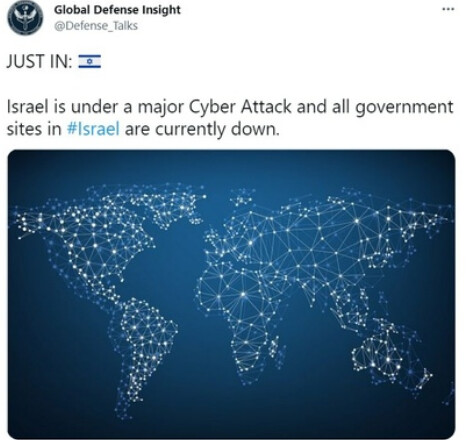 Yep, in fact, Iran said it was retaliation for two of theirs killed by Israel in Syria. And the state department said that our consulate was not the target……

You friend predicted it a long time ago! 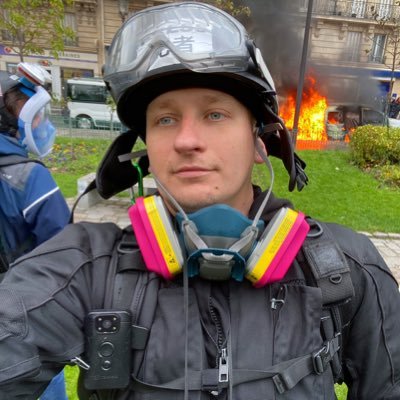 @Lukewearechange
We made this video in 2014, some of the info came true some of it did not but I think this video is worth a rewatch which you can do on YouTube.com/WeAreChange https://t.co/3ez3CzzCnn
1 Like
Didgevillage March 15, 2022, 9:11am #7 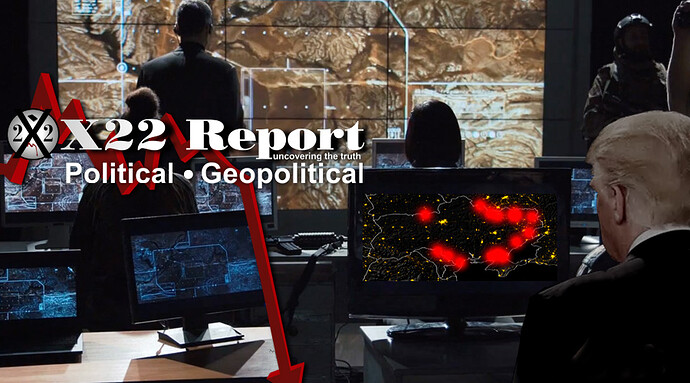 Well Didge, WW3 hasn’t happened yet, so can’t say the prediction of that has materialized………….yet.

Russia recognizes Taiwan as an inalienable part of China and rejects the island’s independence in any form, according to a joint Russian-Chinese declaration released on Friday.

“The Russian side reaffirms its support for the One-China principle, confirms that Taiwan is an inalienable part of China, and opposes any forms of independence of Taiwan,” the statement read.

The situation is still fluid, so we don’t know what will happen next.

Many predict Mainland China will invade Taiwan and destroy biolabs. Are the Mainland Chinese good guys? I don’t know.

No one’s the “good guys”
Nations do what is in their own best interests. That absolutely includes the United States. Thus policies that directly threatened both of Russia’s warm water ports at the same time. Which is what the conflict in Ukraine today is largely about.

I can see China reabsorbing Taiwan, and if NATO gets directly into it with Russia, I can see that being an opportune time to do so. But yeah, who can know with any certainty….

Concerning yesterday’s meeting between US and Chinese officials in Rome, the US delegation left pessimistic that China will reconsider their position with Russia

“It really is a project of Xi Jinping. He is totally, fundamentally behind this closer partnership with Russia,” the US official said. There is more scepticism lower down the ranks, but Xi and Putin have bonded over their shared view of the US as being heavy- and high-handed, and determined to end the period of US global dominance. 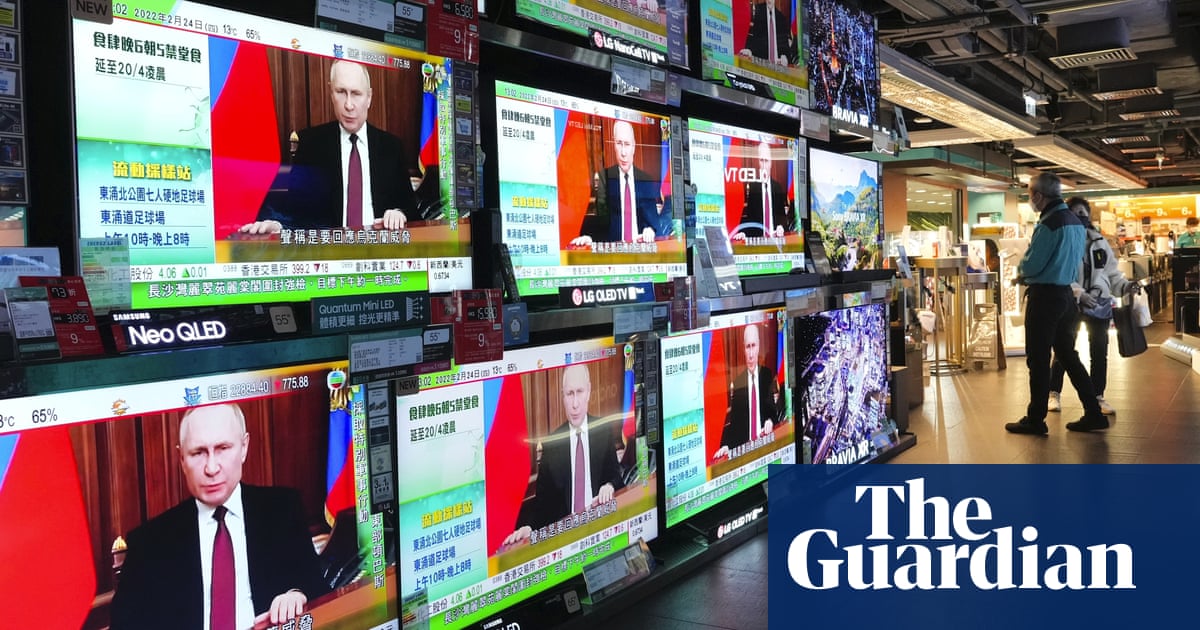 China has already decided to send economic aid to Russia in Ukraine conflict,...

“Khazarian” is code for “Ashkenazi or European Joos” who have roots in what is today Ukraine. This guy has often been right, not always. 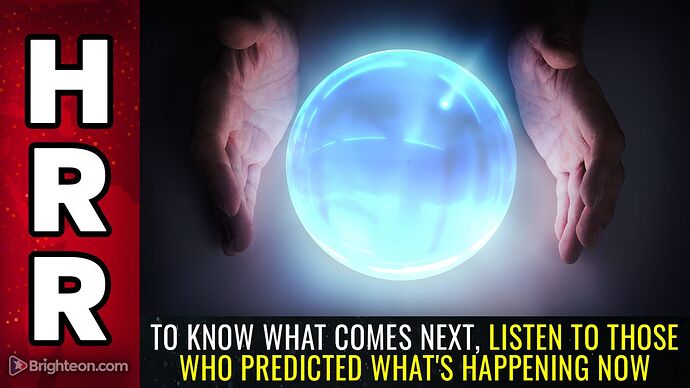 To know what comes NEXT, listen to those who predicted what's happening NOW

The commentary in that post is far too religious for my liking, and I don’t mix it with geopolitics at all……

China and Russia have been working together for years now, they both recognize that they must bury the hatchets of old and work together to balance the unipolar power that posses a threat to global security…. 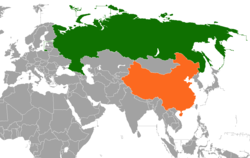 China–Russia relations, also known as Sino–Russian relations, refers to international relations between the People's Republic of China and the Russian Federation. Diplomatic relations between China and Russia improved after the dissolution of the Soviet Union and the establishment of the Russian Federation in 1991. American scholar Joseph Nye states: With the collapse of the Soviet Union, that de facto US-China alliance ended, and a China–Russia rapprochement began. In 1992, the two countries de...

Neither China nor Russia is monolithic, meaning there are political factions within.
Just like the US has all kinds of forces within.

Wikipedia is a mouthpiece of the Deep State.
Of course it’s convenient if you want to know the height of Mt Everest, the population of New Mexico, etc.

Well sure, every nation has its dissenters, and nations use those dissenters against their adversaries to their advantage. But if you’re going to dismiss the reality that Russia and China have been burying the hatchets of old and forging closer ties as a direct means to push back against the US lead unipolar world, which they see as a threat to global security, just because I sourced Wikipedia, Suite yourself….

I’m well aware that you only accept obscure individuals on authority of geopolitics, like the guys you’ve sourced just here this morning.

But one need only to have paid attention to what both Russians and Chinese officials have said in speeches and white papers these last couple decades to know that they are fed up with western (and primarily US) statecraft that perpetuates war and unrest, and is a threat to global security. And, AND these speeches and white papers lay out their ambitions to balance that order….

Problem is, this didn’t happen!!!

And THIS is what the present Russian/Chinese order is about….

In 1990, Charles Krauthammer declared a “unipolar moment,” arguing that “the center of world power is the unchallenged superpower, the United States.” To many observers, the word “moment” (or “illusion”) seemed an apt description of the durability of U.S. hegemony. International Relations (IR) theory—especially neorealism—predicts that the unbalanced power of a unipolar international system should catalyze the emergence of new great powers and a quick return to balance-of-power politics, in order to limit the power of the preeminent state and restore the system to its “natural” state of multipolarity. 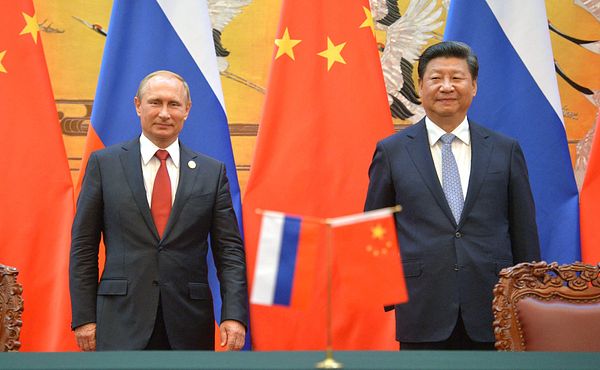 THE ONLY MEANS TO GLOBAL SECURITY IS A BALANCE OF POWER!!!

So what happens if NATO leaders headed to Kiev were to be hurt or killed?

Imagine someone in the US media with such courage…… 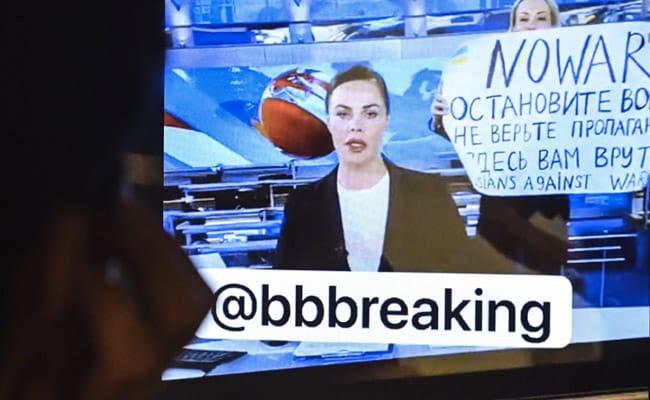 The incident, a highly unusual breach of security at Channel One, took place during its flagship news show called 'Time'.

Biden vowed to not only end the war in Yemen, which has resulted in one of the largest humanitarian crises in the world with hundreds of thousands killed and millions displaced, but said he would stop supplying arms to Saudi Arabia.
He said we’re ending all American support for offensive operations in the war on Yemen, including relevant arms sales." Bullshit . In November he sold $650 million in defensive aid to the Saudi government as it continues to get pummeled by Houthi forces.
The consequences of Biden’s lead-from-behind approach are clear. Americans now face an economic crisis not seen in forty years as inflation continues to mount, now reaching 7.9%. Oil prices continue their volatility well above the $100 mark.
China is threatening with invasion at Senkaku islands, which are located in the East China Sea. China was threatening to shoot down aircraft entering the area . U.S aircraft carriers and drones probing the waters around Chinese territory and the repercussions by far have not been warm, rather heated political exchange between the countries has taken place.
Iran is ready to engage in war , China and maybe N Korea smell weakness and will enter the mix . So what will the demoRATS do ? Well for starters the gave themselves a 21% RAISE !