Can’t say I am surprised by this latest numbers, but published by leftist rag USA today conducted this latest poll on Biden’s numbers.

A year before the 2022 midterm elections, Republicans hold a clear lead on the congressional ballot as Joe Biden’s approval rating sinks to a new low of 38%. A USA TODAY/Suffolk University Poll, taken Wednesday through Friday, found that Biden’s support has cratered among independent voters.

Opposition to Trump running for another term in 2024 stands at 58%, including 24% of Republicans.

If the election were today, those surveyed say, they would vote for their Republican congressional candidate over the Democratic one by 46%-38%. That outcome would make it even harder for Biden to pass legislation – and open the door to aggressive Republican oversight of his administration. 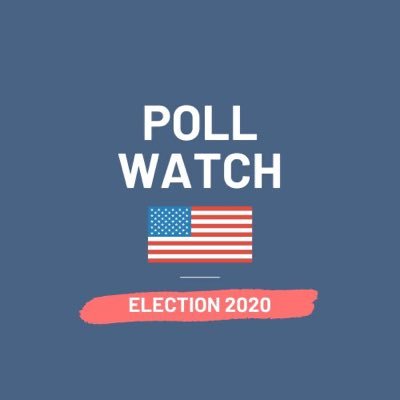 When did all of you Trumpers start believing in polls? Biden is governing with a mandate and he finally found his stride. Trump never found his stride and was a total disaster the whole time. Build Back Better is coming. Thanks Joe! 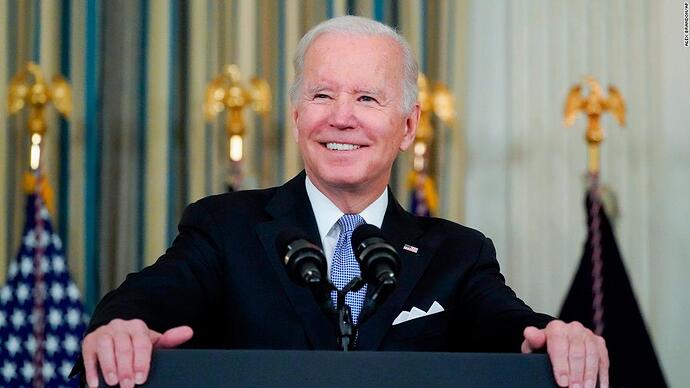 President Joe Biden's soon-to-be-signed $1 trillion infrastructure legislation is a direly needed political win and a vindication of his entire creed of politics. But on its own, it is unlikely to rescue a wobbling presidency as midterm elections...

When did all of you Trumpers start believing in polls?

When they put Biden in the same place that Trump lived for four years….

No one likes that geriatric piece of shit. Not even his own party. He only exists to be a vehicle for Kamala Harris to become the first female “black” president - unelected of course since no one would actually vote for her.

A year in political time is a lifetime….
This very bipartisan infrastructure bill will go a long way to rebuild America’s infrastructure and help Americans with jobs……and improve Biden’s numbers of course….

Trump had 99% of the established media against him. Yet his results were incredible.

Every Vice President is of course elected……

Because we had trump we can measure this utter failure of Democrats.

61% of the work force not WORKING.
Using the pandemic to make welfare bigger 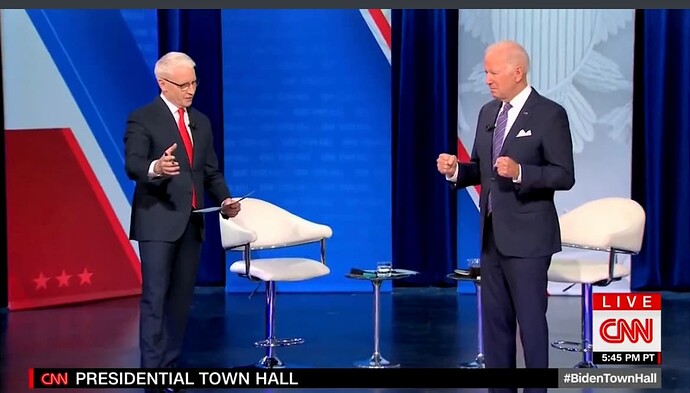 When you vote for the president their VP pick is a part of the ticket. No one voted for her directly. Considering she was dead last during the campaign…no one would have either. Not like it matters since Democrats need dead people voting for them on mail-in ballots anyway.

Todays crisis is the media

Gas will be 4 dollars nationwide soon, and the media won’t ask, hey why not drill here like we did under trump making us energy independent. You know creating high wage jobs, more investment, The media is part of this.

When you vote for the president their VP pick is a part of the ticket.

Well then tell Democrats not to cheat lol

You revealing just how much of a sheep you by quoting CNN as a credible source is pretty hilarious on its own merit but then I digress!

And I seriously think you have some major confirmation bias issues to even pick up a slight detail in the OP that USA today is a leftist publication. Just in case you missed it, this is not some conservative news source publishing these numbers. I don’t expect you to be that intelligent enough to even acknowledge that minor detail in the grander scheme of things, but here you are assuming in your typical hegemonic terminology with the use of such phrases as “Trumpers” that we pay attention to polls. Where did you go to high school again?

Excuse me? Trump brought in more manufacturing jobs than the last TEN Democrat presidents combined.
Jim Crow Joe has LOST all those jobs.

His mandate is to make America Venezuela.

Except for the running mate of Jim Crow Joe. Neither of those Nazis were elected legally.

Polls favor the Democrats. For Jim Crow Joe to have sunk this low in a polls that calls 75 percent goose stepping Democrats is a disaster, not just for any hopes of him getting reelected (as if his deteriorating mind could handle four more weeks, much less four more years) but for him surviving the House Speaker McCarthy House and the IMPEACHMENT he so richly deserves.

Trump was clearly the most popular president of all time. He earned it. He accomplished more good for America in a shorter period of time than any other president in history. It took the Obama Virus to slow the Trump economy down. It was expanding until Jim Crow Joe took over and Executive Ordered the whole thing down the shitter.

When they put Biden in the same place that Trump lived for four years….

Trump, Trump ,Trump , what the fuck the OP is about BIDEN . ASSHOLE 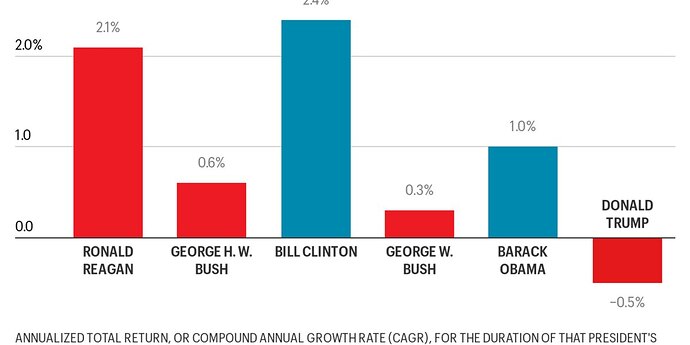 The number of employed Americans fell by 3 million during Trump's time in office.