Benjamin Franklin's foresight. How did he know?

I decline to say he was right or wrong. You decide.

"I fully agree with General Washington, that we must protect this young nation from an insidious influence and impenetration. The menace, gentlemen, is the ■■■■■ In whatever country ■■■■ have settled in any great numbers, they have lowered its moral tone; depreciated its commercial integrity; have segregated themselves and have not been assimilated; have sneered at and tried to undermine the Christian religion upon which that nation is founded by objecting to its restrictions; have built up a state within a state; and when opposed have tried to strangle that country to death financially, as in the case of Spain and Portugal.

"For over 1700 years the ■■■■ have been bewailing their sad fate in that they have been exiled from their homeland, they call Palestine. But, Gentlemen, should the world today give it to them in fee simple, they would at once find some cogent reason for not returning. Why? Because they are vampires, and vampires do not live on vampires. They cannot live only among themselves. They must subsist on Christians and other people not of their race.

"If you do not exclude them from these United States, in this Constitution in less than 200 years they will have swarmed in such great numbers that they will dominate and devour the land, and change our form of government, for which we Americans have shed our blood, given our lives, our substance and jeopardized our liberty.

"If you do not exclude them, in less than 200 years our descendants will be working in the fields to furnish them sustenance, while they will be in the counting houses rubbing their hands. I warn you, Gentlemen, if you do not exclude the ■■■■ for all time, your children will curse you in your graves. ■■■■■ Gentlemen, are Asiatics; let them be born where they will, or how many generations they are away from Asia, they will never be otherwise. Their ideas do not conform to an American’s, and will not even though they live among us ten generations. A leopard cannot change its spots.

“■■■■ are Asiatics, they are a menace to this country if permitted entrance and should be excluded by this Constitution.”

Were this not a fake–a fake notes by Pickney --created by a Nazi, this would be an interesting debate. BUT it’s fake.

I don’t think so.
Both Franklin and George Washington must be turning in their graves looking at America today.

Even if nazis fakes this, their foresight worth admiration.

They were certainly outspoken against tyrannical banking,

But this quote is fake. It appeared in the 30’s.

People called ■■■■ who don’t follow the commandments are not “■■■■■■ Don’t help them to deceive people.

Cement that into the brain.

These globalists were there before the USA. They were god-less. Judaism is a religion. period.

The modern semantics used is a dead giveaway. It’s fake but has some grains of truth if you notice the headlines lately e.g. Jeffrey Epstein and Ghislaine Maxwell.

Besides all the other things, take them to task for calling themselves ■■■■■■■ when in fact they clearly renounced Judaism and pledged themselves to whatever dark craziness they ritualize. Even that they don’t believe in.

They only believe, “Do what thou wilt, shall be the whole of the law.”

That’s not only fake, it’s bullshit! America was founded on Christian/Judeo principles…despite anything the Kenyan Muslim said.

Don’t forget that the teachings of Jesus were a denial of traditional Judaic values, which during his life-time (whatever that means) were represented by the Pharisees.

Do what thou wilt, shall be the whole of the law.

Isn’t that the saying of Aleister Crowley, the noted English satanist? 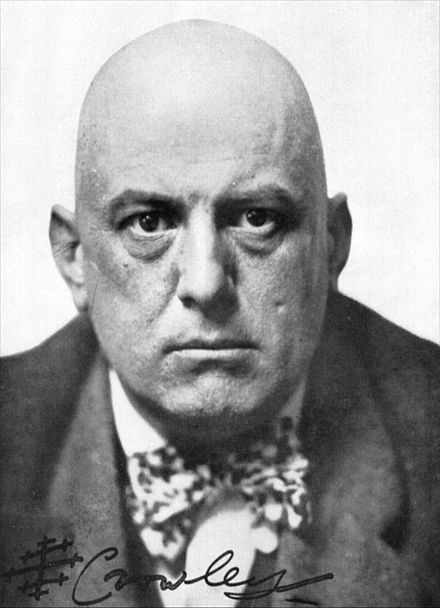 Some think Barbara Bush was his daughter.
I’m not surprised.

Yes. But he also saw himself as even better,. Satan’s Satan.

Don’t forget that Jesus was a J e w …and He did not deny all Judaic values. Hence we have the Old and New Testaments.

There were many sects within that religion around that time.
According to Dr Barbara Thiering of Melbourne University, Jesus belonged to the Essen group and the New Testament as well as the Dead Sea Scrolls were their documents written in the style called “Pesher.”

Pesher is a technique to give a surface meaning which hides a real meaning and you need to decode the text to get to the real meaning.

This also explains all the miracles. For example:
Walking on water: Only the priest class of the Essene were allowed to walk on a plank between the shore and a small boat while traveling on the Dead Sea. (Their community was located at Qumran by the Dead Sea.) Jesus was not of the priest class, therefore he was not to use a board but was to wade in the shallows and yet he walked on the board. When his disciples saw him do this (“walking on water”), they were very afraid because it was a breach of an Essene law.

Turning water into wine: During his wedding (to Mary Magdalene, a divorced woman) water was served to common guests, but he instructed that wine be served. Thus water was turned into wine.

Virgin birth: In the Essene dynasty, the king and queen can have sex only at a certain time of the year. Joseph broke this law and Jesus was born in a wrong month (Mary became pregnant in a month while she was a “virgin.”) This put his legitimacy in question and some in the group said his brother James should be the future king although Jesus was the first-born. But a Essene priest whose name was Gabriel said Jesus was legit.
Anunciation by Angel Gabriel

image700×320 119 KB
It wasn’t actually Angel Gabriel, but a priest by the name of Gabriel who supported Jesus’ political legitimacy.

Resurrection of the dead: Jesus permitted banned (“dead”) Lazerus for an infraction to rejoin the community, thus he “rose” again.

Names of Jesus, Joseph, Mary, etc. were all titles given to the royalty. We don’t know their real names, except for Jesus whose real name was Emmanuel.

Jesus did not die on the cross. He was on the cross for a few hours and hastily taken down and brought to a cave nearby where healing herbs were administered. On the cross, a Roman soldier poked at his chest and he bled. Dead bodies don’t bleed after being dead for hours.

After the revolts against Rome by the radicals failed, these people moved to Rome and founded the first Christian community. In Palestine, only the Talmudic teaching (Pharisee) survived.