Basic Rights in the US

Here you go @Thehollowmen you claim health care is a basic right.

Is the right to keep and bear arms.

Here you go @Thehollowmen you claim health care is a basic right.

Should be, but not codified as a law or amendment.

Is the right to keep and bear arms

As long as it is codified as the 2nd amendment it is.

So where is my government bought gun and ammo?

Healthcare is a right.

We sacrifice the right of choice for another healthcare right?

People have a right to make poor lifestyle choices which they do every day. ^)% of Americans are fat asses and are over weight or obese. 30% have hypertension, 30% have high cholesterol because of their choice. A small minority have genetic issues causing overweight conditions.
Somehow you feel the rest of the country should be burdened with their right to make poor lifestyle choices and assist in paying for their healthcare. 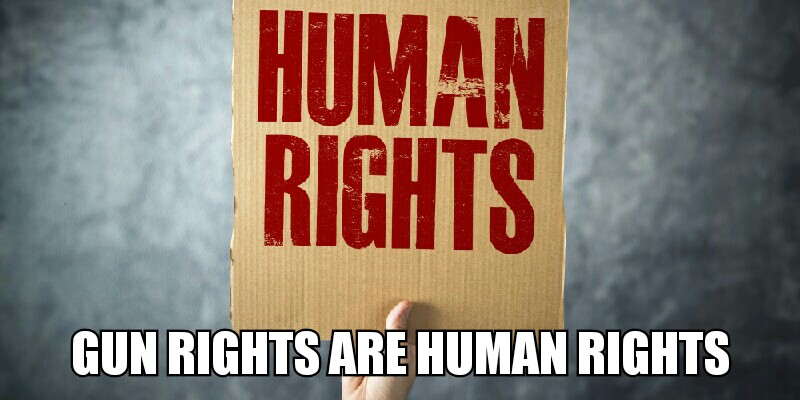 Every human being deserves the absolute right to self-defense. Any person or government seeking to take guns away from a person is in violation of this basic human right. The most vulnerable among us need this human right more than any other. Trying to take this right away means you want people to become helpless victims. What kind of evil monster would deny others their basic human rights?

Why would the government give you guns for free?

To show they aren’t afraid of armed populist exercising their rights to defend themselves against said goverment.

Notice that when we speak of this right, or any other, we aren’t expecting others to be forced to provide it? The right to bear arms implies the right to acquire them for yourself. But somehow this right to heatlthcare is a right to have it provided for you, you don’t even have to ask someone for their voluntary charity on your behalf, but it’s an obligation you’re owed just because you’re here.

2A does provide you with something. It provides you the right to bear arms. It give you the lane to purchase gun for whatever reason you see fit

And nothing in the Constitution makes it the federal government’s business to look after the welfare of individuals. Not one thin dime’s worth. The most it does is through the 9th and 10th Amendments, never mind the doctrine of delegated powers by which it was constructed, to prevent the federal from lawfully interfering with your efforts to acquire goods and services as you see fit.

When this country was founded everything not otherwise forbidden was lawful. It took insipid progressivism to pollute our system till everything is regulated and licensed, where most things aren’t lawful unless you get some form of permission.

Why would the government give people health care for free? A right is a right.

I’m poor. I need a subsidy.

Well, I just tapped my next two paychecks because there was this really awesome pair of boots I just could not live without!

Now, I have to go to the doctor because I think I might have the flu. But I can’t afford that.

Can the government please help me out?

You could use part of the 2500 from the ACA to pay for the doctor instead of saving it.