Based President Trump Triples Down: 'If You're Not Happy Here, Then You Can Leave'

All that’s left is for him to call Rosie O’Donnell a fat slob of a coward who’s too spineless to face him in the presidential election and we’re back to classic Donald Trump again.

President Donald Trump is not backing down from calling on progressive Congresswomen critical of the U.S. to move out of the country, saying Monday, “If you’re not happy here, then you can leave.” 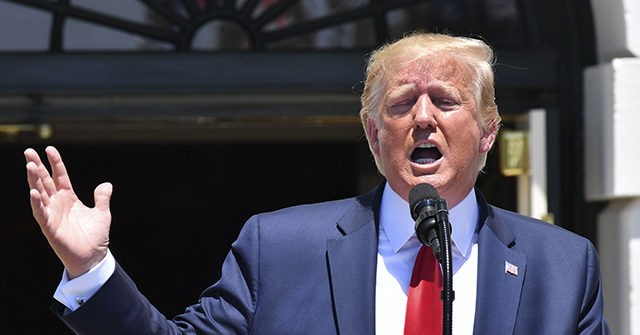 Trump Triples Down: 'If You're Not Happy Here, Then You Can Leave'

Trump isn't backing down from calling on Congresswomen critical of the U.S. to move out of the country, saying "If you're not happy here, then you can leave."

POTUS needs to keep doing this. He said what a great many people are thinking right now. He’s a big enough man to take the flak and keep doing business, his way. I’m starting to think he loves it. As a matter of fact, I think he uses it for fuel to get out of bed in the morning and go kick some ass.

God thank you for my president! In a modern day when soyboys pussiees can’t even have an original thought, our President steps right up and says it like it is! He literally shatters their make believe world and that is priceless!

I really hate calling a group of freshman congresswomen “squad” but if the squad thinks that their hot air press conference had any positive effect on public perception of them they are sorely mistaken. Although what’s the old saying…never interrupt an enemy while they are making a mistake?

“If you’re not happy here, then you can leave”

I can think of a wide range of situations where this statement would apply and completely ring true.

He just quadrupled down.

Those Tweets were NOT Racist. I don’t have a Racist bone in my body! The so-called vote to be taken is a Democrat con game. Republicans should not show “weakness” and fall into their trap. This should be a vote on the filthy language, statements and lies told by the Democrat.....

When you think about it this really falls on Nancy! We are literally seeing the end of Nancy’s political career!

I think that’s right. If she wants to have a positive legacy amongst her peers she will need to get these little twits under control.

Trump planned this out, set the traps, and caught them all. Now these jackasses are the face of the DNC. Brilliant move by a brilliant man.

I really don’t agree that Trump had a “master plan”. I think you are giving Trump a little too much credit in this regard.

I also think you are giving Democrats too much credit. I think this whole situation is simply due to the fact that the Democrats allowed the faces of their party to have socialist tendencies who cannot keep their mouth shut.

The dems leading presidential candidate (Biden) can’t stop gaffing. Bernie wants criminals to vote and thinks white people don’t know what its like to be poor.

Their new members of congress are anti-American, pro antifa, and have no fundamental understanding of economics.

The truth is… Trump doesn’t even have to try.

I think Trump had a plan but being a shrewd businessman that he is he made plans that could change to fit different situations.

What is taking place in the Democratic Party was foretold by Thomas Jefferson. In 1782 Jefferson wrote:

Too Rapid Growth by Immigration

Is rapid population growth by as great importations of foreigners as possible… founded in good policy?.. They will bring with them the principles of the governments they leave, imbibed in their early youth; or, if able to throw them off, it will be in exchange for an unbounded licentiousness, passing, as is usual, from one extreme to another. It would be a miracle was they to stop precisely at the point of temperate liberty.

These principles, with their language, they will transmit to their children. In proportion to their number, they will share with us the legislation. They will infuse into it their spirit, warp and bias its direction, and render it a heterogeneous, incoherent, distracted mass… If they come of themselves, they are entitled to all the rights of citizenship: but I doubt the expediency of inviting them by extraordinary encouragements." --Thomas Jefferson: Notes on Virginia Q.VIII, 1782. ME 2:118

It burns my ass hearing Ilhan Abdullahi Omar tell us how screwed up our country is. She has no vested interest in America. Being born in a shit-hole country and not becoming a US Citizen until 2000 she has a lot nerve telling us what is wrong with our Country.

We invite these people here, give them all the social aid they can handle provide them with a first class college education and the first thing they do is bite the hand that fed them.

She is a dyed-in-the-wool Muslim. One cannot expect her to EVER promote the Constitution of the United States. She longs for Sharia Law and rules of behavior written 1400 years ago by a lunatic, pedophile, goat fucker, Muhammad.

She can get her ass back to Somalia on the next flight available.

Problem is she and others like her are using our Constitution against us. 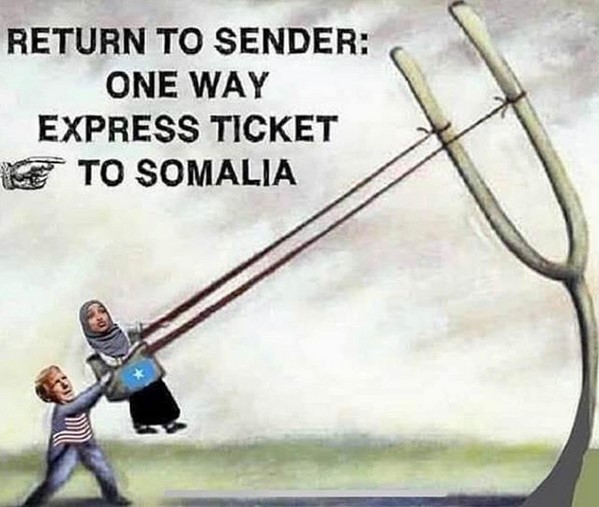 …and our PC, bleeding heart liberals allow it by way of labeling a theocracy disguised as a religion a RELIGION and granting it all the protections afforded under our constitutional right to freedom of religion.

“Congress shall make no law respecting an establishment of religion , or prohibiting the free exercise thereof; …”

The main problem with Islam is that it demands that all people convert to it or be killed. This has been a tenet of Islam ever since the demented pedophile, Muhammad founded the theocracy. 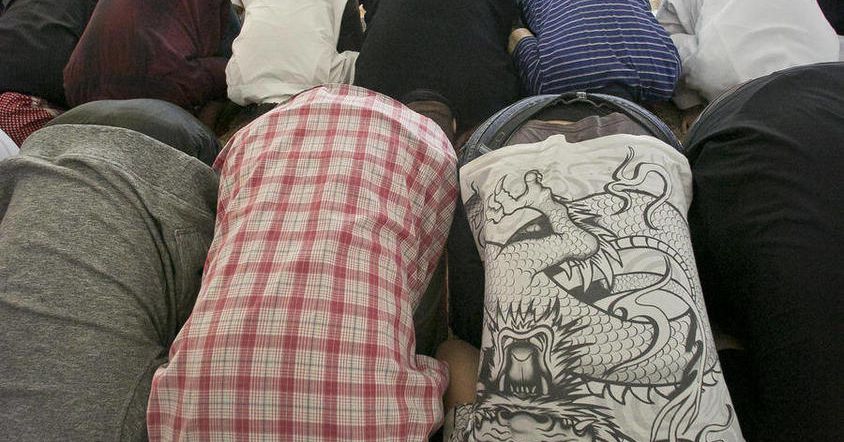