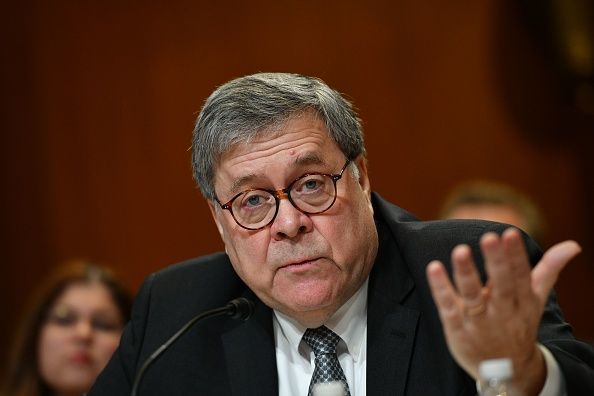 Watch: William Barr to testify at a Senate hearing after reports of a... 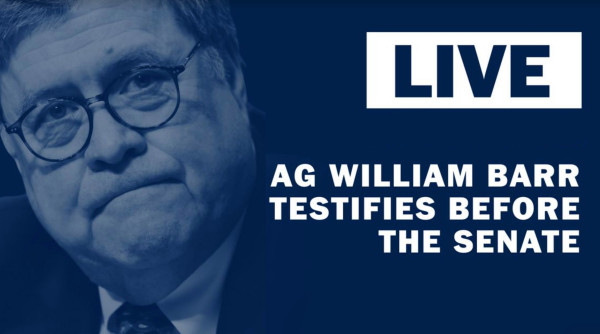 I began listening to the hearing and am totally fed up.

Mueller leaks his letter to the NYT’s. Not a big surprise as information was leaked during the entire investigation. Mueller continues his partisan attack.

The left continues the attack.

Trump will likely face impeachment on the thinnest of grounds.

How can this nation ever heal with the buffoons in congress fueling the hatred and divide as the right will retaliate with the next democrat elected to the WH.

All because Clinton fooled most libs with her lies. She is the body of Satan.

Trump wont be impeached. Look at how many times impeachment was predicted. Even "he’ll be impeached in 6 months after election ". Pelosi knows better.

All because Clinton fooled most libs with her lies. She is the body of Satan.

It doesn’t take much to “fool” useful idiots into believing something they want to be true and who are willing to ignore all transgressions of their messiah. When Hillary speaks, the libs cheer…no matter what she says.

Or what ridiculous fake accent she says it in.

Sheldon Whitehouse is an idiot.

And what’s to be gained by this hearing?

I think the only significant gain will be that the public (those who listen to and watch the proceeding) will have a fuller understanding of both party’s agendas.

Both parties will continue to present issues in the light of their own convictions. The problem the liberals have is that the Mueller report did not reach the conclusion(s) they wanted.

The problem the liberals have is that the Mueller report did not reach the conclusion(s) they wanted.

So now… is it any wonder that what we are seeing with liberals is cognitive dissonance as a comorbid condition with Trump-Derangement-Syndrome?
They will be blubbering idiots before it’s all over.

One would think that the country recognizes that the attempt to unseat the president has failed, and that it deserved to fail. If he is to be removed from his office, it will be by the electors, and not by a Democratic lynch mob cheered on by the now largely disgraced national political media.

The democrats and media has shown almost superhuman self-discipline in ignoring and implicitly denying the existence of the evidence of this wrongdoing. The failure of elected officials, and of the journalists and commentators that the country has in the past relied on for serious and fair reporting and analysis of important political events, will certainly weigh even more on their future. The price is being paid. At one time the Denver post had 600K daily subscribers. As of March 2016, it has an average weekday circulation of 134,537 out of a potential 2 million households not counting the outstate area. A paper with 600 employees now 60 employees. They blame it on the internet and cannot look at their product.

Hopefully the Democrats will pay for their dishonesty at the polls in 2020. And the national political media will require a very long time to recover the confidence of the American people that they have squandered.

CNSNews.com) - Attorney General William Barr told the Senate Judiciary Committee on Wednesday that he learned at a March 5 meeting that Special Counsel Robert Mueller was not going reach a decision on whether President Donald Trump obstructed justice.

“And we were, frankly, surprised that they were not going to reach a decision on obstruction. And we asked them a lot about the reasoning behind this and the basis for this,” Barr said in his opening statement, which continued as follows:

Special Counsel Mueller stated three times to us in that meeting, in response to our questioning, that he emphatically was not saying that but for the OLC (Office of Legal Counsel) opinion, he would have found obstruction. [The Justice Department Office of Legal Counsel has generally ruled that a sitting president cannot be indicted.]

He said that in the future, the facts of a case against a president might be such that a special counsel would recommend abandoning the OLC opinion, but this is not such a case.

We did not understand exactly why the Special Counsel was not reaching a decision, and when we pressed him on it, he said that his team was still formulating the explanation.

Once we heard that the Special Counsel was not reaching a conclusion on obstruction, the deputy (Rod Rosenstein) and I discussed and agreed that the Department had to reach a decision. We had the responsibility to assess the evidence set forth in the report and make the judgement.

The powers he was using, including the power of using a grand jury and using compulsory process, exists for that purpose – the function of the Department of Justice in this arena – which is to determine whether or not there has been criminal conduct. It’s a binary decision. Is there enough evidence to show a crime? And do we believe a crime has been committed?

We don’t conduct criminal investigations just to collect information and put it out to the public. We do so to make a decision.

Their expectations were spawned by their expected outcome of the 2016 election…that Hillary’s coronation would occur in January 2017. When Trump defeated her sorry ass, the drive was on to negate the election by unseating President Trump by any means necessary.

This prompted several things, all of which were orchestrated by Obama and his henchmen:

Crazy Mazie Hirono is a bitch on a mission.

Kamala Harris doesn’t know the difference between infer and imply.

She is also an arrogant ass.

Just your typical Democrat. Pandering to the lowest common denominators.