Baltimore anchor woman was canned after asking and phrasing a question like this to her interviewee:

The anchorwoman began receiving backlash on Thursday after she interviewed Whitehead on-air and asked about the last three Baltimore mayors — Sheila Dixon, Stephanie Rawlings-Blake, and Catherine Pugh, who resigned last week amid state and federal investigations into sales of her children’s book.

“We’ve had three female, African-American mayors in a row. They were all passionate public servants. Two resigned, though. Is this a signal that a different kind of leadership is needed to move Baltimore City forward?” Bubala asked Whitehead.

When looking at this story and I asked if the news anchor was black would she get the same backlash as Bubala was getting?

How many times do we hear that white men have been in leadership positions too long?
I confess that I withheld my sympathy towards her until such time that I know whether she is a lib or not. White libs often assume that everyone KNOWS that THEY are not racist or sexist and that therefore they can ask questions like that. And sometimes that is true. But sometimes they get eaten by their own. While it is possible the TV anchor leaned right, I have my doubts that a right leaning anchor could have survived in Baltimore as long as she did. So… in the end, I simply noted that the thought police are alive and well in Balmor.

On the matter of the mayors themselves, and many of the other leadership positions in the Baltimore government…masterful incompetance, corruption, and liberalism seem to be requirements. Black women hold no monopoly over those traits but do seem to excel at them.

And most wonder why the “media” walk on eggshells when dealing with blacks .

Same with lots of us. I’d be scared shitless if I had to work with many black people today. With some of them, one wrong metaphor, or one wrong commonly used phrase in engineering design … like “master-slave” to indicate a controller configuration …or one wrong use of common words containing “black” in them and BINGO…you won a trip down to HR.

I worked with a smart and confident black female 40 years ago, no problem. I worked with a number of average black people in the greater Washington metropolitan area 25 years ago and I had to walk on egg shells. Now… I occasionally work with a black engineer or program manager and no problem. But who needs that threat hanging over their head?

On a related note. 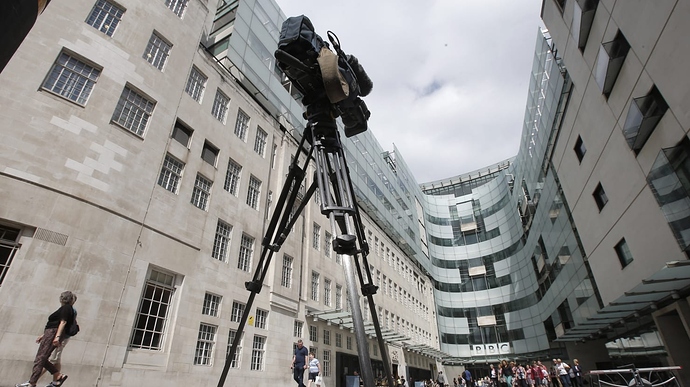 Broadcaster denies he was being racist.

But what’s missing is the fact that this guy has compared the royals with circus animals before… regardless of the fact that they were all white. But of course, libs only see race and they must have thought “hmmmmm… monkey…negro… that tweet is racist”.
So the BBC guy was fired as a sacrifice to the liberals’ white guilt.

Walk on egg shells? How about ignore.

Look at Detroit and most major US cities all of the corruption ignored by the media.

Here is another case. Lib Democrat is sure that EVERYBODY KNOWS that she is not racist. Only Republicans can be racist. So its OK for her to use the n word.

She asked a fair question. Should people who reside in Baltimore have to continue down this path just because? Is asking questions about what appears to be a negative pattern now forbidden in this country? I don’t view myself in the same camp as the accelerationists we have here but God damn something’s got to give with this crazy PC bullshit.

Pointing out the failures of leftwing policies and politicians is forbidden.

Hart was forced out of the 1988 presidential race after journalists reported on his affair . Reporters quietly said getting the Jessie Jackson assignment was a career ender . All the reporters knew Jessie was a huge womanizer and had many affairs but reporting it would end their career . Jessie got a pass for calling ■■■■ “Hymie” and New York City “Hymie-town,” .

Well, the term Hymie was from “Hymie Weiss,” a Notorious Gangster rival who worked for Dion O’Bannion, Capone’s rival in Chicago. Maybe there is two different meanings with different connotations here, but Hymie was an actual name of a person.

Maybe there is two different meanings with different connotations here, but Hymie was an actual name of a person.

You must be kidding ?

Hymie is derived from the stereotypical ■■■■■■ name Hyman .