The Chief Minister for the Northern Territory of Australia is a fast-talking little man of notoriously intemperate disposition named Michael Gunner. These are usually the most dangerous as history is replete with examples. What is disturbing about this is that reports about the ADF rounding up Aboriginal people to force them to take Vaccines has been confirmed. Its people like these along with Daniel Andrews that I would like nothing more than to see swinging from trees. Yes its gotten that severe with the tyrannical measures that the Australian authorities are continuing to get away with. Makes you wonder had its citizens not decided to give up their rights to own a firearm whether or not these same officials would be so bold and in your face about forced vaccinations compliance.

After several reports surfaced both nationally and internationally, sharing first-hand accounts of the Aboriginal people in region, Minister Gunner announces publicly that he is not harming the native aboriginal tribes with his mandatory vaccination program. Gunner has activated the Australian Defense Forces, aka the Australian military, to round up the tribes in an effort to save them from the virus. There are no stable-minded leaders anywhere in the world who talk like this in public. None. “ The more he spoke of his honor, the faster we counted the spoons .”

If the culture you are attempting to preserve has been around for at least 10,000 years, far longer than your presence in their company, you might consider their natural tribal longevity in the policy you inflict. Of course, in the modern era of COVID madness, the mini fascists have lost all connection to common sense. 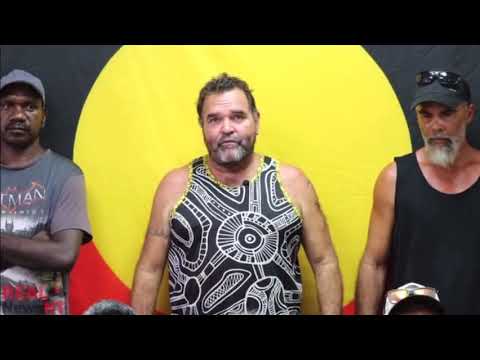 Not much different in dem Cities .

I hear Democrats are holding them down and jabbing them

In Australia? Ha! That some trick!

Here is the full video detailing the plea from the Aboriginal people. 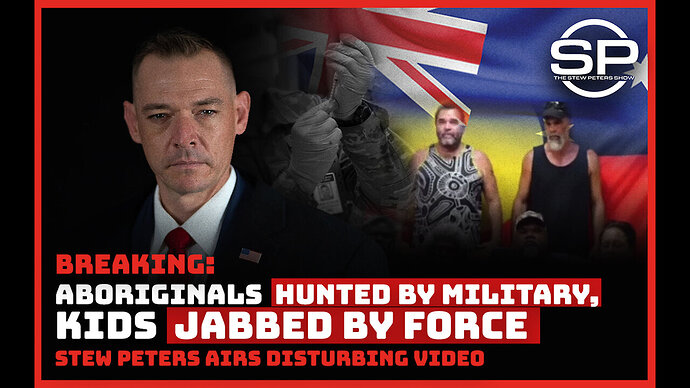 The Stew Peters Show is tracking the Aussie Aboriginal abomination, and we are dedicated to exposing what's happening to FREE CITIZENS in Australia. Stew Peters shows a video of a tribe begging for he

This speech telling Australians that maybe its time for them to show civil disobedience is a fantastic moment to watch!