This is pretty telling that things are starting to boil over in terms of the “Authoritarian Government” that Democrats are trying to assert by taking advantage of the Covid-19 crisis. Kicking some liberal asses with old fashion protest is whats needed.

Hundreds of freedom-loving patriots, some of them armed with rifles, stormed Michigan’s State House on Thursday to protest stay-at-home orders — and melodramatic lawmakers wore bulletproof vests to protect themselves.

The protesters forced their way into the Capitol in Lansing to urge officials to end a state of emergency as Michigan continues to battle one of the worst outbreaks in the country. Thursday’s event reached a climax when Capitol police moved in to protect lawmakers as protesters tried to storm their way into the chamber, the Detroit Free Press reported.

In one scene, several men armed with rifles made their way into the public gallery and began shouting at senators on the floor beneath them, according to an account by one lawmaker. “Directly above me, men with rifles yelling at us,” Michigan State Sen. Dayna Polehanki wrote on Twitter, sharing a photo of the demonstrators. “Some of my colleagues who own bullet proof vests are wearing them. I have never appreciated our Sergeants-at-Arms more than today.” 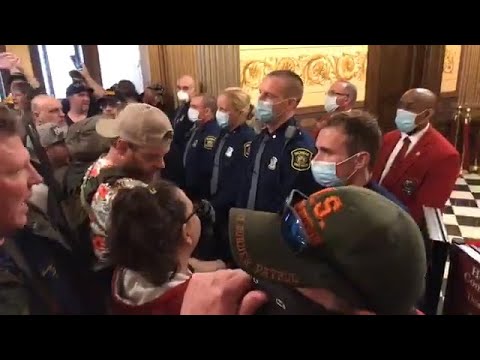 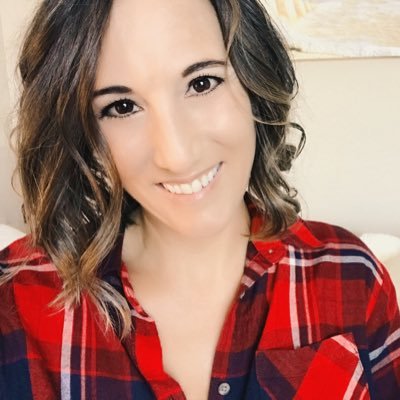 Hey Governor Whitmer, maybe you could learn from a Governor from South Dakota - Governor Kristi Noem about how you can NOT issue any “stay-at-home” restrictions without losing trust in your people!
But you won’t! You rather be power-grabber and be the dumbass Democrat that you are. It’s no wonder why none of your people trust you.
Hell, I wouldn’t. And I don’t! I am hoping to vote your ass right out! 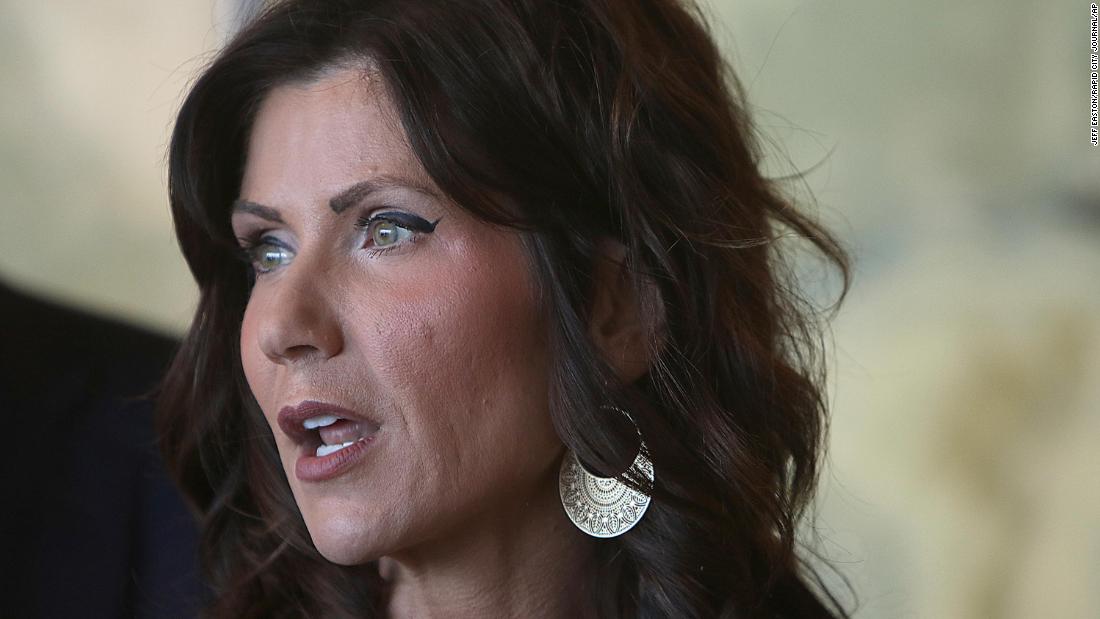 South Dakota Gov. Kristi Noem is facing increased scrutiny over her refusal to issue a stay-at-home order as a coronavirus outbreak at a major pork processing plant in her state raises new concerns about the nation's food supply. 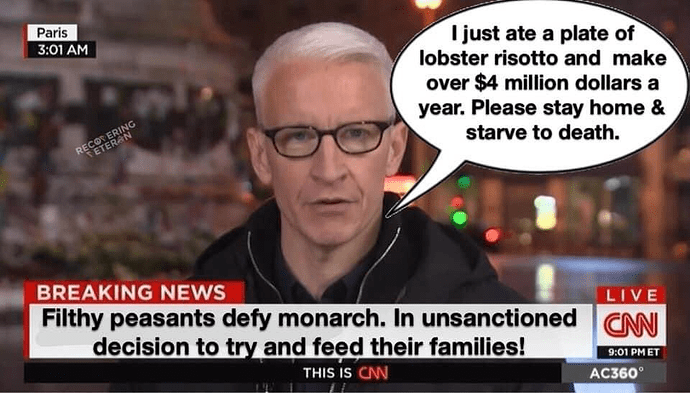 This from a pilot who charted a flight path

Ed Frederick, 45, spent about an hour charting a path over Grand Rapids that spelled out this message for Gov. Gretchen Whitmer: “F U,” with an arrow pointing directly over the governor’s mansion. 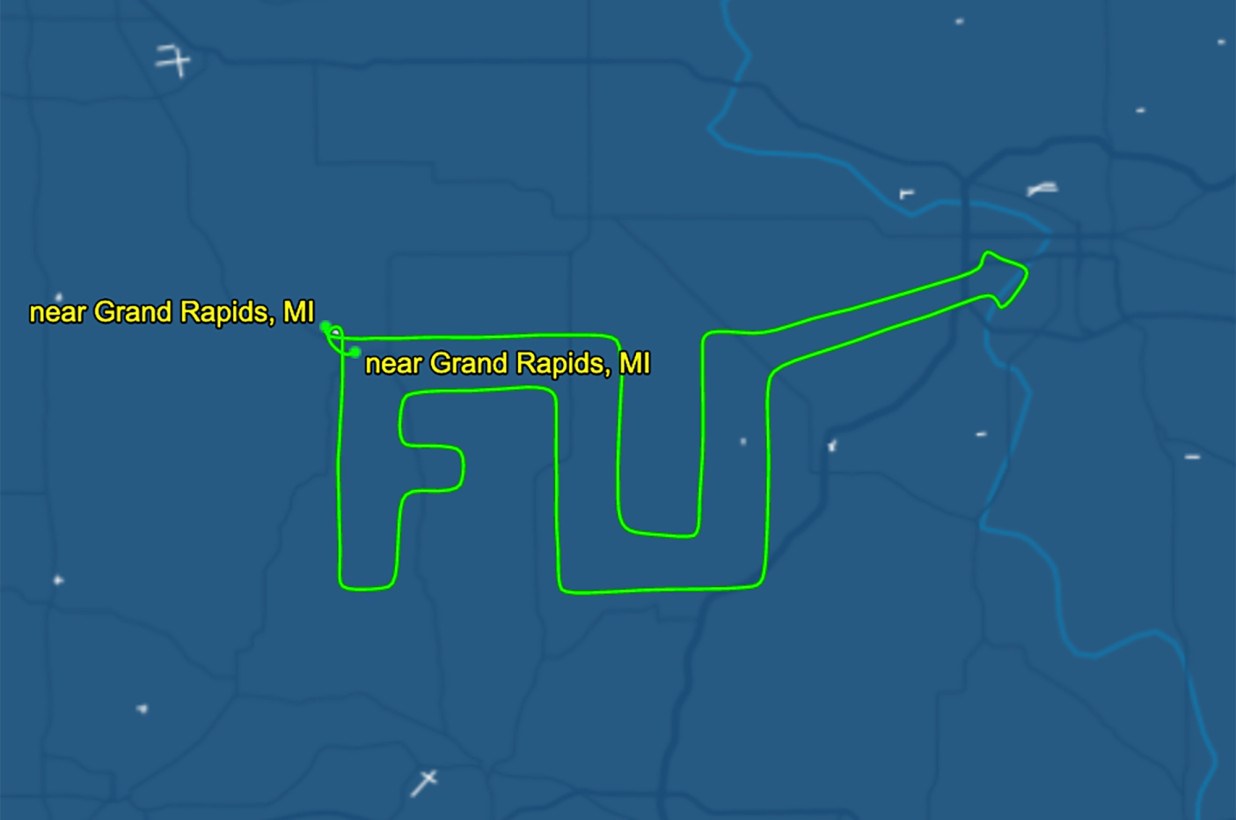 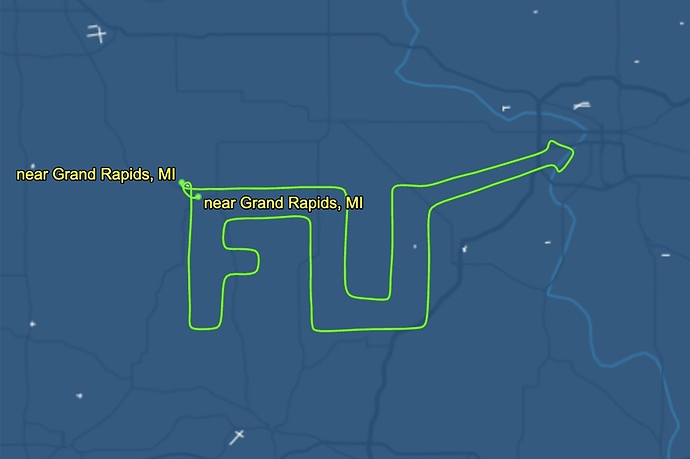 This frustrated Michigan pilot gives a literal flying you-know-what about his governor’s lock-down order. Ed Frederick, 45, spent about an hour charting a path over Grand Rapids that spelled …

I’m sure the Michigan House voting to sue commie Whitmer has nothing to do w/ all the patriots storming the capitol with their AR 15’s. 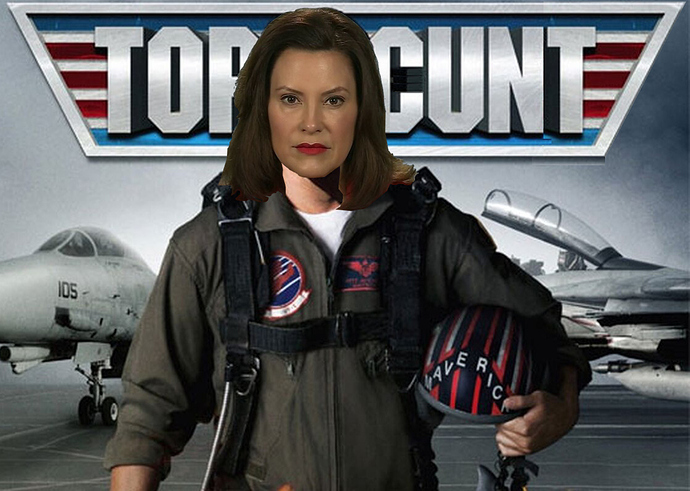 We CANNOT be complacent and let libs cheat their wretched way to any election “win.” Our national sovereignty will cease to exist if it happens. They have already eroded so much of it under the guise of COVID humanitarian reasons. The same political party jonesing to kill the unborn under the guise of choice portray themselves as humanitarians. We The People call bullshit. Their end game is to open all borders of western civilized nations, import uncivilized populations and impose one world rule. Kiss any type of freedom, self reliance good bye.

It’s now mandatory to wear masks in stores and other places now. I have no problem with that. I wear one when I go to the stores. Not because, it’s mandatory. But I don’t want some jerk sneezing on me in line - even at six feet in distance. Some of these people don’t even cover their mouths anyways. From what I heard, that can travel two miles.
I wear the mask out of health reasons - mine.

I do have a problem, when our Governor doesn’t seem to understand, she has already “killed a lot of businesses” here. Some of that will never be coming back. There is this place I used to go a lot for some good Chinese food. They are forced to “go out of business” because of the lengthy lockdown.
Just like everything else, there’s always a double standard.