" Where did all the people go?

A month (or more) ago I posted about how there was a shortage of workers (A shortage totaling about 30 million people)with only 7 million people on unemployment. If the country is in a recession, and 7 million are on unemployment, and despite the recession 30 million jobs need to be filled with no one available to fill them, then 20-30 million American people have to be dead. BY THE NUMBERS. There’s no way out of it. These are not covid deaths either, they are VAX DEATHS, THIS IS WHERE ALL THE PEOPLE WENT, THE VAX KILLED THEM. This has been censored, but in ONE case the truth got out. Youtube is not censoring this particular video because they know damn well it will just be posted again, too many people have this.

Over a month after I first mentioned this and gave all the numbers, it is still being talked about. Jobs are not filled because there is no one to fill them. If there is no unemployment now, and STILL 30 million job openings, where the hell did all the people go? Remember those body bag vids???

They pulled off an enormous genocide and no one knew because big tech and the MSM censored it. They did it with ■■■■■■ doctors and a ■■■■■■ owned medical system, buried it with a ■■■■■■ MSM and ■■■■■■ owned big tech, and made it happen with a ■■■■■■ infiltrated and controlled government structure. They hid it by buying up all the dead people’s homes with bailout money so there’s not a glut of houses with questions attached on the market. If there was no genocide, then try to explain that video I posted yesterday and linked in this report, which shows a half hour of some guy scrolling through the channel 7 facebook post that backfired and got filled with people saying the vax killed their families and others they know. That video only shows a portion of them, there were over 40,000 posts saying similar things to the facebook page of ONE local television channel and if you kept tabs on that, they were deleting those posts rapidly and STILL peaked at over 40,000. Those posts vastly outnumbered the deaths in Vaers all by themselves. Thats what happens when for some odd reason censorship fails to rear it’s ugly head effectively enough to totally smash the truth and only accomplishes a partial job.It is good that people are finally asking questions about how we have 30 million jobs open with no one to fill them AFTER unemployment expired. The pants have been pulled off this ridiculous scam, if those people are not dead they are disabled and twitching while con job “doctors” who know damn well those are war injuries keep repeating: " It wasent the vax. It wasent the vax. You are an anti science nut job, IT WASENT THE VAX. OH POOR ISRAEL, THEY HAVE IT WORSE AS THEY GO INTO A FOURTH ROUND OF SHOTS, and they are not all twitching, IT WASENT THE VAX."

In a word NO, there’s been no genocide in America….

Why is murder numbers up 200% in Democrat run towns? Why are so many over dosing because of Democrats? Is that not genocide?

Why is murder numbers up 200% in Democrat run towns? 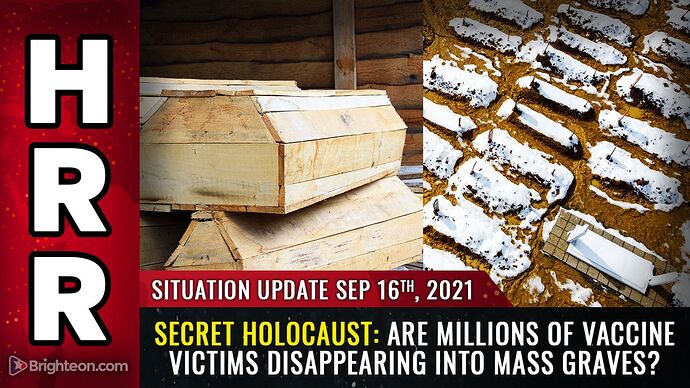 0:00 Intro 11:15 Secret Holocaust 40:26 Vaccines For more updates, visit: http://www.brighteon.com/channel/hrreport NaturalNews videos would not be possible without you, as always we remain passionately dedicated to our mission of educating people...

Why are all the below exempt from Joey Bidet’s vaccine mandates? 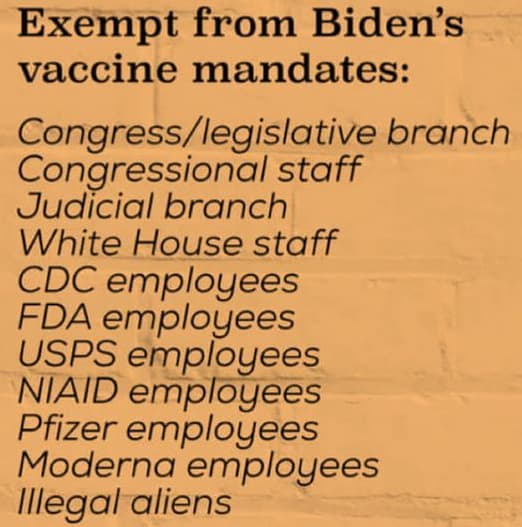 Yep, precisely what Jesus would say. And here in filthy presence you dissimulate concern for those never even born……

Where do you scrape together your filthy lies from…

Vaccine mandates are also issued for the CDC, FDA, and all three vaccine makers in the U.S. 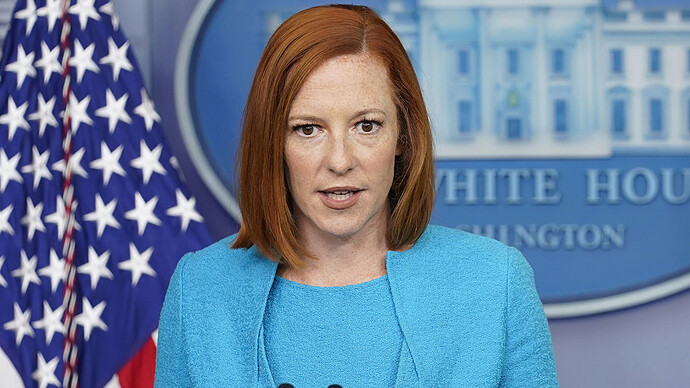