Holy fascism Batman! Where is antifa when you need them! Haha

This is crazy, someone said trump will be the last president… I’m begging to think that might be true. 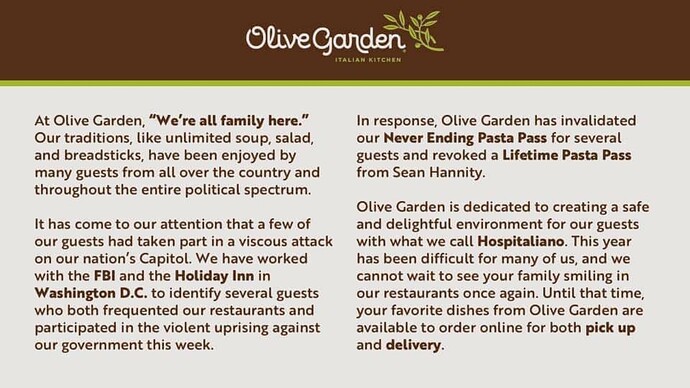 Even those of you on the Left have to recognize how bad this is. I know you hate the Right but, this is the start of what we on the Right have been staunchly against. Is this the America you all want?

Biden just labeled all Trump supporters as domestic Terrorists. They are going full totalitarian state. Not to mention Big Tech purge is going all out.

What would these old confederate soldiers do? 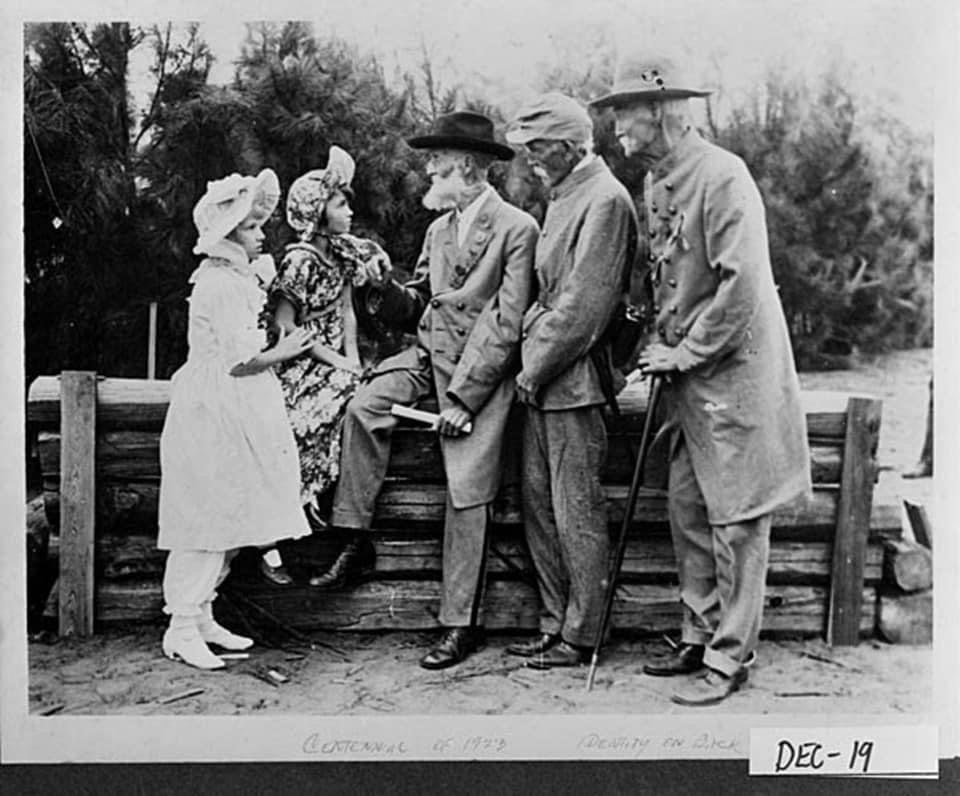 Everyone needs to go to Gab, Andrew Torba is good, he knows these filthy POS plan, he’s in the process of contacting The Donald to get him to join Gab, he sent me an email telling me.

The POS went after Gab a few years ago but they withstood it and have basically been building their own platform 100% free from all these BigTech bastards. Gab now own their OWN Servers and Server Hardware so it’s not as easy to shut them down.

Their actual plan is to murder all Trump supporters, all 75 million, another Communist Genocide, don’t forget the Communists murdered more than 100 million people in the 20th Century, so don’t believe ANY of them when they say they have no intention of doing ANOTHER Genocide of multi millions.

I expect the plan will involve the Wuhan Flu Hoax. You know that POS Andrew Cuomo is trying to get a bill passed whereby they can literally drag ANYONE off the street if the “Authorities” say they THINK they MIGHT have the fucking FLU or ANY type of illness and they then will throw them into Quarantine Camps aka Concentration Camps and they can be kept there indefinately WITHOUT ANY legal representation.

Basically that sounds like the Communist Plan to just disappear countless people into the night never to be seen again, they can throw entire families into those camps and they will probably end up in either mass graves or billowing smoke from the chimney of secret crematoria.

My opinion is that when the Communists really start the massive crackdown and people are getting dragged away and disappeared into the night I think we are going to see MANY who are now saying they are on the Left actually abandoning the Left and not exactly joining the Right but joining in the FIGHT AGAINST the fucking Communist Devils.

To @Jitss617, Olive Garden food is SHIT anyhow. Fake Italian SHIT that actual Italians would flush down the toilet.

A third of Americans are fucking CONSUMED with conspiracy theories. It’s time to do something about that to save the rest…

Actually many American Patriots MIGHT go into actual Exile to plan to Save America From The Communist Devils and plan the America First Party, I say let’s allow the Communists and RINOs to destroy MOST of America and when things are 100% fucked up then American Patriots can return to start Building America Again, which will also involve in the most brutal fashion removing ALL Third World Shithole scum from America and all Traitors.

America can be Rebuilt once again as a God Fearing, European Heritage-Christian nation as our Founding Fathers planned it to ALWAYS be.

The map below ALL the nations in grey do NOT have Extradition Treaties with America and so American Patriots would be safe in these nations UNTIL what REMAINS of America needs HELP to Rebuild America and flush the Third World Shithole scum and the Traitors down the big toilet. 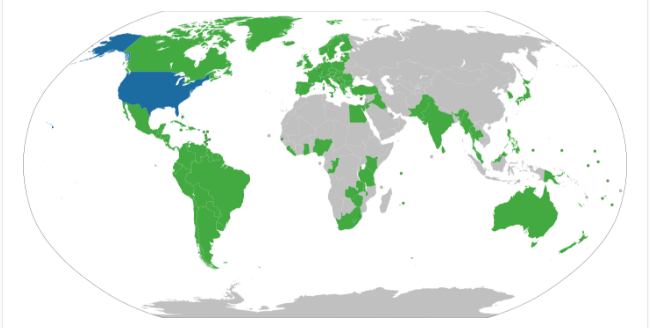 Fuck that. I’ll fight to the last breath but I’m not going to be run out of my own country. These pieces of shit need to treat lightly. Come after my guns. I dare you. Just remind the person that stacks up on the door first that he’ll be sacrificing himself so the others can kill me.

I guess as much as I hate the thought of social media, I’m going to go get on Parlor. If Apple bans them, I’ll take my phone, put it in a box, take a shit on it, seal it up and send it back to Apple. There are other phones on the market. I’ve already sworn off of Facebook and never had Twatter. (I killed Facebook about 3 years ago and haven’t missed it)

You want to silence us? Good luck. Most of us that served in combat are professional assholes.

I’m going to go get on Parlor.

They are going after Parlor, they have given them 24 hours to crackdown on Free Speech or they are going to bully all Servers to Deplatform them.

Join Gab, it’s the best, 100% Independent of BigTech, Gab have built their own Servers and own their Servers Hardware and Andrew Torba the CEO and Owner is one of Our Team, he’ reached out to The Donald to get him to go to Gab also:

The latest from Andrew Torba: 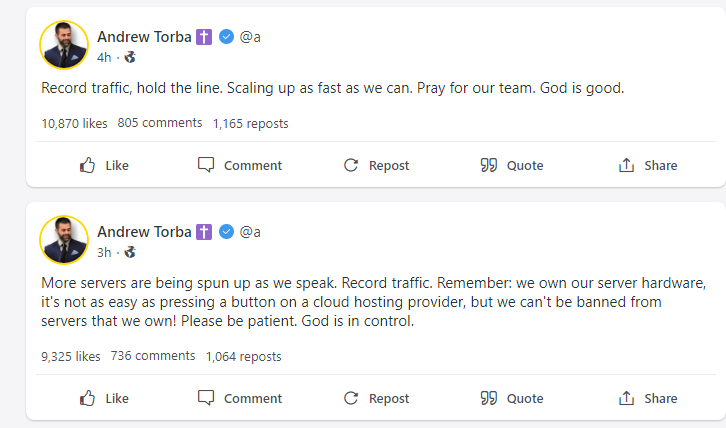 I go where we’re under attack. I’ll try Parler first. I want to fight assholes like Google and can’t do that without invading them on their turf. Just running a test, trying to see how long it takes to get banned from Twatter, never had it before but I’m having fun screwing with people. I really have no interest in social media like Facebook or Twatter but I want Parler to have another subscriber. I’m trying to figure out how to do it without a cell phone though… I despise people that try to force me into sharing too much information.

@MattDillon is very good with all this Tech stuff, he might be able to help you how to do what you want to do without a cell phone. You could get a throwaway Sim card, a cheap phone and a ton of throwaway Sim cards and then each time use a new Sim card and then they I think can’t find out too much about you.

Matt might know more about this though, so hopefully he’ll get in this thread for you.

I’ve emailed them to see if they can do it without a cell phone. Mine is a company phone and I really don’t want to share the number with anyone. I also don’t like the idea of buying a burner that they’ll no doubt want to do two factor authentication with at one point.

Even those of you on the Left have to recognize how bad this is. I know you hate the Right but, this is the start of what we on the Right have been staunchly against. Is this the America you all want?

Sadly, there are many on the left who believe this is just fine.

They don’t realize one day it will be them.

I would support a four party system, by any names…

I support you getting so Tide pod intervention!

Come after my guns. I dare you.

Every time a Democrat is elected you guys start with that bullshit. It’s not going to happen. Obama was sure to take everyone’s guns and then guess what, he didn’t. He did sign two pieces of legislation concerning guns, and that was allowing them back into the National Parks and back onto Amtrak, after they had been banned following 9/11 by a Republican president.

I would also remind you that the least constitutionally literate president we’ve ever had supported the 1994 AWB, banned bump stocks, and suggested that “there are times when cops should confiscate guns and let the courts sort it out later”…

You need to understand that this is not a first amendment issue, privately owned tech companies have a right to regulate what disseminates on their platforms.

The “right” is free to come up with their own social media platform, just as they produced their own alternative news when they created Fox in 1995…