Her former employer went out of business bc of the minimum wage enforcement, as she complains about expensive airport pastries…

In one of the finest self-owns I’ve seen in a while on the worst website on the Internet, the future of the Democratic Party dropped a galaxy brain take on Twitter today.

Where even to begin? Perhaps with the immorality of her utilitarian equation of economic value and human worth? Or perhaps with the fact that LaGuardia is about to enact a $19 minimum wage that will likely raise the cost of these very croissants even further?

Or better, the fact that every airport in the country still has a McDonald’s Dollar Menu if you’re willing to trade in French pastries for French fries, like the rest of us twenty-somethings on a budget?

Let’s start with the very reason why airports can charge exorbitant prices for garbage food: the very absence of the free market, caused mainly by a captive passenger market and government regulation.

Closed venues will always feature higher prices than open markets. On your way to work, you can choose between Starbucks, Dunkin Donuts, or even your local bodega to pick up a cup of coffee for a few dollars. Yet, if you’re at a concert venue, a place that you as a consumer have voluntarily chosen, the venue sets the prices because consumer demand is mostly elastic. Sure, you can pick up an 18-pack of Bud Light at a liquor store for less than a buck a beer, but a concert venue knows jacking up the price of a beer from $5 to $8 probably won’t dissuade you buying one during a show.

Airports work roughly the same way, but government intervention exacerbates the elasticity issue by imposing a number of barriers to entry for vendors. There’s the obvious issue of finding enough staff to fill 18-hour work days, seven days per week willing to spend half an hour just to get from the parking lot to work, but various cities impose arbitrary fines, licensing, and yes, minimum wage requirements that make it next to impossible to break even. They range from the inane (the TSA requires butcher knives in airport kitchens to be tethered and repeatedly subject to inventory) to the outright corrupt. For example, the city of Atlanta had to pay$300,000 to one company alone in 2012 after they were sued for playing politics with issuing an artificially low number of concessions contracts to cronies. The federal government complicates things even further, competing with local governments, with the Department of Transportation offering a leg up to qualifying vendors under the Airport Concession Disadvantaged Business Enterprise program.

Beyond the vendors themselves, local governments can make the raw supplies for airport vendors artificially high with absurd standards. For instance, Atlanta requires food suppliers who deliver to airports to obtain a $2 million insurance policy. Thus, an airport vendor purchasing materials for a croissant with a free-market value of a dollar may be paying double that to offset the costs of their suppliers’ insurance.

All of these burdensome regulations means that a beer that costs less than a buck at the supermarket, and $8 at a concert venue can cost well into the double digits at an airport bar. And that’s not just vendors being stingy per se. As we’ve seen above, they have to offset the costs of regulatory burdens from the delivery of raw materials to the price of labor willing to work at an airport.

For what it’s worth, I found a deal on Amazon for a dozen croissants for $20.94. I would say that Ocasio-Cortez just learned a valuable lesson on the merits of the free market over oligopolistic ones that devolve into cartels, but she’s the one that kicked 25,000 Amazon jobs out of New York in the first place. 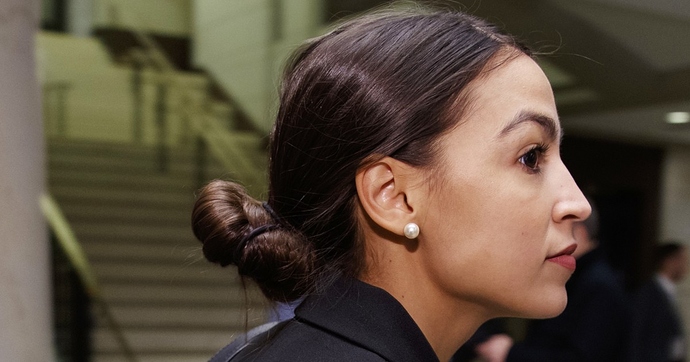 In one of the finest self-owns I've seen in a while on the worst website on the Internet, the future of the Democratic Party dropped a galaxy brain take on Twitter today. 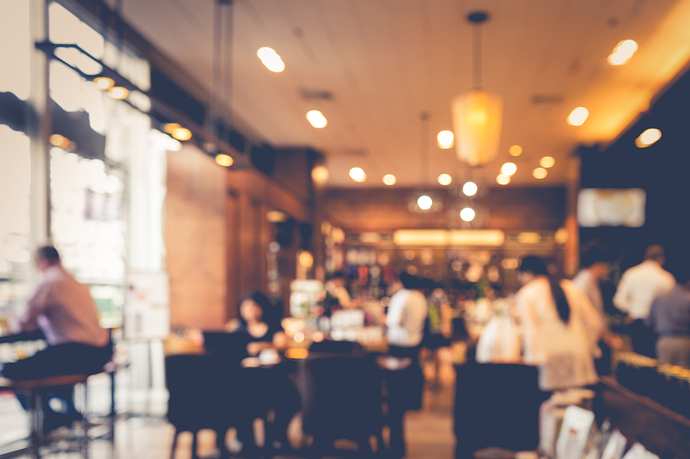 New York City restaurants are eliminating jobs, reducing employee hours and raising prices due to the higher costs of the $15-per-hour minimum wage. A once-growing industry is contracting, accordin…

Why was she in an airport? Isn’t flying immoral?

Probably a private flight or a first class seat to DC to her upscale apartment.

Guess she cannot connect the labor cost as well as the airport concessions cost into the cost of her croissant .

Lol what a maroon. And this is why we’re a republic and not a democracy.

A rookie congress person with the opinion of an 8 year old.

Why the people in that district elected her will remain a mystery. Bet they are pissed about all the Amazon jobs that evaporated with her bitching.