Despite being the object of a huge amount of media attention, few people seem to know that Alexandria Ocasio-Cortez tried to be an entrepreneur and fell flat on her face. Her media pals certainly have no interest in publicizing the fact the she embraced socialism after she proved to be utterly, embarrassingly incompetent at earning her way. Monica Showalter asked the key questionion these pages last summer: “Did Alexandria Ocasio-Cortez’s socialist fanaticism come from bitter failure in business?
Now, thanks to digging by the New York Post, we know that:

Brook Avenue Press, a company she founded in 2012 to publish children’s books in The Bronx, owes the state $1,870.36 in corporate taxes, public records show.

The state slapped the company with a warrant on July 6, 2017, two months after Ocasio-Cortez announced her candidacy to run against Democratic incumbent Joe Crowley for the district that encompasses parts of Queens and The Bronx.

She founded a publishing business at age 22, straight out of Boston University, called Brook Avenue Press, to promote the Bronx as a nice place in children’s books, something that has already been amply done by Sesame Street which came up with the concept in the 1960s. She didn’t found it out of nowhere, either, she was part of a hipster collective…where startups with supposedly great ideas and youthful owners, get together in one building financed by the state…and learn from each other as their businesses presumably grow. Hers was called the Sunshine Bronx Business Incubator.

The Postcovered the debut of the “hipster collective” in 2010:

Mayor Michael Bloomberg, along with city officials and business leaders, broke ground on the first city-sponsored business incubator in the Bronx. The facility will open in the former BankNote Building early next year and is aimed at helping small businesses and start-ups grow throughout the borough. It will be called the Sunshine Bronx Business Incubator.
“We want to help businesses get started and incubators are facilitating growth in under served areas of the city,” he said. “We’re helping the doers to become the next break-out success stories.”
The space will accommodate 400 entrepreneurs from the borough over the next three years. The building on Garrison Avenue will be ready to have its first tenants move in by February 2011.

Ocasio-Cortez produced this embarrassing promotional video about her venture in 2011, revealing not only grandiose plans that never got close to becoming real, but also showing that since then, she has had an astonishing makeover from nerd to socialist glamour-puss: 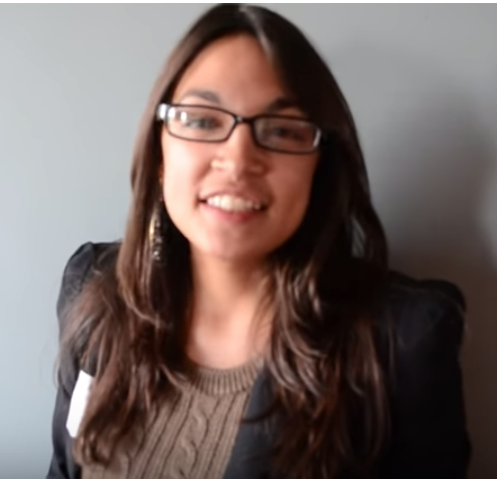 At the time I wrote about it, this video had received only a few hundred views, which is astonishing, considering how prominent she already was. Even today, it has only 13,377 views as of this writing. Her fanboys and fangirls remain blissfully ignorant. But equally astonishing is the difference between then and now in terms of her appearance. I askedlast summer: “Who was behind Alexandria Ocasio Cortez’s astonishing makeover?

Somebody with deep expertise on image creation got ahold of the latest darling of the left and glammed her up for her current role as the standard bearer for the socialist wing of the Democrats, the Great Hispanic Hope to lead the “browning of Amerca” toward a radical future. Sometime between 2011 and 2018, Alexandria Ocasio Cortez was transformed from an earnest and nerdy wannabe entrepreneur into a glamorous radical crusader for socialism, the delusion-of-the-moment that has captured the imagination of the malcontent demographic slice of America. (snip)
Someone with deep knowledge of what expensive make-up can do to remake a human visage into something very different from the au naturel version went to work on her. In tandem with her transformation from nerd to a female Che Guevara, she morphed from capitalist to membership in a party that wants to “abolish profit.”

Pretty clearly, she was not up to the responsibility of actually running a venture. The Post noted:

But despite her promise to work with “designers, artists and authors that really know the urban story and help develop stories for kids,” The Post could not find any books the publishing house produced.

In addition to failing at developing any products that people would voluntarily pay money for, Ocasio-Cortez also failed to keep on top of her tax obligations, leading to her tax delinquency and eventual warrant issued against her company. In fact, it appears that she let the company go out of business, and promptly consigned it to the Memory Hole, leaving New York State’s tsx collectors high and dry:

The state requires businesses to pay a corporation tax on a sliding scale based on revenue. The minimum payment last year was $25.

“The company probably got numerous letters from the state and probably ignored them,” one New York City accountant theorized.

Public records show the state dissolved the company in October 2016, which can happen when a business fails to pay corporate taxes or file a return.

The state Tax Department won’t comment on individual companies but typically files warrants as a last resort after trying to collect money.

“This is the first we’re hearing of it, and we won’t have any additional comment until we look into it,” Ocasio-Cortez’s spokesman, Corbin Trent, said Saturday.

If Ocasio-Corte were a conservative, she’d be constantly hounded for comment. Do you think the 90% of the media that is progresive will give this story and prominence?

It’s easy to advocate high taxes on successful people if you don’t pay your own tax bills, of course. But I suspect the real lesson is not so much that Ocasio-Cortez is getting rich off of evading the rules, but rather that she is a total failure at anything requiting practical responsibility, attention to detail, and following the law. After failing, she retreated into the gauzy generalizations of socialism. It is so much easier than running a business to appropriate other people’s money – from the successful ones who do follow the rules and work the 70 hour weeks necessary to make a success of an entrepreneurial venture, juggling the balls, bearing the risk, and ultimately succeeding. That money can support the lifestyles of “those unwilling to work,” but only until they “eventually run out of other people’s money” – as is happening in Venezuela right now.

Do voters really want to put their future in the hands of someone this irresponsible?

Despite being the object of a huge amount of media attention, few people seem to know that Alexandria Ocasio-Cortez tried to be an entrepreneur right out of college and fell flat on her face. Until yesterday, nobody knew she was a tax deadbeat.

They money will be paid, as statement will be issued that it is someone else’s fault AOC wasn’t made aware and it will all go away.

Really takes a moron to think going into book publishing was a good idea in the age of the internet. Or to think it could be done on a shoestring budget. Publishing is a rich persons hobby.

I applaud anyone who tries to start a business. I’ve started two. One failed. One worked (after a while of not working). But, I wonder why AOC won’t talk about her life as an entrepreneur. Maybe it’s because she’s a loser and a quitter and wants the government to hand her everything while she sits on her ass getting fat on that government cheese.

And yet, the contrast/parallel will go right over the lib’s heads.

Bad business idea, bad implementation, failure and unpaid taxes. Not that I am saying a business failing is a bad thing. It builds experience. The point being that the business model ignored reality. Just like her current plans and ideas do. So, at least she is consistent.

Her business plan also ignored the fact that Sesame Street already did what she wanted to do decades ago.

Yes, it did. But isn’t that part of what liberals do? Ignore history and in their vast wisdom and narcissism believe they can do it better history be damned?

Not to mention she also failed to pay her taxes.

Wonder why the progressive government in NY fails to go after her to collect the taxes???

She was kinda cute as a nerd. They made her into one wicked communist witch. 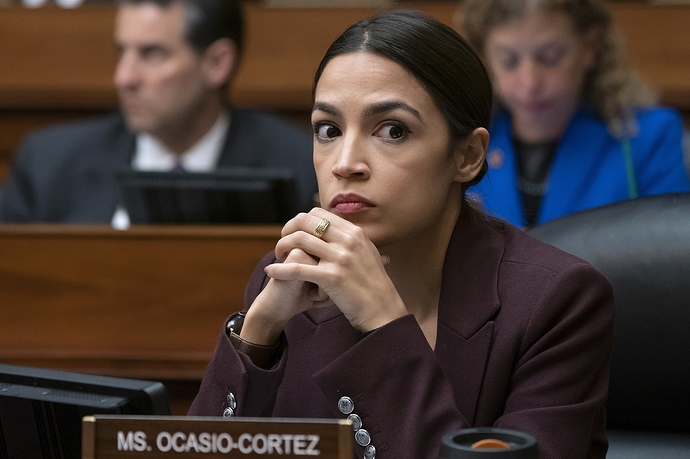 Wow. I thought Drumpft was the only tax fraudster here Seriously? Did everyone forget about Whitewater? Or do we only care about fraud when it involves taxes?