Rep. Alexandria Ocasio-Cortez’s (D-NY) days in Congress may be numbered, as it has just been revealed that her opponent Michelle Caruso-Cabrera has raised $1 million to beat her in the Democratic primary on June 23.

Caruso-Cabrera, a former anchor for CNBC , is set to report having $800,000 in cash on hand (minus expenses paid) when she files her financial disclosures with the Federal Elections Commission, according to the New York Post . The report, which is due next week, covers the first quarter of 2020: January 1-March 31.

“The outpouring of support has been amazing. Before Coronavirus people were stopping me on the street showing their excitement. And from the beginning the countless handwritten letters from near and far from across the country have been so moving,” Caruso-Cabrera said. “The national and local messages are clear: I will unite. AOC’s reign of division will end. This early financial and political support shows unstoppable momentum. As they say in New York, ‘you ain’t seen nothing yet.’”

Caruso-Cabrera is running as a moderate, pro-business Democratic alternative to Ocasio-Cortez, who is known for her radically far-left views. This week, it was revealed by Politico that the traditionally conservative U.S. Chamber of Commerce is planning to endorse Caruso-Cabrera in her race against Ocasio-Cortez.

“Michelle is one of the most qualified and competent candidates we have met with this cycle. Her communication skills on jobs and growth will create a clear contrast with AOC,” said Scott Reed, the senior political strategist at the U.S. Chamber of Commerce. “We plan on using our national network to get her the financial resources to win this race.”

Beating the freshman congresswoman will be no easy task, however, as Ocasio-Cortez is known for being a strong fundraiser who brought in over $5 million last year. Given Ocasio-Cortez’s socialistic tendencies, though, we certainly would love to see Caruso-Cabrera take her down. America as a whole would be better off with Ocasio-Cortez as far away from Congress as possible.

I can’t wait until this little twit loses her seat for good. She should have never won in the first place. AOC is a political actress and nothing more. She’s also beyond stupid and if her district can’t see that then there is no help for them.

Now she can go back to fucking up everyone’s drinks .

If she actually served drinks. I suspect it was a bottled beer place.

I suspect it was a bottled beer place.

Served with the cap tightly in place !

I used to watch Michelle Caruso-Cabrera when she was on CNBC back in the day. She is smart and beautiful. I would vote for her any day. Just to unseat AOC! 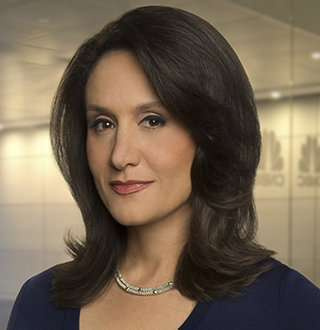 I don’t think AOC will lose her seat. Too many lunatics in NYC love her. They will do whatever it takes to ensure that she not only keeps her seat, but keeps acquiring power.

I hope the voters won’t forget the loss of good paying jobs because of her opposition to the Amazon warehouse. Hope she is one and done???