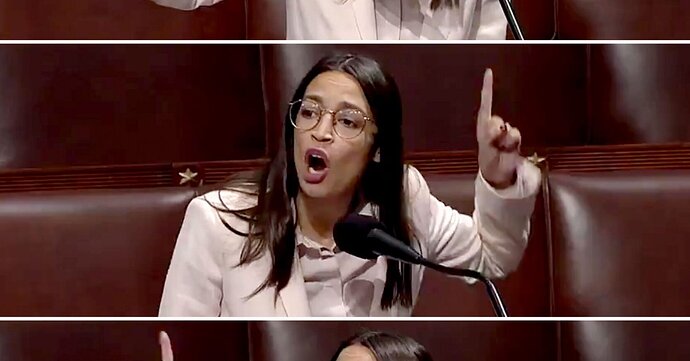 Rep. Alexandria Ocasio-Cortez (D-NY) fumed at her colleagues in an interview over the weekend after her far-left wing of the party was blamed for stunning losses in House races in last week’s elections.

“We know that race is a problem, and avoiding it is not going to solve any electoral issues,” Ocasio-Cortez said. “We have to actively disarm the potent influence of racism at the polls.”

Ocasio-Cortez claimed that the Green New Deal—a socialist agenda that was so toxic that not a single Democrat senator voted to support it when it was put to a vote last year—was “not a sinker” for candidates. Ocasio-Cortez also claimed that “progressive policies do not hurt candidates,” despite the fact that her colleagues said that they nearly lost their own races because of those policies.

“We need to not ever use the word ‘socialist’ or ‘socialism’ ever again. . . . We lost good members because of that,” Rep. Abigail Spanberger (D-VA), who narrowly leads in her reelection bid, said in an audio recording obtained by The Washington Post. “If we are classifying Tuesday as a success . . . we will get f—ing torn apart in 2022.”

Ocasio-Cortez, who has only been an elected official for two years, fumed that other Democrats pointed their fingers at her and her far-left cohorts, suggesting that they were incompetent and did not know how to run campaigns. She also suggested that they needed to spend more money on Facebook, a platform she has repeatedly criticized.

Ocasio-Cortez also said in the interview that she and her far-left cohorts were essentially laughing at Democrats who were “trying to blame the Movement for Black Lives for their loss.” “The Movement for Black Lives” is a fringe coalition of Black Lives Matter groups that support extreme policies. The organization changed some of the things that it listed on its “about” page. Here was what was originally listed on it:

We believe in centering the experiences and leadership of the most marginalized Black people, including but not limited to those who are trans and queer, women and femmes, currently and formerly incarcerated, immigrants, disabled, working class, and poor.

We believe in transformation and a radical realignment of power:

The current systems we live inside of need to be radically transformed, which includes a realignment of global power. We are creating a proactive, movement-based vision instead of a reactionary one.

We believe and understand that Black people will never achieve liberation under the current global racialized capitalist system.

When asked what surprised her about election the results, Ocasio-Cortez responded: “The share of white support for Trump. I thought the polling was off, but just seeing it, there was that feeling of realizing what work we have to do.”

“We need to do a lot of anti-racist, deep canvassing in this country,” she continued. “Because if we keep losing white shares and just allowing Facebook to radicalize more and more elements of white voters and the white electorate, there’s no amount of people of color and young people that you can turn out to offset that.”

Ocasio-Cortez’s statement was factually incomplete, as President Donald Trump actually lost support with white men while gaining support with every other demographic. Ocasio-Cortez also suggested on Twitter that people who were attacking Democrats by pointing out their support for “Defund” and “Socialism” were racist, calling the attacks “racial resentment attacks.”

During the interview, Ocasio-Cortez added that she has been “begging the party to let” her help them and they are not interested in her help, which she claims is the reason that they are losing.

She said that her far-left policy objectives are “not the enemy” of other Democrats and claimed that if Democrats don’t embrace those views that “they’re just setting up their own obsolescence.”

Ocasio-Cortez said that she wasn’t even sure if she wanted to be in politics anymore because of how vicious it is and that she considered not running for reelection.

Ocasio-Cortez has previously claimed that people should consider not reproducing because of climate change, adding that her “dreams of motherhood now taste bittersweet because of what I know about our children’s future.” 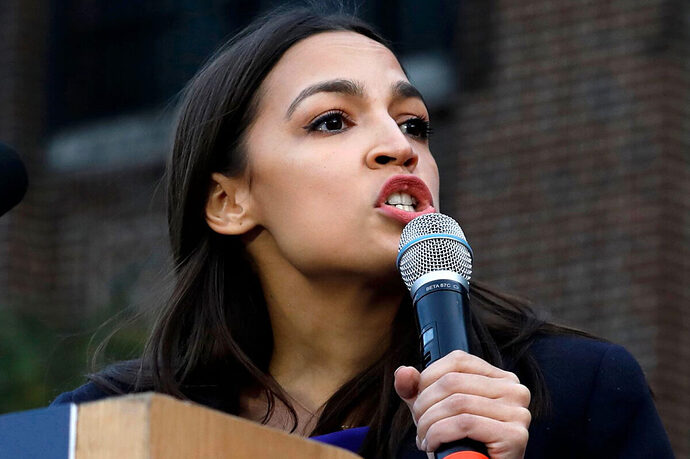 Rep. Alexandria Ocasio-Cortez (D-NY) fumed at her colleagues in an interview over the weekend after her far-left wing of the party was blamed for stunning

Anti-racism is just a codeword for racism against whites. That’s all it is, and that’s all it ever will be. They will instruct that whites are the devil and that the numerous and glaring flaws of all other races exist solely because of the oppression created by whites. Of course, this is absolute bullshit.

“We have to actively disarm the potent influence of racism at the polls.” 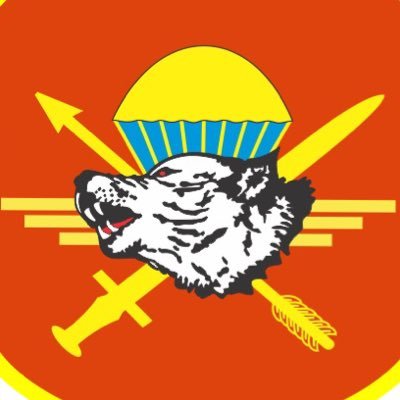 What the future holds: “It’s not only that Trump has to lose, his enablers have to lose. We have to collectively BURN DOWN the Republican Party. We have to LEVEL THEM. Because if there are SURVIVORS, if there are people who weather this storm, they will [elect a president] again” https://t.co/8By7OBrJ69

Under Biden / Harris blood, a lot of it, will flow.

No wonder the population of the US is projected to be below 100 million.

Don’t worry. Republicans will just sit by and continue to get steamrolled as usual.

Under Biden / Harris blood, a lot of it, will flow.

Trump’s head of national security…that he appointed…promotes the gaslighting disinformation that “white supremacists” are America’s main terror threat even as blacks committed record levels of violent crime this summer.

Does this sound like the kind of person that a president who is not anti-white would have appointed?

Would a president who is not anti-white have remained silent about the death of Canon Hinnant?

I am tired of hearing excuses for this cucked boomer. He is anti-white trash no different than AOC, most Democrats, and all of the dual-citizens in Congress.

Genocide is coming home to roost. Karma? Maybe.
Bush went on the warpath in the ME and Central Asia, as a result of which millions of civilians died and are still dying.
That’s all on the excuse of 911 (which I shall not discuss because it’s discussed in detail in another thread).

If “anti-racing” training is going to take place, do you think it will happen in the comfort of your home?

No way.
That’s what FEMA camps are for. You go in. You never go out.

AOC can come swing her fat latina tits and ass my way. Let her force me to get some of this training. My first question will be to her…why does she allow herself to get dicked down by a white guy?

Racial problems started with the Schmoebama Admin and increasingly fueled by REGRESSIVE SOCIALISTS to foment division in this country.Any sane and intelligent black person were called a variety of RACIST NAMES which is is ok if you’re a NEGRO.
Blacks like Mad Max Watters, called for an outright insurrection against all Trump SUPPORTER and those in his Admin despite Trump’s Admin promoting minority INDEPENDENCE over Goverment DEPENDENCE.
If AOC wants to have a homestead. let her go to Canada’s Northwest Territories far away from modern civilization. I’m sure Tsar Trudeau will welcome her there.

AOC is the equivalent of the leader of the Taliban.

She is anti-American, incites violence, and a danger to this country. She has intimidated the Democrat party and will do the same of every citizen. She wants power and money. Look how much she has siphoned already.

No…the conservative push for “color-blind” policy is purely political, and the goal of the policy is to avoid any monetary impact of remediation. Pure greed, continuing the accumulation of wealth on the backs of anybody of lower station, especially and overwhelmingly brown people, whether overt slavery in the early US, or outsourced slavery in the British colonies after they paid off their own slaveholders for the loss of value, in reverse reparations.

I find it difficult to contain myself when white people use the term racist about an African-American’s negative view of whites. It is a complete misuse (although probably not a misunderstanding) of the term, and is equivalent to calling a sexual offer harassment when it is from the lower-ranked person. It is the position of power that sets the conditions for racism or harassment. An African-American is completely entitled to distrust white people.

Actually blacks live in societies created by Democrats, over regulations have forced blacks in to slave housing, no opportunity for proper education, can’t be entrepreneurial because of over regulations, can’t buy housing because of over housing regulations, brown ppl are the slaves for Democrats.
Republican areas many drop out of high school because they already know a trade where they can start a business regulation free … it’s why all the black universities and colleges are in the south

What is the Great Society? For 500 Alex.

Are you African American yourself? If you are not then why the fake virtue signaling? Your entire premise on this bullshit of white people creating and getting rich on the back of brown people is a bunch of crap and is an attempt by you to leave out the details of history. The fact is every race in human history was a slave at one point or another but for convenience sake it doesn’t fit your fake moral outrage narrative so you ignore the facts all together. The point is, today’s generation is not responsible for the actions of previous generations and its why crying about stations in life and not being able to successfully create a better life on your own terms whereas wanting to play the victim card seems to be an expedient way to absolve yourself and others of this generation and the previous one at that of any responsibility for the bad decisions you made in life. Blaming conservatives because its simply easy to place blame on someone will not fix problems nor is a solution to the problems you so pretend to care about. Perpetuating the race narrative is more indicative that you are more about promoting the continuing fake outrage of victim-hood mentality than actually acknowledging the truth and coming up with common sense solutions that works for everyone. Stuff your racecard up your ass! 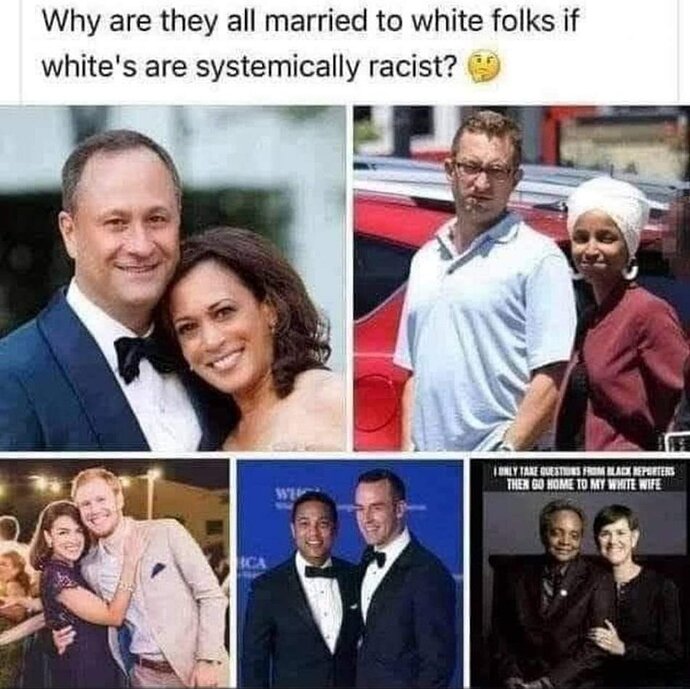 continuing the accumulation of wealth on the backs of anybody of lower station, especially and overwhelmingly brown people, whether overt slavery in the early US, or outsourced slavery in the British colonies after they paid off their own slaveholders for the loss of value, in reverse reparations.

FUCK OFF !! More stupid shit from another liberal turd . Blacks are the most racist race on the planet . Get a fucking job and start taking responsibility for YOUR actions . If all you do is play the woe is me VICTIM don’t expect much . You dipshits are always looking for a hand out . Soon you motherfuckers will kill off your own race , no need to worry just see what’s happening in your neighborhoods . Keep preaching defund the police until all you motherfuckers are DEAD !!!
LOOT MUCH ?

Haven’t you moved in with Sir Monte and share his bed??? Your DELUSIONAL opinions blaming everything on white people. Did Justice Thurgood Marshall, Clarence Thomas and Herman Cain becme successful kissing white BUTT!!! Thomas and the GREAT SCALIA were good friends. You believe he shined Scalias shoes. Drink battery acid Kool- Aid and wake up.

Well, I’m completely entitled to feel the same way about black people. See how that works? Now what?

I find it difficult to contain myself when white people use the term racist about an African-American’s negative view of whites.

Well it’s quite clear you are a dumbass and haven’t a clue what being racist is . Fuck off !!!

We whites know what being a racist is about when we call out black thugs for their violent crimes and organized shoplifting gangs causing store closures and higher prices. Yeah, I guess this is what racism is about !!!