Art imitates life. You can’t make this up

Grandma provided housing, prepared his tax etc… and what does she get in return? She gets sued and dragging her business to the ground. Amazing.

This is the face of guilt-ridden whyte militant antifa cuck.

A militant antifa activist went viral recently for filing a complaint against his landlord for tracking his coronavirus stimulus check and demanding rent — but he conveniently left out that the landlord is his grandmother.

Austin Goodrich, 22, received an outpouring of sympathy for his situation after filing the lawsuit in Oregon on April 22. The complaint said that the actions of his landlord left him “feeling overwhelmingly violated and vulnerable.”
Goodrich tweeted that his landlord had text him hours after he received his stimulus money asking whether he planned to use it to pay rent.

However, the defendant is not only his grandmother and landlord — she is also his tax preparer.

“Goodrich confirmed that TLC Bookkeeping and Tax Prep is run by his grandmother, but said he does not associate with her outside of their tenant-landlord relationship,” local station KGW8 reports.
Goodrich was demanding that his grandmother waive all rent due until the end of his lease on June 30, waive all due and past-due amounts, return his security deposit and give him an excellent rental reference. Since she did not respond to his absurd requests, he filed a lawsuit.

The far-left activist claims that he publicly attacked and is suing his grandmother to “bring attention to IRS vulnerabilities.”

“I initially remained anonymous on the issue for awhile but decided to use this opportunity to speak out on behalf of tenants that suffer abuses from their landlords/property managers that this is the time to put your foot down and demand fair treatment of your rights,” said Goodrich in an email exchange with The Oregonian/OregonLive. “I also wanted to bring attention to the IRS’ vulnerabilities that would allow anyone with access to Social Security numbers to gain illegal access to their computer systems.” 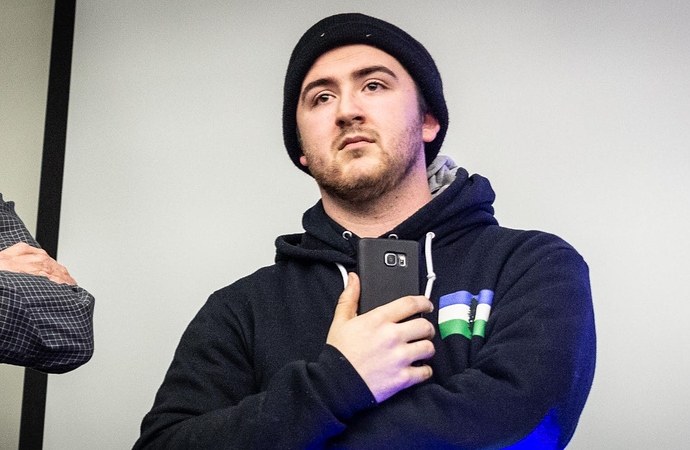 Antifa Activist Goes Viral Bragging About Lawsuit Against Landlord for...