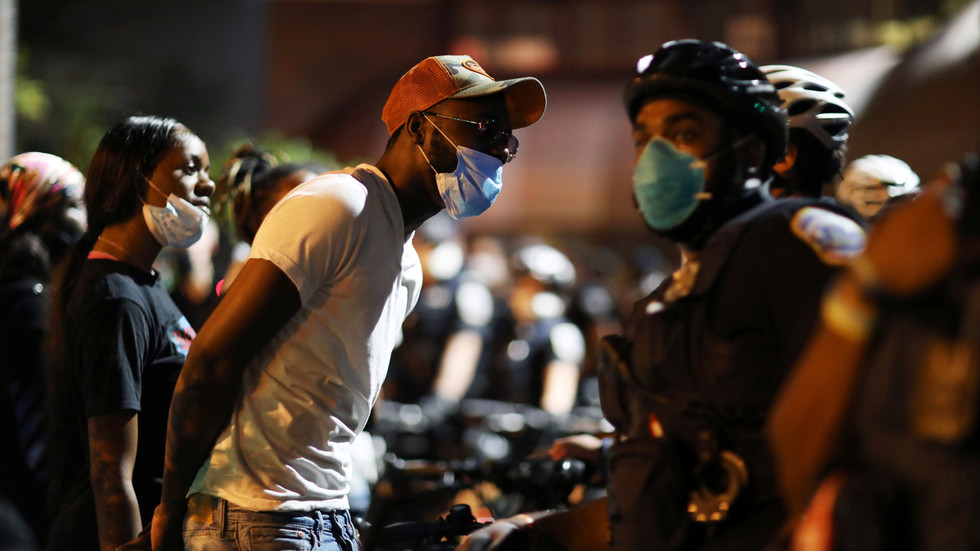 Scores of demonstrators have gathered at a Washington, DC police station to protest the death of another young black man at the hands of officers, reportedly shot after brandishing a firearm during a foot chase.

There seems to be a disproportionate amount of Black Americans being slain by police. Can anyone explain to me what is the problem?

Dude! Do you not read the threads here before posting?

I guess you missed the point that I am being the devil´s advocate and sarcastic.

No I don’t because you keep posting stuff about topics previously covered, such as that other thread about a guy hitting another in the head with a brick, when that story was already covered prior to you posting that story. We don’t need redundancy of stories here just so you feel the sake of creating a separate thread topic because you can’t be bothered reading the threads here. That is why it says at the top of the header of this site, “Search before you post”! This site has enough losers here that can’t simply follow the rules, don’t be one of those here.

Please accept my apology. I did not see that another post was published.

Just put in the effort to read the threads, not that hard to figure out!

Here are some fresh live riots in DC https://youtu.be/GUQEyF1KqEo

Can anyone explain to me what is the problem?

They have no respect for their own kind.
Go tell “Black lives matter” to themselves.

There seems to be a disproportionate amount of Black Americans being slain by police.

That is total horseshit. Look at how many black men rape white women and many white men rape black women. Then you will see some disproportionate numbers.

More whites are killed by cops than blacks anyway.

I was being sarcastic!