Keep these videos in mind!! ANTIFA are cowards! They try to act and look tough but when confronted then fold like a cheap suit. Don’t ever be intimidated. Stand up for yourself and your family. The man did the right thing. 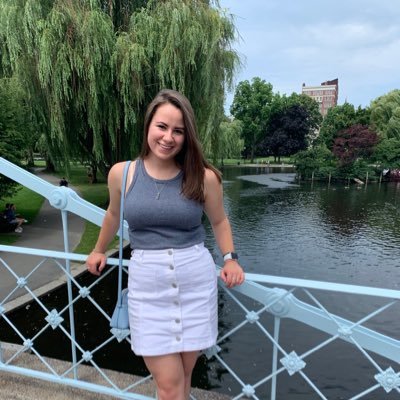 The video from @hannahboufford shows the next part of what happened. Clapper is trying to take a bandana off an antifa member as others try to draw them away. Clapper said he got out of his car the second time because someone had called him a pussy, which can't be heard here. https://t.co/YzxLIAXhns

Here's the second part of this exchange, where things get more physical. All the footage we have of this situation is shown. The video is broken up because Hannah had to run down the street to get a better view of what was happening. https://t.co/udhkYec2hF

A Bloomington man angrily confronted a group of demonstrators who were blocking a street near the Bloomington Community Farmers’ Market Saturday morning, after they banged on his SUV and made his two young boys cry.

The agitators were heading for the farmers market to protest of the presence of Schooner Creek Farm, a vendor that has been accused of having ties to white nationalism.

The Indiana Daily Student reported that Brad Clapper, 41, “drove his SUV through a group of protesters as they marched down Sixth Street waving signs against white nationalism.”

Clapper disputed that characterization of what unfolded. “I didn’t drive through anyone,” he told American Greatness . “I drove as far as I could. They didn’t move. I parked the car and honked.”

Antifa demonstrators, clad in black and covering their faces with bandana-masks, were caught on video surrounding the man’s car after he honked his horn.

Some of them had “smacked” his car, he explained, making his two sons, ages 6 and 8, cry.

Enraged, Clapper decided to get out of his SUV to confront the 40 or so masked agitators terrorizing his boys. “I got little kids, and you’re scaring them to death,” Clapper told the protesters surrounding his car, according to a reporter on the scene.

“Get out of the f-cking street!” he’s heard yelling in the video.

Clapper pulled at the bandana covering the face of one of the agitators, and barked “take the mask off!”

“You’ve got kids in the car!” one of the activists hollered.

“Yeah, so get the f-ck off the street!” Clapper fired back. Pointing his finger in one of the masked protester’s face, he repeated, “get on the f-cking sidewalk!” He added, “f-cking morons!”

As the agitators retreated, one of them whined, “You’ve accomplished nothing but looking like an a–hole to your kids!”

The single father later told the Indiana Daily Student that he had heard about the farmers market controversy but that his actions “weren’t about politics.”

He later told American Greatness that he did it “to stand up for the next potential car with small children.”

Abby Ang, an activist with “No Space for Hate” told the student paper that Clapper’s SUV “seemed to appear out of nowhere.”

Ang told the paper she suspected “traffic could be a problem,” since the protesters were marching in the middle of the street.

Clapper said he was only going 5 to 10 mph as he drove toward the group, but Ang told the IDS that it seemed faster than that.

“I did not see his car until he was right there,” Ang said. “It’s something that can happen very quickly.”

The “No Space for Hate” Facebook page said, “a white man in an SUV with children drove very fast into the side of our group, clipping a marcher with his mirror.”

But Clapper disputed that account. He said the agitators pushed the mirror in when they surrounded his car and banged on his hood.

I don’t know who are organizing these things, but they are pushing the envelope trying to antagonize normal citizens to take violent action.

Hell yeah! People have had it with this shit. I think groups like Antifa (as much as I hate them) help to wake people up to the lunacy of the left. People just want to go about their business uninterrupted. When these masked idiots start scaring the common person and their family, game over.

Of course they are cowardly thugs, hence the face masks and baggy black clothes to avoid being identified.

If cops don’t start cracking down on these thugs for blocking traffic and assaulting people sooner or later there’s going to be an explosion and bodies in the street.

ANTIFA terrorizes every neighborhood where they go. They need STOPPED! They need to be made to follow laws. If they don’t have a permit to assemble or march they should be arrested!

Blocking roads is not protected as protest. Their rights stop when they infringe on the rights of others.

Scare my kids, and I’d punch the gas.

Do that and you’re the one that ends up in prison so ya might want to rethink it.

A phrase to remember !
I was afraid for the life my kids and me !

Group of masked men approaching you vehicle with kids inside…wanting to get your kids to safety is now a crime?

That’s how fucked up our country is ATM.

Do that and you’re the one that ends up in prison so ya might want to rethink it.

That’s what’s messed up about this whole thing. Antifa pulls shit like this and they never get arrested. That’s how you can tell that the justice system is beyond broke. One group gets to fragrantly violate the law while the other has to stay in line. If this keeps up from much longer the other side isn’t going to stay in line.

I’m surprised that they didn’t kill him or at least send him to the ER. Then again, it wasn’t Portland, Oregon.

As these overgrown toddlers have never seen an angry parent, I suppose they were in shock… they are so used to the “you are doing great sweety” while missing to score a goal the tenth time.

I find the word shotgun usually gets attention.

If cops don’t start cracking down on these thugs

Don’t you mean if the politicians don’t let the police start doing their jobs?

Running down a bunch of unarmed protesters has always been a crime.

If they started threatening you with weapons, trying to flip over your car or break out your windows you’d have a lawful use of deadly force in self defense but otherwise no.

Simply being assholes and impeding your freedom of movement doesn’t rise to that level.

It isn’t the justice system, it’s local mayors, city councils, and PC police chiefs that on some level agree with these thugs and on another level fear that if they agitate them by enforcing the law the thugs will burn down their cities.

I’d have to disagree. Fear for your life is a reason to use deadly force.

No, you have to meet the “reasonable person test”.

Can you convince a jury that you “reasonably feared imminent grave bodily harm or death” simply because your vehicle was stopped by protesters?

No, great way to end up in prison for aggravated assault or manslaughter if you kill someone.

Your car provides considerable protection against unarmed attackers so rely on that until you can’t.

Masked people surrounding the car? A reasonable person would have legitimate fears. I’ll make that case all day every day.

I think after the Reginald Denny incident, you don’t get to surround my car… I’m not waiting for you to break my windows… by then it’s too late.