According to the St. Augustine Record, Cooks became angry after the unidentified woman said “no” to her request for a slice. An offense report says Cooks told the woman “I’m going to cut you” with a steak knife in her hand, and then tried to attack her.

The report adds that a male bystander was able to take the knife away from Cooks, but she soon found another one.

It is now the ultimate racism to deny a black person food that you purchased with your own money.

I’m just happy that we finally got a picture of “Florida Woman” because I’ve been wondering what she’s looked like for years!

This is the only possible outcome of teaching a notoriously greedy and jealous low IQ group that it is their right to take what they see as theirs “by any means necessary”.

If someone tried to attack me with a knife, I would simply shoot them. It would be the logical move. You know, survival.

Something familiar about this woman. 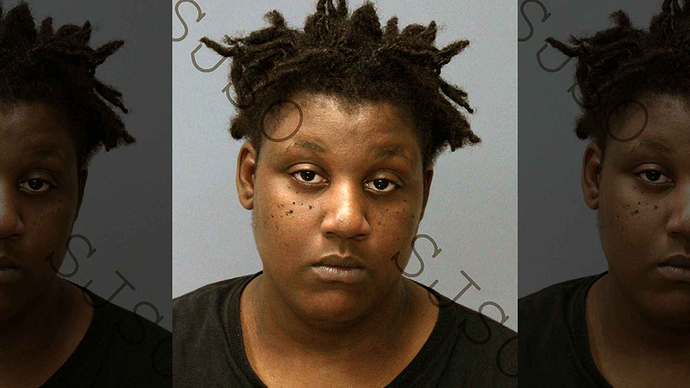 It’s a symptom of white privilege. If you have food and are eating it, that’s racist.