Trump’s never going to build the wall and you know it.

UBI will never pass anyway, what do you think ANTIFA will do when they don’t get their handouts?

If we manage to get everybody so riled up about getting a thousand bucks a month, and then they don’t get it, there will be riots.

If acceleration is your game then Yang is your candidate. I don’t know if I’m there yet but I understand the appeal.

This shilling for Yang is sad. He wants open borders, cucks for Israel, and is pro gun control but…he is giving you 1000 dollars.

Trump has already signaled that he intends to do all that anyway. We might as well level the playing field and give everyone the same amount of gibs instead of just minorities and illegals getting gibs. If you are getting 1k a month for free, you can focus more on plan B…out breed them. If the 1k a month becomes a serious strain on government they will have to think about non-open borders options, which means stronger border security which stands in contrast to Trump’s position on taking in as many foreigners as possible.

It is time we learned some political Aikido.

The idea isn’t to elect him as president, but to force him into the Democrats primary debates. Is that right? That will force them to talk about real issues instead of having a contest of who can virtue signalling the hardest over the latest hate hoax.

Fuck it…America is basically just a bunch of people fighting for a pile of money and I want my slice of the pie. 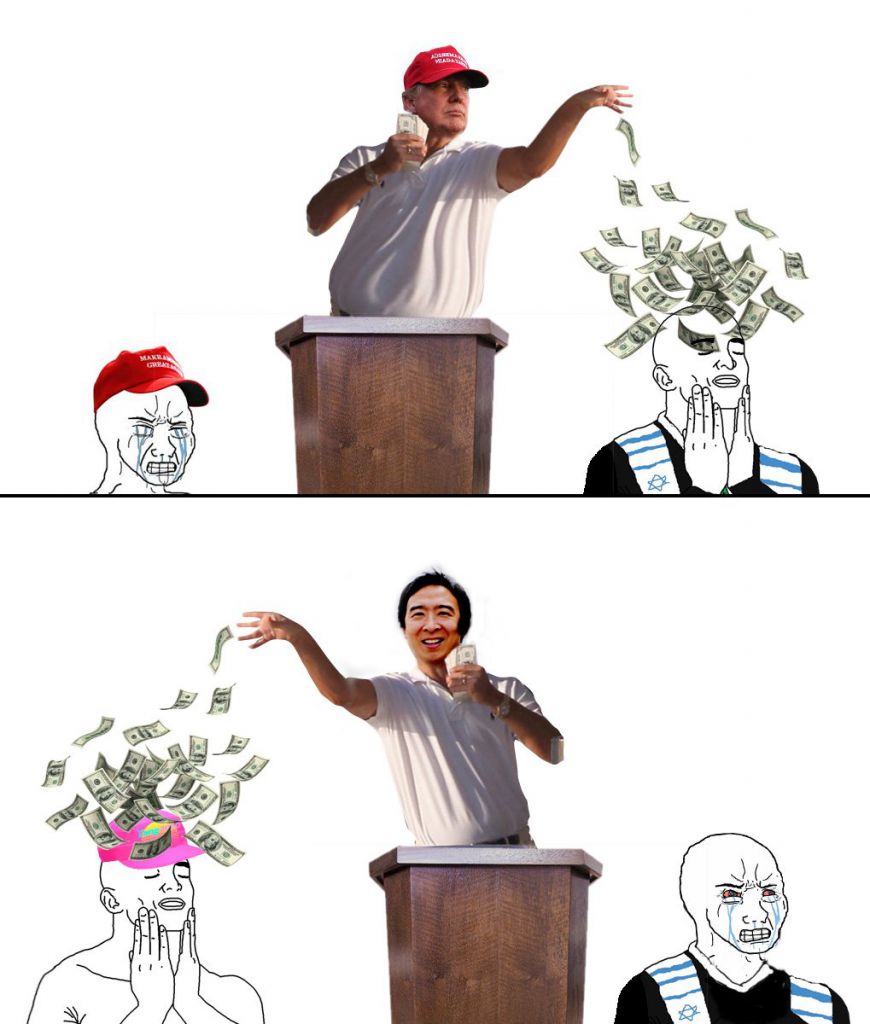 If the government gives 1K per month to just 200 million people, that’s 2.4 Trillion per year.

Andrew Yang is a goddamned idiot.

If you want to hit the accelerator on the road to hell, any Democrat will suffice. The GOP is the party of cruising at 35 mph on the same road.

Decisions, decisions…back in 2004 Marilyn Chambers was running and got my vote. I haven’t seen any options like that this time. Yang is just a nobody who will remain a nobody.

If Yang would change his stance on the 2nd amendment and be pro gun the dude would actually win republican votes (not the boomer vote).

They are a bunch of lazy, idiotic, entitled morons that spent their lives doing nothing much other than getting high and playing video games.

And serving honorably in the USAF. 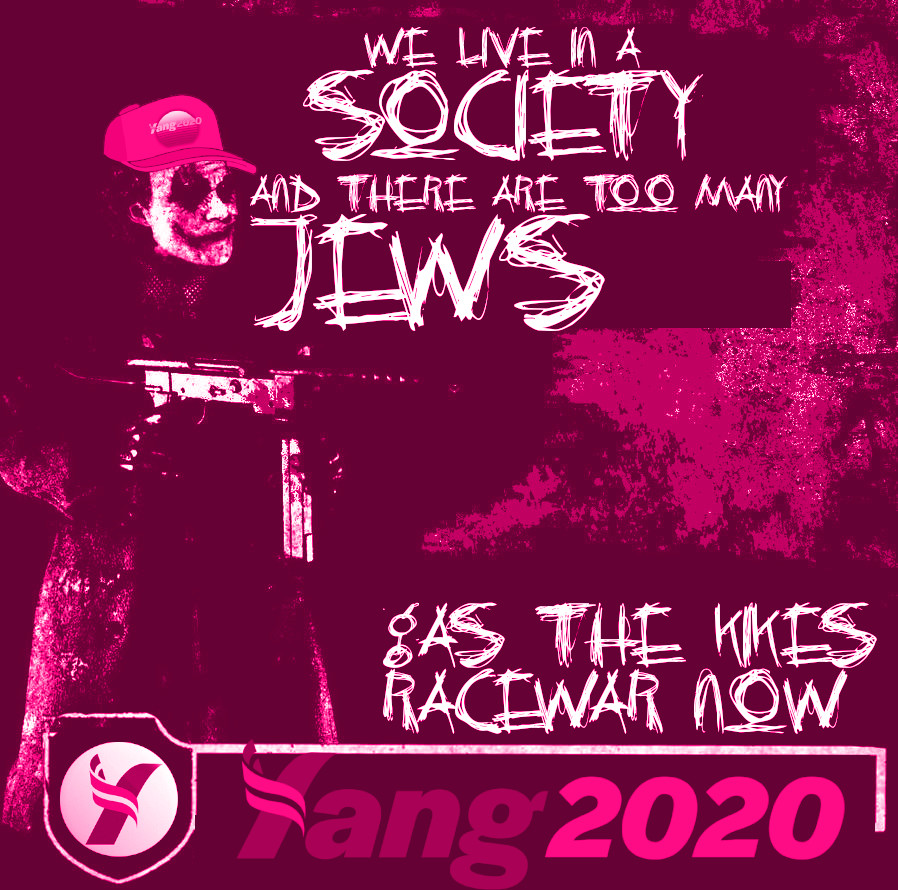 The guy is a totalitarian leftist. He’s not giving you anything, he’s only taking things away.

You presume too much.