Amsterdam's Plan: If You Buy a Newly Built House, You Can't Rent It Out

Marxists in Europe are getting bolder and bolder.

If you want to buy a new house in Amsterdam, you’ll have to actually live in it.

That’s the message from the Dutch capital as it prepares a new proposal to restrict sales of newly built housing to owner-occupiers, blocking out anyone who wants to buy the properties only to rent them out.

The plan, which is expected to be adopted into law without any great hitch this autumn, remains at proposal stage for now: It’s not yet been clarified, for example, how long an owner would have to occupy their home before being able to rent it out. It is nonetheless part of a clear push in Amsterdam to improve housing options for a group that increasingly struggles to secure affordable housing: the squeezed middle class.

Some of the reasons why this group is facing problems—ones that have a knock-on effect all the way through the housing chain—may sound familiar. The Netherlands has relatively high home-ownership rates, with 67 percent of the Dutch population living in owner-occupied housing as of 2014. Middle-income households that would have formerly expected to buy, however, are increasingly finding themselves priced out of the market, substantially by investors who then place the property on the rental market.

The challenges of investor-dominated rental markets is hardly limited to Amsterdam, and there’s a growing determination across Europe to show a tougher, more heavily regulated approach to large-scale housing investors. Barcelona, for example, is imposing massive finesfor landlords who leave properties empty, and Berlin plans to start renationalizing private housing after investors scooped up much of its rental housing in recent decades.

Rental units do, of course, provide somebody with a home, though it’s often on far less secure terms than ownership. As more units have become rental housing, many in Amsterdam’s middle class find they could have purchased a home if the market looked like it did a decade or so ago, but its changes mean they remain stuck renting.

Amsterdam’s proposed laws wouldn’t stop new rental housing from being built—according to the city’s proposal, that housing would simply have to be proposed and approved as rental property in the first place. On its own, the measure isn’t a fix for a malfunctioning housing market, but it should serve to reduce a certain amount of pressure at the upper end of the rental market.

Amsterdam has been working on ways to tackle this issue for a while. In a general plan adopted in 2017, it laid down the guideline that 40 percent of all new homes should be some form of public housing, while a further 40 percent should be for middle-income households, defined as households with an income between €38,000 and €60,000 ($43,000 to $68,000).

This month, the city announced that it plans to go further by placing a cap on the cost of new homes that are built for this middle tier. Maximum prices would be capped between €175,000 and €297,000 ($198,000 and $262,000) depending on size and location. This cap isn’t so low as to make homebuilding unprofitable; the maximum is just below the current average Dutch home price of around €302,000.

These new limits placed on housing may be broadly friendly to both tenants and owner-occupiers, but this group is not getting away without tighter regulation itself. According to reports this winter in the Dutch media, between 10 and 20 percent of Amsterdam’s rent-controlled apartments are illegally sublet at some point, either to permanent tenants or as short-term vacation rentals. There’s apparently little pushback from the housing associations that control these tenancies. The national government wants to clamp down on this abuse by upping the potential fine incurred, from a current (and largely unenforced) €20,000 to up to €83,000 ($94,000), creating a deterrent actually large enough to stop people gaming the system. 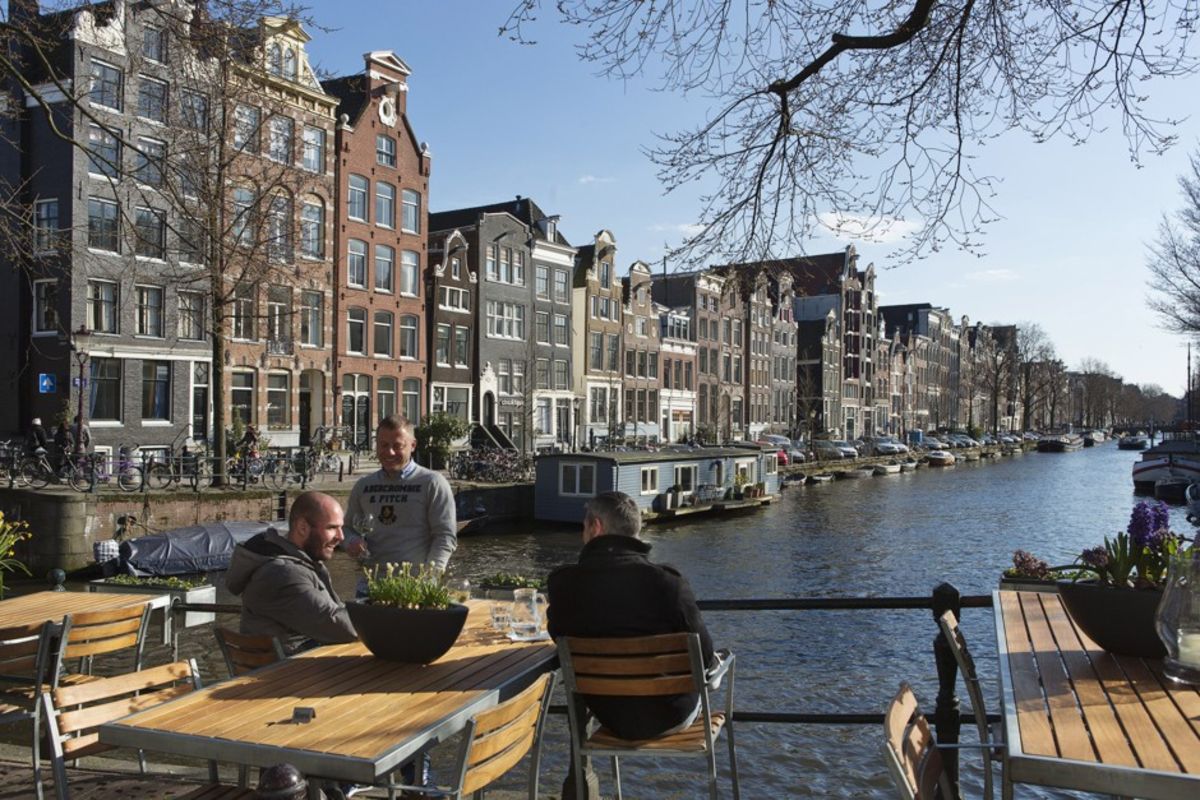 Amsterdam's Plan: If You Buy a Newly Built House, You Can't Rent It Out

In an effort to make housing more affordable, the Dutch capital is crafting a law that says anyone who buys a newly built home must live in it themselves.

Strangely enough, I’m not opposed to this… at least on the surface. I’m not sure what lies under the covers though. Maybe there are things I dont like about the actual implementation of this idea.

The reason is that there are certain items that people need and work hard enough to afford if it were not for investors using the unnatural demand and subsequent appreciation of these items that are brought about through speculative investment. Housing is one of them. Basic food and clean water are others. I’m not saying housing should be free. But its cost should not be artificially driven up by investors.

I won’t object if anyone here calls me a marxist or whatever. Almost everyone knows I’m not one.

Sorry @supperhey, it is rare that I disagree with you. But this is one of those times.

So what will happen - people can’t go to Amsterdam and rent as there won’t be anything available, so they will stay away, from jobs for example. Skilled labour brought in would not want to commit to buy as they may not be there long. If they do buy, they know they cannot then leave and rent out the property! That would deter buyers, employers and companies. Amsterdam will just be a red light, hippy shithole and investment will go elsewhere. Whenever government tries to interfere to make things “fairer” you know it will turn out a big balls up!

I never said I hated the NHS, you are putting words into my mouth! The NHS is a mess and unsustainable as it is - FACT! You seem to lack the simple concept of economics and basic business. You would not invest in a location where you can’t hire quality staff! This is nothing to do with right /left bullshit, but just simple common sense. Fitting in with who? You? Let’s take a straw poll here to see who is the rational one, shall we? Me or you?

How would you know? You don’t even live here. I think it is pretty unanimous that our NHS is a mess, no matter of where you are on the political spectrum. The most ardent libtard would agree with me. Funny that you as a Canadian, looking in from afar knows better! The only difference is how we propose to remedy the problem. Libs want to throw more money at it. So even they admit it needs fixing!

You really shouldn’t comment on something you know jack squat about. Makes you look even more dumb.

Sorry @supperhey, it is rare that I disagree with you. But this is one of those times.

Thats fine, and I understand your points. To me, any infringement on private ownership is marxist to me. They already have rent control in place on top of this, so it wont encourage developers to build new houses, adding to or stoking a housing crisis, if there is one. Look no further at blue states such as CA and NY. Placing all kind of restrictions on housing in general only exacerbates it, and the government needs to get its hands out of these matters, and only provide protection and restriction to foreign “investments” i.e. invasions such as Chinese commie officials laundering their money by buying up real-estates elsewhere (look at Canada).

and the government needs to get its hands out of these matters,

Yes…I’m internally conflicted on this matter.