In 2013, the Nation’s Report Card showed that only 38% of high school seniors were proficient in reading. With scores like that, the U.S. isn’t likely to earn the “most literate country” award any time soon.

So what is America’s international literacy ranking? According to The Washington Post , the U.S. places seventh behind Nordic countries such as Finland, Norway, and Sweden. Such a score is obtained by looking at newspaper circulation and readership, library availability, education access, reading scores, and computer usage in each nation. 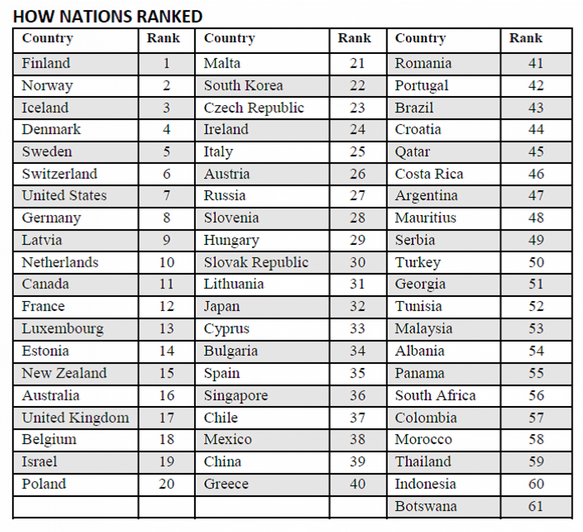 The Washington Post bemoans the fact that the leading nation of the free world ranks so low in such an important area. And well they should, particularly as the following U.S. literacy statistics are even more alarming:

But so what, right? In our enlightened digital age, what harm does it really bring if American literacy is tanking?

A lot of harm, according to John Adams, particularly when it comes to elections. In 1761, he noted:

“The very Ground of our Liberties, is the freedom of Elections. Every Man has in Politicks as well as Religion, a Right to think and speak and Act for himself. No man either King or Subject, Clergyman or Layman has any Right to dictate to me the Person I shall choose for my Legislator and Ruler. I must judge for myself, but how can I judge, how can any Man judge, unless his Mind has been opened and enlarged by Reading. A Man who can read, will find in his Bible, in the common sermon Books that common People have by them and even in the Almanack and News Papers, Rules and observations, that will enlarge his Range of Thought, and enable him the better to judge who has and who has not that Integrity of Heart, and that Compass of Knowledge and Understanding, which form the Statesman.”

Considering the state of the modern election circus, would you say it’s high time for Americans to step up their literacy game?

I think all of the illegals flooding into our public schools and failing because they don’t understand English is tanking the reading ability statistics.

Our city schools where illegals seem to attend boast a 50% graduation rate whereas the burbs are at 96%.

Dont, or cant, or wont learn bc everything else is posted in Spanish?

With the exception of Switzerland, all the countries that beat the US are Nordic countries, where winters are long. Switzerland also does not have a tropical climate. I wonder if this encourages reading by the fire, thus giving them a natural excellence in literacy.

It’s why I find the DACA conversation so ironic. Many are not HS graduates. Some can only speak english. Spanish is almost 100% in DACA parents households. Th average age is 26 so they are not children.

What a pathetic nation we have become allowing the media and left to convince the entire nation, oh the poor children.

Well, I can tell you that most of my struggling readers have parents who push their kids to read outside of school. They claim they do, but we all know that is not accurate. We can tell which ones read and which ones don’t outside of school. Particularly after summer break. When they come back worse than when they left…yeah, you have them reading all summer.

What do we expect when we continue to import 3rd grade dropouts from turd world countries ? Democrats love them young and dumb !!!

I get that. I was just trying so show that those who say they make their kids read outside of school are obviously not as we can tell based on their ability. It is MOST noticeable after the summer months only because of it’s a longer period of time. It’s noticeable at other times also.

but Mama this new video game is so much more awesome than playing outside.

Tell me how many times I hear something along those lines when asking what did you do this weekend. I rarely hear, read this great book no matter what the weather.

They make it too easy for foreigners to fail in school and bring the rest of us down. If those little bastards can’t speak the language then they have no place in the classroom. Put them back in the sweatshops where they belong.

Perhaps I am an anomaly because I did everything I could to get my son engaged in reading. He just didn’t do it. Oftentimes, I was in tears thinking I was a failure as a parent… How could I just not find the right way to reach my child to teach him how important reading was?

Lo and behold… When he was in his 20’s he became an avid reader. Topics? How the brain functions, lucid dreaming, meditation…

I suppose in a way, I was a failure as I thought Harry Potter would be interesting to him. It just wasn’t.

Lo and behold… When he was in his 20’s he became an avid reader. Topics? How the brain functions, lucid dreaming, meditation…

Im of the same way. After the “required” readings from schools were over, Im now an avid reader hunting non-fictional books of random topics at a local goodwill or thrift stores to read (usually $1-3 per). Im using a website called goodreads.com to track my reading bc they have a “year in books” section which display what you read that year in a nice, graphical and statistical way which further tricks myself into reading and accomplishing more. 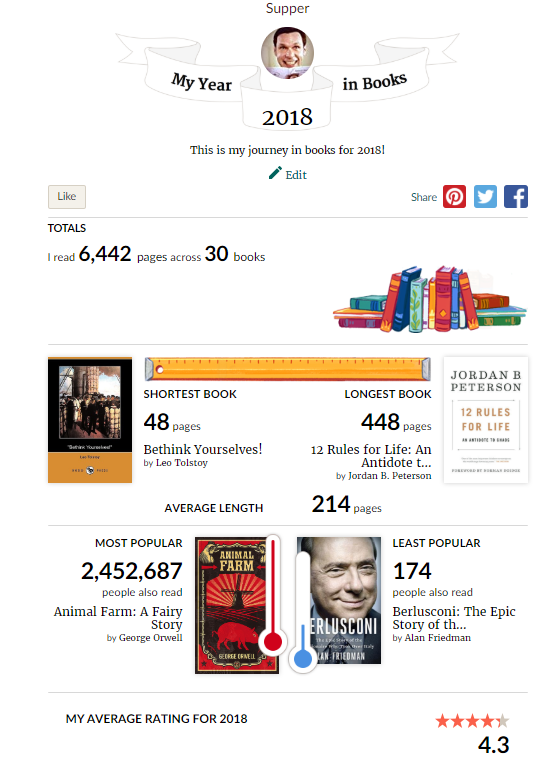 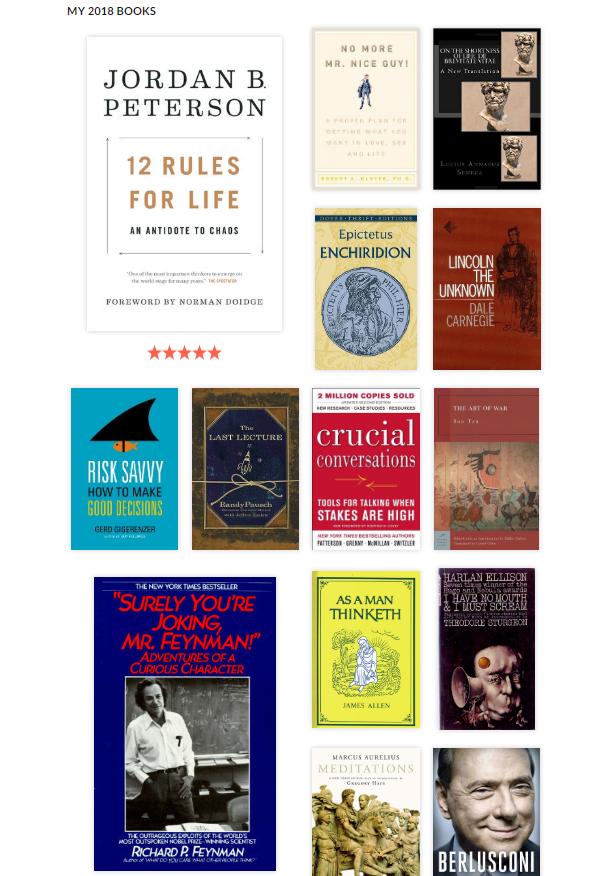 What do we expect when we continue to import 3rd grade dropouts from turd world countries ? Democrats love them young and dumb !!!

That is ridiculous. I would expect that kind of pass the blame game from a lib not from a conservative.

When I went to high school, I was inundated by minorities. I could literally not go to the girl’s bathroom without a shakedown. Honest to God, I had knives shown to me if I didn’t comply.

Yet, I took AP classes and got an education in spite of it all.

Well, not only is that awesome but inspirational as well.

My most sincere kudos to you Supperhey!

Dance to the beat of your own drum. Not the drum someone else beats for you

That’s the thing. You have to find out what THEY are interested in. If they don’t care about the subject they are less likely to want to read about it.

Dance to the beat of your own drum. Not the drum someone else beats for you

More like tricking yourself into an enforceable habit with the dopamine drip every time I finish a book and add to that infographic. I recommend the website to all. Just ignore their blog post recommending books, those are usually liberal books; tho their side recommendations (found on the right hand corner once you read / racked up 20 books) are quite accurate because they go off of how other users have tagged or “shelved” their books as.

You can also log your reading progress. As we all know, progresses beget progresses.

Im of the same way. After the "required" readings from schools were over, Im now an avid reader hunting non-fictional books of random topics at a local goodwill or thrift stores to read

That’s something I’m not a fan of. Of course there are things for class they need to read (in class), but for reading outside the class we don’t assign anything in particular, just ask that you read.

Not everything appeals to everyone and forcing them to read something they find boring, or tedious, just isn’t helping.