I saw this on twitter, I’m highly interested in industry and manufacturing, supply chain … here this guy lays out a interesting strategy. 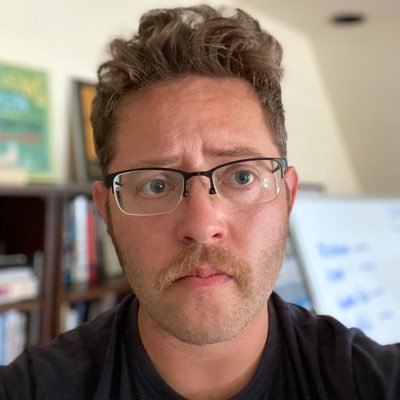 @JoshuaSteinman
I used to coordinate our U.S. supply chain policy when I was on the National Security Council (2017-2021). And from where I stand, the time is about right for a daring Governor to create an AMERICAN MANUFACTURING HUB to rival those in Asia. Here’s a simple roadmap: 1/8

@JoshuaSteinman
LOCATION LOCATION LOCATION: Want to build a new world-class manufacturing hub? You need power and water. I like nuclear, it’s cheap and “GREEN.” Next, access to 🚛 🚛 🚛 and ✈️ ✈️ ✈️. BONUS: close to a rocket launch facility. You’ll thank me in 2030. So will @elonmusk! 2/8

@JoshuaSteinman
INDUSTRY FOCUS: My gut says start with one industry. Want to do Semiconductors? Relocate EVERYTHING a Fab needs to within TEN MILES. @rivatez may have thoughts on this and I defer to her + other experts. The game is SPEED. Lower time-costs compound. 4/8

@JoshuaSteinman
PLAN TO EXPAND This is CRITICAL. If you want to go for the BIG KAHUNA of manufacturing zones, it can’t just be one industry. You’ll need to be thinking about the next phases of development months and even years in advance. 5/8

@JoshuaSteinman
Then: REGULATION There’s no good way to say this. You’re going to need to be UNORTHODOX. The FATE OF THE COUNTRY may well be at stake. So ACT DECISIVELY, and fight HARD to make sure the project can proceed effectively. 6/8

@JoshuaSteinman
Finally: CYBERSECURITY This is important because HIGH AUTOMATION means an opportunity for BAD ACTORS to come in and mess things up. I won’t say more, but follow us at @GalvanickCo: we are securing industrial operations. 7/8

@JoshuaSteinman
THAT’S ALL FOR NOW. If you want more on this, hit the “follow” button (@JoshuaSteinman), I often tweet about about the FUTURE OF INDUSTRY. And if any Governors out there are reading this: my DM’s are open. Give me a shout. 8/8
LouMan November 12, 2021, 12:58am #2

Manufacturing left the US due to costs and over regulation.
.

We can incentivize, and deregulate

We should create many economic development zones in the US. Forward looking cities and states with access to shipping ports, space ports, capital, engineering talent, manufacturing expertise, nuclear energy, and low-tax/no-tax incentives.

This is the way. It can be done.

Not going to happen in the US.

Oh shut up, you’re to negative

He’s hinting- and let’s be real- the only likely place for this would be the Lone star state. It could never happen in a Blue state - insanely redundant regulations, ultra union slack - er, workforce, too much wokeism. I’d like to see it in NC or SC, if manageable, but TX is the only state with the courage to get things done.

Reality is difficult at times isn’t it.

Do you honestly see the EPA going away, relaxing standards?
Do you honestly see people accepting less pay and benefits?
Imagine anyone giving up their right to sue their employer?
Do you ending the green deal in favor of cheap carbon based energy?

I agree with your assessment on this particular issue. I can see this working in other red states as well. I always find it amazing how liberals with their misrepresentation of facts always want to state that blue states are bigger producers than red ones. What is missing is both New York, California, and Illinois are the states with the most insolvency, and when comes to their debts its always these same states demanding Federal monies to bail them out otherwise they would have drowned a long time ago.

The trouble for Liberals is the GAO tracks entitlement spending.
http://www.youargue.com/55pm13…

If we simply were allowed to bankrupt the federal government to which they would be unable to subsidized blue states I just mentioned, then such blue states would either be forced to raise taxes (which they do anyway because that is all Democrats know how to do instead of actually putting forth smart policies that works for everyone) or learn to be self governed, or simply go bankrupt. With the current crop of leadership of Democrats holding office, its always lip service they give while promoting such garbage policies like the green new deal, infrastructure nonsense to graft even more money from the tax payers to make themselves feel good with their make believe narratives that they accomplished something. In reality such spending and fake policies only serves the purpose to hide their obvious ineptness of critical thinking, real leadership to solve fiscal problems in order to self promote and win another election cycle; and around and round we go.

Lastly, and the point, if manufacturing is to return especially to blue states then change has to happen at the grass roots level starting with winning local elections that share this common view of changing the culture itself. Change in our education system where emphasis on trade skills and not gender studies offers the best opportunities for a working labor force. With the advent of the open borders where thousands of illegals currently flooding the country are going to be competing for lots of jobs, as well as becoming another demographic of becoming dependent on Government entitlements without addressing the issues of putting Americans first then the country is doomed; and its Democrats and low info voters like the in house clown here Montecrusty who champion such policies that threaten the future of the country and its future labor force. With such threats and insane policies to which the left wants to usher in such as Socialism as a means to fix things, compounded with a apathetic public who is too distracted with watching TV, consumerism, and their social media accounts of how many “likes” they can get, then it is easy to see the Trojan horse that awaits us all! This view of course is exacerbated by the break down of civil society, and the common values that holds a country together. America is simply doomed along the lines of division where identity, race and gender politics is central to keeping the country from being ever united to care about such things, thus things will get worse where the dystopian nightmare that George Orwell and Huxley warned us about is actually coming to fruition at a much faster rate that we can even comprehend. Big tech, the move to crypto yadi yadi ya then its easy to see what the end game is, where consolidation of power to a select few in order to control every aspect of commerce and the commoner’s lives is their plan. With the fake manufactured COVID hysteria its pretty easy to see the mechanisms that were and are being put into place exactly for this objective. What time is it? The time is now! Now or never! The final thought is that no one actually wants to be honest about these facts let alone being honest with themselves, so either we are on a collision course with the ones we disagree with ideologically such as a civil war, or we all agree on a amicable split along red and blue lines, either way we are heading somewhere no good.

Do you honestly see people accepting less pay and benefits?

Imagine anyone giving up their right to sue their employer?

What are you talking about

Do you ending the green deal in favor of cheap carbon based energy?

For manufacturing to resume in America in any meaningful way, regardless of some super hub in a particular state, Americans have to be willing to pay more for goods, a LOT more……

And presently, they can’t even handle a bit of inflation……

Yup made in America is better then made in China

We can incentivize, and deregulate

Not with greedy dems in the mix , who knows perhaps there could be another endangered bug of roach the need to protect .

And presently, they can’t even handle a bit of inflation……

They’re having sticker shock, and they’re not thrilled with how jammed up the pipeline for their cheap Chinese made stuff is currently. People would pay more and buy less if we brought manufacturing back stateside- but it would have to be with a clear agreement between the govt. private sector and unions that they can’t be working at cross purposes. Some unions understand this, but a number of them really don’t care.

That makes sense, but I’m not sure how willing Americans will be for the prices of their goods and services to increase……

Manufacturing will not return to the US in volume as we have:
A highly regulated society.
Higher cost of living.
Benefits.
Unions.
Corporate Taxes
Environmental laws/regulations
Work ethic
American consumer attitude. How many people in the US will buy the 350 dollar 50" LD TV vs the 1500 dollar 50" LED made in the USA?

As a side note, who will manufacture the parts for the LED TV?

Manufacturing has to come back

No doubt however the issues are at best difficult.

30% of military electronic parts are imported from China.

Now that is beyond stupid.