American Greatness: Why Trump is Destined for an Historic 2020 Win by Conrad Black

American Greatness: Why Trump is Destined for an Historic 2020 Win
by Conrad Black 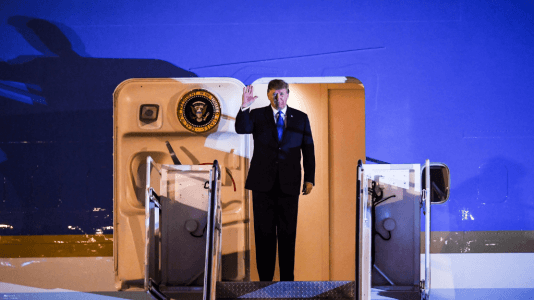 Why Trump is Destined for an Historic 2020 Win - American Greatness

Each week, as the thundering host of Democratic seekers of their party’s 2020 presidential nomination scramble for attention and try to outflank their rivals to the left, that party rolls out a new policy proposal that lurches further away from where...

QUOTE: Trump is not going to be running as an unsuccessful president as Carter did, or even as a marginally successful president as the Bushes and Obama did. He has delivered tax cuts and reform and great prosperity, as Reagan did, and he is the first president to deal seriously with illegal immigration and oil imports and nuclear proliferation to rogue states (Iran and North Korea), since those crises arose. He has refused to be stampeded by the eco-Marxists while doing nothing to backpedal on the environment itself, and has partially delivered on trade imbalances and will almost certainly reach a much improved trade arrangement with China.

Contrary to the assessments of Trump-haters who supposedly know something about the economy, such as Paul Krugman and the Economist magazine (which on the subject of Trump is as drivelingly hostile but not as amusing as Vanity Fair or the Daily Beast), this economy is not going to cool out appreciably in the next 18 months. As was mentioned here last week, the Democrats are going to pay heavily for the disgraceful Russian-collusion red herring. He has delivered tax cuts

Yes, but he didn’t pay for them. Anybody can do that. But unfortunately people only care about the national debt at election time, and then only if they can bash the opposition with it.

Yes, but he didn’t pay for them…

The growing economy and new jobs paying new taxes is what pays for them. That’s Economics 101. Only a dope sees revenue and expenditures as static.

“In short, it is a paradoxical truth that tax rates are too high today and tax revenues are too low and the soundest way to raise the revenues in the long run is to cut the rates now”

Wrong. The national debt that he pledged to pay off in eight years has increased by more than two trillion dollars under his watch, did you hear that, over two TRILLION. And the balanced budgets that he pledged to run, bragging about how easy it is, well he has signed record budget deficits. The money for his tax cuts was BORROWED.

Everything is borrowed you imbecile. Obama created more national debt then all other presidents combined. That ignorant socialist pig more than doubled the national debt in a mere 8 years. Trump is finally bringing back good jobs and growth which is necessary to eventually lower spending.

You cannot BORROW something that you never had and was never yours in the first place. Thats MY money. You’re a friggin’ half-witted moron 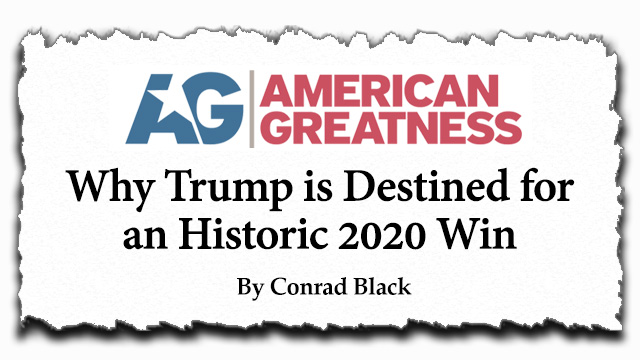 RUSH: To the extent that he's saying this, I agree. They are in the process of committing political suicide.

Everything is borrowed you imbecile.

Ok, we’re done. I see you’re another uncivil person with either no ability or no interest in having a debate. Just like your god man all you can do is spit personal attacks and insults.

You NEVER talk to anybody like that in the real world where you’d get your head shoved up your ass.

You NEVER talk to anybody like that in the real world where you’d get your head shoved up your ass.

You’re talking to the guy who shoved heads up a**es in school. Now, shut your punkass up

" Barring something completely unforeseeable, this president will have a stronger argument for reelection next year than any president since Richard Nixon in 1972 after his extraordinarily successful first term, if not Franklin D. Roosevelt’s double reelections in 1936 and 1944." 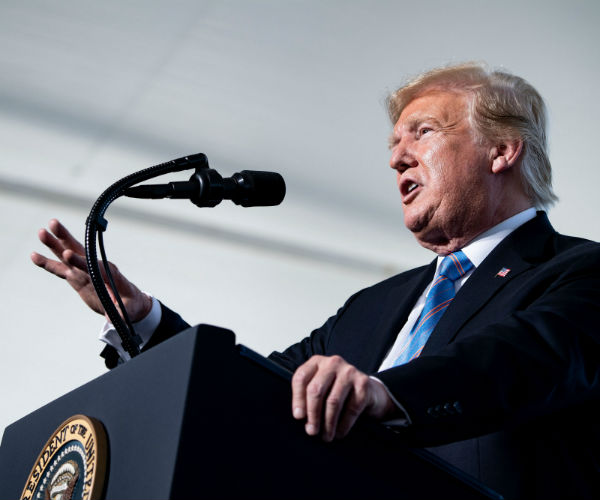 Smooth Sailing Ahead for Trump

The full proportions of the debacle that awaits the Democrats next fall is starting to penetrate their complacent disdain and revulsion toward President Trump.

70% of Wall Street thinks Trump will be reelected in 2020 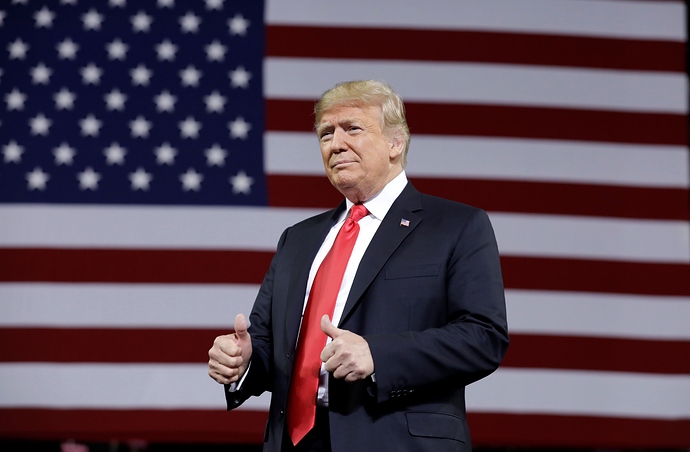 70% of Wall Street thinks Trump will be reelected in 2020

A new poll of Wall Street insiders shows that a vast majority expect President Donald Trump to win reelection in 2020.

A new poll of Wall Street insiders shows that a vast majority expect President Donald Trump to win reelection in 2020.
While Joe Biden was viewed as the most stock market-friendly possible Democratic candidate for the White House, more than 70% of survey respondents told global investment bank RBC Capital Markets that they expect Trump to be reelected.

You give him far too much credit!

This was great just reading this! Made my morning! I am still laughing!