Despite what Trump and his sycophants say. America is not doing well at all. Our borders are being overwhelmed by culturally alien people who want to impose their way of life on us. Hundreds of thousands of American men are committing suicide, and some mass shootings. Our jobs are being shipped elsewhere, or given to foreigners by traitorous GOP politicians like Dan Crenshaw so corporations can turn a profit. Americans cannot get access to healthcare or welfare because Democrats believe illegal aliens are more deserving than us. Our empire is spread across tens of countries around the world to protect Israel’s interests, not ours, causing our country’s reputation to plummet, and leading to wars that see the refugees of those wars flood our country with fervent hatred of us for something we never wanted. Hollywood and media culture debases us and distorts our views on things such as relationships, sex, and marriage to unhealthy levels that gender relations are at their worse.

America is dying, and no one’s doing anything to stop it.

As it dies we’ll form our own nation. Such is the cycle of civilization.

Why try to stop it? America as it is now is a degenerate, rotting corpse of a nation, its only purpose is to peddle mind altering degeneracy to the goyim, act as an ethnic melting pot for the creation of the ultimate golem slave race and the enforcer of Israel’s will. Let it burn, in fact pour some gasoline on it and once it’s been torn down to its foundations, build something better on top of its ashes.

Despite what Trump and his sycophants say. America is not doing well at all.

That was always the implicit message of Trump. Everyone knows this.

One of his pre-primary supporters here.

Trump advertised legal immigration, Israel connections, everything from day one. He was the guy that practiced what a lot of liberals preached. All that ‘he’s secretly Hitler’ shit originated in MSM lies, which many of us astroturfed into common notions about muh god emperor who will purge all the degenerates, and the commies on reddit and /leftypol/ ate it up. Yes, you got that right. It was a story we made up to scare leftists. And it worked.

He was useful in getting elected, and afterwards. The asshurt he generated caused a lot of erratic behavior which created a political environment more prone to acceleration. He gave us everything we wanted from him. So whenever I see someone posting shit like

he betrayed us, he wasn’t based after all we should stop voting goyim

I immediately either think that person’s a leftist larping as a nahtzee, or a literal retard. No offense. Sort yourself out, OP.

He gave a speech to AIPAC and said that they didn’t trust him because he didn’t want their money and wouldn’t be controlled by them. He may have followed it up by stating he would be a great friend to Israel, but he definitely advertised something other than what he turned out to be, which is a robot who says whatever the masters tell him to say while drowning in ■■■■■■ money. You’re right, thanks to his combative divisive personality, and our egging it all on, we’re in a timeline more prone to accelerationism, but then doesn’t it stand to reason that the ride will continue whether or not he’s reelected? I ask because it sounds a lot like you’re insisting we should go vote for him again and that he’s done exactly what we hoped for, which is not so. Whoever wins, it’s acceleration. Alienating the right is just as effective as alienating the left.

Yes, you got that right. It was a story we made up to scare leftists. And it worked.

Why are you talking like we weren’t there and don’t know exactly what happened. Next you’ll tell me that we were the Russian bots - amazing.

Today America is ruled by ■■■■■ crypto-■■■■ and their shabbos goys. No wonder America is dying.

Absolutely. The country is fucked because it has been occupied militarily by the ■■■■■ forces since 1945.

I don’t know what JQ is, but it’s a miracle that the country survived the artificial earthquakes in 2011 and subsequent nuke terrorism by Israel.
http://82.221.129.208/fukureport1b.pdf

Much like the UK - and other western countries are going the same way; owing to the extreme Left’s insanity we’re sleepwalking into self-annihilation.

Again!!! I assume all you ANTISEMITES celebrate KRISTALLNACHT and the establishment of the DEATH CAMPS!!!

Meanwhile in reality, “hundreds of thousands of men” are NOT committing suicide. While illegals are coming in large numbers, it’s hardly enough to overwhelm us. It’s concerning and needs to be shut down but it ain’t over till the fat guy with the rifle is out of ammo… Seriously, we live in the most prosperous time in history in the most prosperous nation in history. There are certainly problems but you want to trade the car in because the radio just broke. It’s not the end of the world.

(Reply to all servants of ■■■■ and big banks)
Kristallnacht was perpetrated by some Germans who had no idea.

There were no death camps under Germans. (Sure, some people died there, like in any town. Nobody ever dies in your town?)
Deaths and infections worsened because of the Allied bombing of German transportation network.

Why don’t you worry about FEMA camps, true death camps, instead of fictive Nazi “death” camps?

That’s moronic. Hundreds of thousands of documents and pieces of evidence prove you wrong. This conspiracy theory crap is entertaining but it’s dangerous and ignorant.

Excuse me, I briefly lost my sense of humor reading the first post and missed that you were being funny.

It is still the best game in town and people are trying to stop the slide to the left.

You can either fight to keep it sliding to the left as Trump is trying to do or you can keep pointing out all of the negatives rather than the positives.

Are you still laughing?
If so, you’re the happiest man in the world.
(Ignorance is bliss, you know) 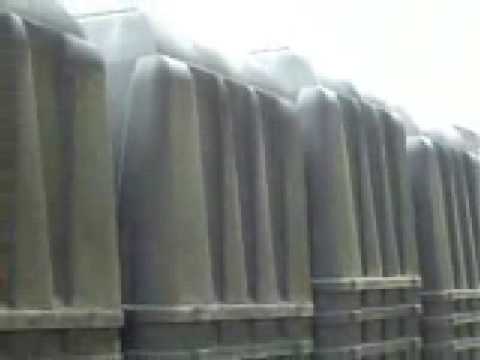 Didgevillage, What would you call Auschwitz ,Treblinka and Sobibor???. Probably EuroSpas!!!

I have visited these three places you mention.

Auschwitz actually consisted of three camps, of which Birkenau was an agricultural commune.

Spa was right, I guess. Germans were very much into hygiene and were appalled at the East Europeans infested with lice and fleas which sure enough led to typhus outbreak.

Unfortunately little remained of Treblinka and Sobibor, and there were only “legends” made up after the war. Consequently, you can insist anything that may or may not have happened. Probably George Washington slept there.