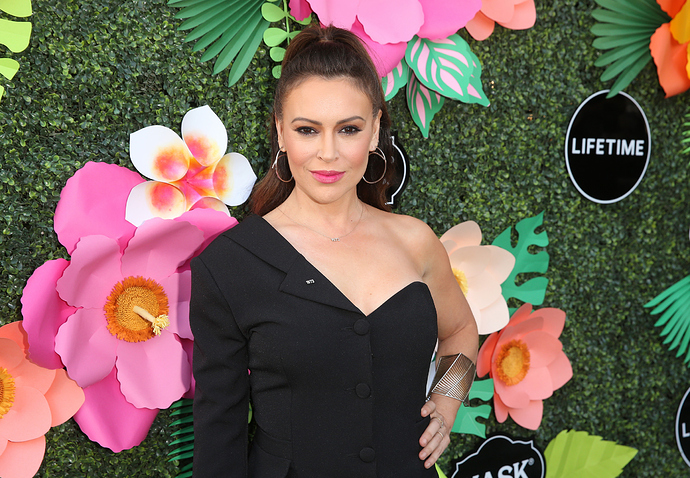 Milano's visit to the facility occurred the same day Democratic presidential candidates were set to attend a debate about 30 miles away.

"She live streamed her attempt to access to the detention center on Periscope, and an employee at the center told Milano that she needed to schedule an appointment. A man who was with the group responded that they wanted to visit without warning in order to see the everyday conditions and not a sanitized environment.

One woman with the group said she drove from Massachusetts with her two children to visit the detention center and pointed out that it was valuable to note that people were traveling to Florida not only for the normal tourist attractions, such as Disney World and beaches, but to bear witness to the detention center."

What Alyssa Milano and her entourage fail to realize is that there are consequences for illegally crossing our borders. Borders of sovereign nations aren’t “arbitrary lines.” People died to establish our borders, which protect her right to be ignorant and loud.

Objectively speaking…its good that people to want to improve the detention center conditions - especially for the kids. But there is only ever talk of shutting these places down. Where are they supposed to go? Hotels? People’s homes? Back to their ‘families’ being held in other centers? Why is it that these “activists” can’t ever think things through?

Because in my experience, liberal activists don’t necessarily want to actually fix the problem, they just want to own the issue.

They don’t care about improving conditions. Just the other day they organized a walk-out at Wayfair because they were selling beds to a contractor who was going to furnish them to detention centers that housed children. If they actually cared they would be happy that these kids wouldn’t have to sleep on the floor anymore and were getting beds that were nicer than anything they had in the shithole country they crawled out of.

If there are no borders, maybe the libs here want Mexican law to prevail.