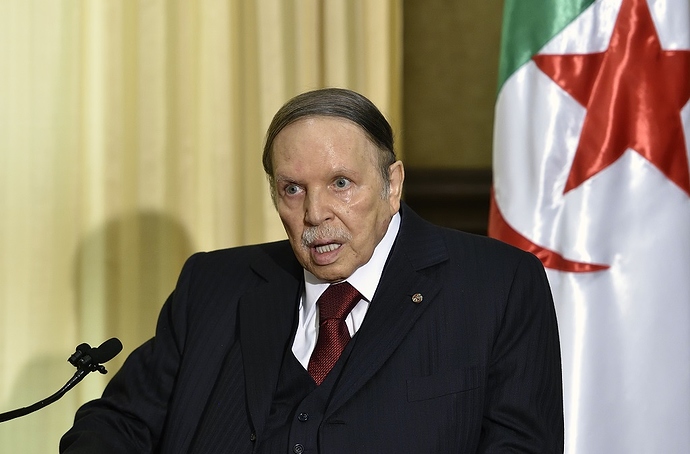 Originally scheduled to run from 21 March to 5 April, the spring break now starts on 10 March and ends on 4 April.

The ministry gave no reason for the move.

Students have been heavily involved in mass protests against the ailing leader, which began last month after he announced he would seek a fifth term.

Mr Bouteflika, 82, who is currently in hospital in Switzerland, has ruled Algeria for 20 years but has rarely been seen in public since he had a stroke in 2013.

He has said the protests could plunge the country into “chaos”.

Teachers and their students have gone on strike at several universities, while others said they would strike on Sunday.

Algeria reportedly has more than 1.7 million students, more than a third of whom live on campus.

But many others travel long distances to study from family homes.

The move comes the day after huge demonstrations in the capital Algiers, which drew tens of thousands of protesters.

Riot police fired tear gas to prevent the mostly peaceful groups from reaching a road leading to the presidential palace, and local reports said nearly 200 people were detained by the security forces.

Many who demonstrated on Friday initially gathered at university sites before heading onto the streets.

What happened on Friday?

The protest was the largest one ever against Mr Bouteflika. Riot police were deployed along the protest route, and helicopters circled the capital. All public transport services in the capital were suspended ahead of the rally.

Demonstrations were also reported in Algeria’s second-largest city, Oran, and in Tizi Ouzou. Some organisers had called for 20 million people to take part in Friday’s demonstrations, billed as the “#March 8 Movement” on social media.

What do the protesters want?

The wave of protests was triggered by the announcement last month that Mr Bouteflika would seek a fifth term in office in April’s election.

Mr Bouteflika later released a statement saying that he would step down early if re-elected - but this has not placated the demonstrators.

Many young Algerians are frustrated by a lack of economic opportunity and by what they perceive as the corruption of an elite that has governed the country since it gained independence from France.

Where is the president?

The president is believed to have been transferred to a hospital in Switzerland on 24 February, for what his campaign described as “routine” medical tests.

His campaign manager told El Khabar on Thursday that his health raised “no concerns”.

A spokesman for the Geneva University Hospitals refused to comment when asked if Mr Bouteflika was there. However, he has been quoted as saying that it had received 1,500 phone calls on Tuesday after the president’s location was revealed by French television programme Quotidien.

While most of the calls have reportedly been inquiring about the president’s health, a number of videos posted to social media show prank calls from Algerians. 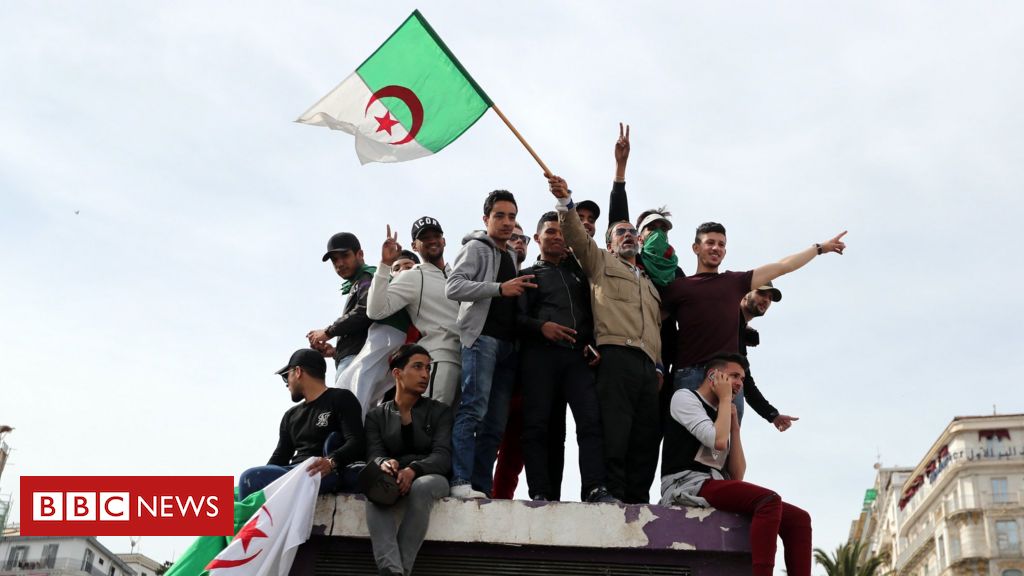 Good man - we need to post more news from around the world. That’s what these categories are for. Thanks for pulling the blinders off.

Algeria is a very interesting place. When I was younger I used to do a lot of business there. I always found the businessmen to have an iron grip on the country. If you were there conducting business with them, you could travel about freely without much concern that you would be kidnapped and held for ransom. I bring this up because it looks like they have moved in and consolidated power now that the old man is in poor health. Bouteflika has been running the country forever.

The student protesters want something new because that’s what they do. They don’t understand that should power slip before the right time, the country could plummet into total chaos. Let the local oligarchs do what they do best. 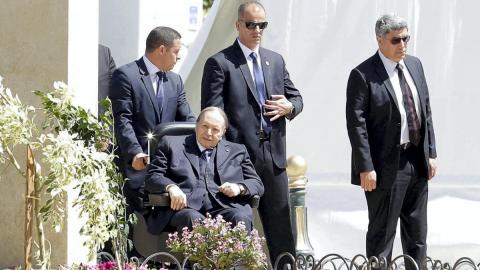 Algeria: Businessmen Call on Bouteflika to Run for Fifth Term

Algerian President Abdelaziz Bouteflika will most probably win a fifth term in the rule, observers said. The likelihood increased after the influential employers’ bloc joined the partisan and professional unions bloc in calling for the president to r