Al Gore compares climate deniers to the incompetent police inaction of the recent children murders in South Texas. How stupid can one be! 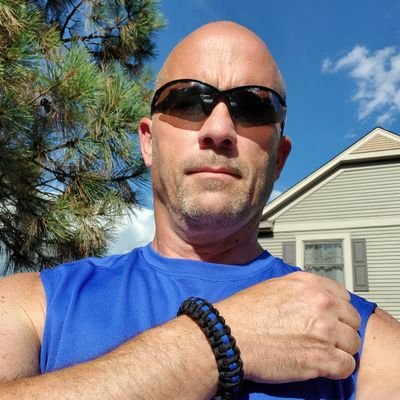 @LangmanVince
Al Gore became filthy rich off the #ClimateScam and he's still at it after 30 years of being 100% wrong on every prediction he ever made He's literally the greatest con man in the history of Planet Earth
2 Likes
tt53 July 26, 2022, 9:49pm #3

Fraud: Ten years ago Monday, Al Gore said we had only a decade left to save the planet from global warming. But Earth has been doing just fine. Why do we listen to this man?

While preening at the Sundance Film Festival in January 2006 during the premiere of his “An Inconvenient Truth” fib-umentary, Gore made his grand declaration. The former vice president said, in the words of the AP reporter taking down his story, that “unless drastic measures to reduce greenhouse gases are taken within the next 10 years, the world will reach a point of no return.” In Gore’s own words, he claimed we were in “a true planetary emergency.”

Ten years later, he’s probably hoping that everyone has forgotten about his categorical statement.

The terrible truth for Gore is that there is no planetary emergency. Not one of the dire predictions he and the rest of the alarmist community made has come to pass. In fact, there is plenty of evidence that they have been running a racket. Here’s how we know:

One, Earth hasn’t warmed in nearly 20 years. Yes, 2015 supposedly “smashed” the previous temperature record. But actually it was the third-warmest year on record — or maybe “not even close to the hottest year on record,” says James Taylor of the Heartland Institute.

The global average temperature, a devilish thing to determine anyway, depends on what temperature readings are being used and who is “adjusting” the data to fit their political purposes. The scientific community cannot be trusted to provide honest numbers. And 2015 was, after all, an El Nino year. Higher temperatures, with no link to man’s activities, were expected.

Two, predictions that climate change — the rebranding of “global warming” when it turned out that predicted warming wasn’t happening — would cause catastrophic weather damage haven’t panned out.

German insurance giant Munich Re says losses from natural disasters were lower in 2015 than in 2014 and lowest since 2009. The facts are sharply at odds with Gore’s 2012 claim that “dirty weather” caused by “dirty fossil fuel” has created “extreme weather” that “is happening all over the world with increasing frequency.”

Three, despite all the self-congratulatory international conferences and pseudo-agreements, the world has done nothing to “fight global warming.”

He cannot claim that his deadline has been extended because some governments have forced their citizens to cut carbon dioxide emissions. CO2 levels keep climbing and now exceed 401 parts per million in the atmosphere. It is simply not the dangerous greenhouse gas we’ve repeatedly been told it is.

Four, in the mid- to late-2000s, Gore repeatedly predicted that an ice-free Arctic Ocean was coming soon. But as usual, his fortune-telling was wrong. By 2014, Arctic ice had grown thicker and covered a greater area than it did when he made his prediction.

Five, Gore’s movie, which somehow won an Oscar, was found by a British judge to contain nine errors. The judge said it could not be shown to students unless it included a notice pointing out the errors.

Gore will never apologize for peddling deceit, never admit he was wrong. Best thing to do is ignore him.

Al Gore’s Climate Change Hypocrisy Is As Big As His Energy-Sucking Mansion.

Inconvenient Truth: In a recent interview, Al Gore claimed that he lives a “carbon free lifestyle.” The electricity bills for his home in Tennessee say otherwise.

CNN’s Jake Tapper asked Gore to respond to charges that he’s a climate hypocrite. “This is a criticism we hear from conservatives all the time when talking about people like you or Elon Musk or Leonardo DiCaprio,” Tapper said, “that you, yourself, have a large carbon footprint.”

It was down pretty sharply early, but you can see how it closed

Gore’s response was “Well, I don’t have a private jet. And what carbon emissions come from my trips on Southwest Airlines are offset. I live a carbon-free lifestyle, to the maximum extent possible.”

The maximum extent possible? Really? Then how does Gore explain the rather large amounts of electricity he uses to power his 10,000-plus-square-foot home.

A new analysis by the National Center for Public Policy Research found that Gore’s Tennessee home “guzzles more electricity in one year than the average American family uses in 21 years.”

In one month last year, the report found, Gore’s home consumed more electricity than the average family uses in 34 months.

The electricity used just to heat Gore’s swimming pool would power six homes for a year.

And this is after Gore spent tens of thousands of dollars installing “green” upgrades, which he was embarrassed into doing when his energy-hogging home first came to light a decade ago.

In fact, according to the NCPPR report, Gore’s home used more electricity last year than it did in 2007, before he installed all those energy-reducing features.

So where does his “carbon free” boast come from?

Gore says he buys “carbon offsets” to account for all the CO2 his home and lifestyle produce. For example, he pays $432 a month into a “Green Power Switch” program that helps fund renewable energy projects in Tennessee.

But buying offsets is a highly controversial way to assuage climate guilt.

Over the years, a number of “climate offset” groups have sprung up, claiming that people can erase their carbon footprints simply by writing a check for a few hundred dollars.

While some groups are on the up and up, there are a lot of scammers out there, as the Atlantic discovered when it investigated. “International law enforcement authorities and environmental advocates say that the carbon markets are extremely vulnerable to financial fraudsters,” the in-depth article explained. “Their shell games can also be hard to spot.”

Beyond that, it’s not entirely clear that legitimate “offset” programs are actually offsetting whatever Al Gore is producing.

In an article published by the journal Nature a few years ago, Kevin Anderson, deputy director of the Tyndall Centre for Climate Change Research at the University of Manchester, argued that offsets were “worse than doing nothing.”

“It is without scientific legitimacy, is dangerously misleading and almost certainly contributes to a net increase in the absolute rate of global emissions growth,” he wrote.

Got that, we-are-all-about-science crowd? Offsets are “without scientific legitimacy.”

Anderson says that while you can easily measure the CO2 impact from a certain activity, calculating how much actual additional reduction of CO2 results from buying an offset is virtually impossible.

“For an offset project to be genuinely low-carbon,” he argues, “it must guarantee that it does not stimulate further emissions over the subsequent century,” which is, he says, “impossible to quantify with any meaningful level of certainty.”

He argues that if you want to cut CO2 emissions, do it yourself. Don’t pay someone else to (supposedly) do it for you.

Anderson might also be right about carbon offsets resulting in more CO2 emissions.

A 2015 analysis by the Stockholm Environmental Institute of about 75% of the offset programs used by countries to trade CO2 credits as part of the Kyoto Protocol “are unlikely to represent additional emissions reductions.” In fact, the offset program may have resulted in an additional 600 million tons of CO2 emitted than would have occurred without them.

As anyone who reads these pages knows, we believe most of the claims about climate change are themselves scams. So we wouldn’t be surprised if many of these climate offset deals are, too.

If Gore really believed what he preaches about the horrors of climate change, he’d keep buying those carbon offsets, while also tearing down his mansion, draining his pool and staying put.
Al’s dark past …
Back in October of 2006, a Portland, Ore. masseuse accused the former vice president of “unwanted sexual contact” while performing a massage on him in a hotel room.

While speaking to detectives in January of 2009 the woman said she had been doing requested abdominal work on Mr. Gore when he demanded she go lower.

The New York Times reported that she told police, “I was shocked and I did not massage beyond what is considered a safe, nonsexual area of the abdomen,” she said. “He further insisted and acted angry, becoming verbally sharp and loud.”

“I went into much deeper shock as I realized it appeared he was demanding sexual favors or sexual behaviors.”

She alleged he later tried to have sex with her.

“I did not immediately call the police as I feared being made into a public spectacle and my reputation being destroyed,” she said. “I was not sure what to tell them and was concerned my story would not be believed since there was no DNA evidence from a completed act of rape.”

No charges were ever filed due to a “lack of evidence.”

A second incident allegedly took place at a luxury Beverly Hills hotel in 2007 when Gore was in town for the Oscars.

According to the National Enquirer, a Beverly Hills hotel source told them, “The therapist claimed that when they were alone, Gore shrugged off a towel and stood naked in front of her.

The Enquirer also alleges Gore’s fruit came out of the loom a third time, a year later at a hotel in Tokyo.

I’m sure his defenders will attack the journalistic integrity of the Enquirer, but I would note that they were the ones who broke the John Edwards, Bill Cosby and Charlie Sheen stories before the mainstream media would touch them with a 10 foot pole.

It’s also worth noting that Radar magazine, a subsidiary of the National Enquirer, featured Charlie Rose in a cover story about “Toxic Bachelors” in 2007, and refused to run a retraction when David Boies — Al Gore’s attorney in the 2000 Florida recount — threatened to sue them. Others on the list: Jeremy Piven, Jeffrey Epstein, Colin Farrell, Joe Francis and Kevin Spacey.

Like the vast majority of the #MeToo accusers I’ve seen on television of late, I believe the women who say that Al Gore assaulted them.

Any conversation about powerful men behaving badly should include Al Gore’s name. Even if it is “an inconvenient truth.”

Wgen you invented the internet, you can say whatever you want… and it magically becomes the truth. Oh, wait…