African Migrants Protest Denial of Passage Through Mexico to U.S

”This shit! They don’t feed me. They don’t give me anything. I am very angry with the government of Mexico. This is not normal. This is bullshit. We need a solution”

This right here is why I don’t have sympathy. 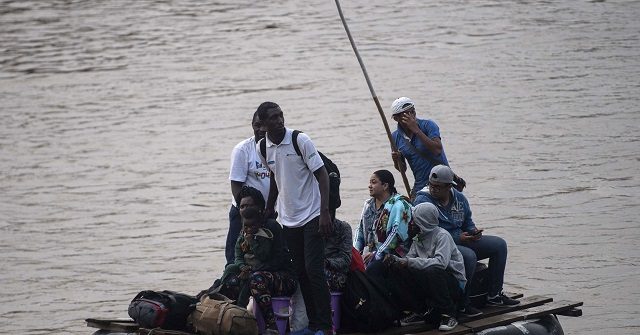 African Migrants Protest Denial of Passage Through Mexico to U.S.

Hundreds of African migrants are trapped in Mexico's southern region after new rules no longer allow them safe passage to the U.S.

African Migrants are going to realize how many fucks Mexico doesn’t give. We could learn from the Mexicans on this one.

Awesome. Looks like Trump putting the screws to Mexico et al actually is working. Amazing what a person can do when they can actually put a wrench in the gears that have been humming along for decades.

Now, move along and spread the word. Go back to where you came from and fashion it into your own utopia.

The new document being provided to migrants in southern Mexico states that the migrant may not “travel freely.” The document says they now must leave the country in 20 days “through a place destined for the international transit of people on the southern border closest to the place where said document was issued.”

In sane times, in sane countries, these invaders would simply be fired upon.

I think Mexico didn’t really care as long as the end result was arrival in the US.

When it becomes their problem? Things might not be so pretty for the migrants.

Kripes. It might just become bad enough that no one wants to use Mexico as a gateway

The level of insanity. Imagine protesting because you can’t illegally enter a country and rape it for its resources.

Why don’t they stay there and turn Mexico into Wakanda?

Have the Open Borders Leftists called Mexico Racist and demonstrated at Mexico’s Embassy???

Good! If the attitudes of these people is that they are owed being taken care of as they are on their way to impose themselves on other folks and demand they be taken care of by them (just for being there) then I hope they don’t only not get passage but they get deported!

I known a number of Africans who went through the system, who waited and waited and worked for it, and who work once they’re here and aren’t going around with their hands out, who include professionals and well educated, they are now citizens, and THOSE are the people we should want.

Not these migrants with their hands out and entitlement attitudes. Screw them.

Trump deserves credit for finally getting Mexico to start turning these “migrants” around.

I take it that racist bullshit doesn’t play in Mexico .