Calling it “objectively unreasonable,” a judge has sided with the state of Maryland against a Trump administration rule that effectively partially defunded Planned Parenthood and the abortion industry.

The Protect Life Rule requires facilities providing “family planning” services under the federal Title X program to be physically and financially separate from those that commit or refer for abortions.

The Protect Life Rule has been widely hailed as a massive pro-life victory that has taken $60 million away from Planned Parenthood, which refused to comply with the requirement that it separate its abortions from the rest of its operations.

“The administrative record reflects that literally every major medical organization in the United States has opposed implementation of this rule,” he wrote. “There is almost no professional support for its implementation.”

“What the abortion lobby is unable to achieve through popular opinion, they run to friendly courts to impose,” Marjorie Dannenfelser, president of the Susan B. Anthony List, told LifeSiteNews. “Abortion is not ‘family planning,’ and a strong majority of Americans — including 42 percent of independents and more than one third of Democrats — oppose taxpayer funding of abortion.”

“President Trump’s Protect Life Rule honors their will and the plain language of the Title X statute by stopping the funneling of Title X taxpayer dollars to the abortion industry, without reducing family planning funding by a dime,” she continued. “Not only were similar regulations upheld by the Supreme Court nearly three decades ago, but the Trump administration has won victories in both the 4th and 9th Circuits. We thank President Trump and Secretary Azar [of the Department of Health and Human Services] for their pro-life leadership and are confident the Trump administration will prevail.”

Students for Life of America president Kristan Hawkins, meanwhile, blasted Bennett as a “rogue judge” and suggested that abortion advocates are mad about the policy simply because Trump enacted it.

Friday’s ruling applies only to Maryland.

Twenty-one states and the District of Columbia are suing over the rule, which is one of many pro-life policies implemented under the Trump administration. Others include the president signing laws allowing states to defund Planned Parenthood, expanding religious liberty and conscience protections, defunding the United Nations Population Fund, and stopping most U.S. tax dollars from funding abortion abroad. 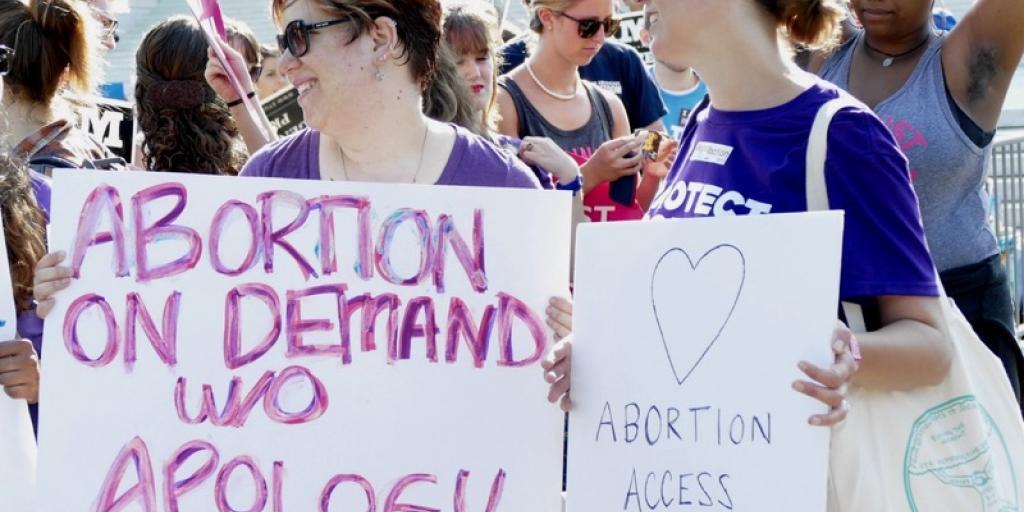 The Protect Life Rule has been hailed as one of the Trump administrations pro-life victories.

How do judges keep overriding the President of the United States? This is insane.

Someone needs to check the judge’s bank records. Planned Parenthood has no problem killing babies. Which means they would have no problem paying off judges.

There needs to be a law against this crap. The only court that should be able to overrule the President is the Supreme Court. Some random jerkoff in Maryland shouldn’t get to change what the Executive Branch is legally entitled to do.

I don’t know what you call it when a group of judges automatically decides that they now run the country and the man that we elected doesn’t. I’ll tell you what we call it in our house…BULLSHIT!

Has anyone ever noticed that these judges only make these rulings when liberals stand to benefit? It’s getting to the point where it’s so obvious that there needs to be some kind of oversight or scrutiny into these decisions. They are not objective at all. They are made purely along political lines and I too am concerned that many of these judges are on the take.