No wonder Leftists have no problem with the Anti-Women Taliban taking over Afghanistan again, afterall Leftists themselves are Anti-Women. 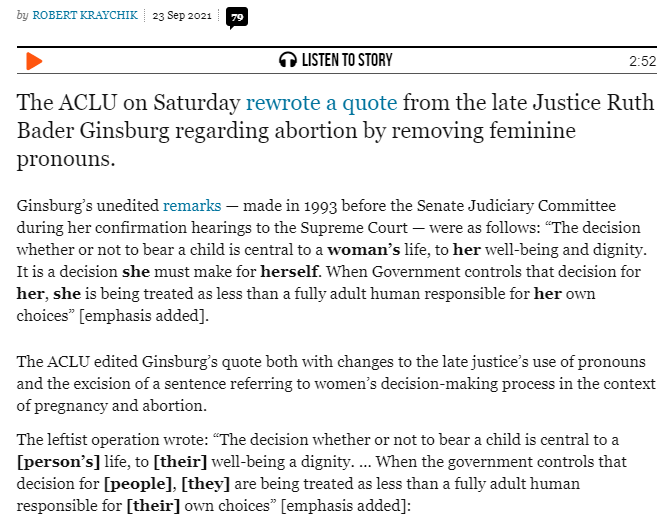 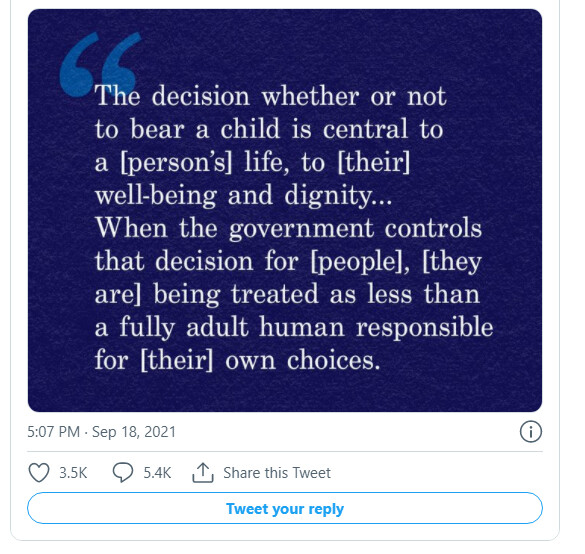 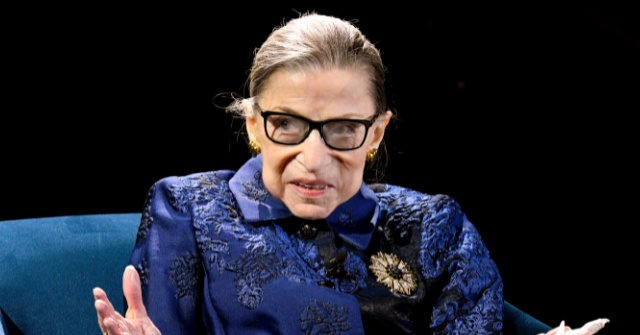 The ACLU rewrote a quote from Justice Ruth Bader Ginsburg regarding abortion by removing feminine pronouns and specific references to women.

No wonder Leftists have no problem with the Anti-Women Taliban taking over Afghanistan again, afterall Leftists themselves are Anti-Women.

Biden carried through with it. Our troops are gone and the Taliban is in control of Afghanistan.

The thread isn’t about Trump, it’s about the ACLU REMOVING ALL references to WOMEN from the RBG quote, illustrating the Anti-Woman Agenda.

Stay on topic for ONCE.

You opened the op talking about “leftists” the Taliban and Afghanistan…

You forgot the part of the deal that had to do with meeting certain conditions which the present administration IGNORED.

The thread isn’t about Trump

The ACLU are LEFTISTS.

The ACLU is garbage. A disgrace to the founders of the US. They have turned into a far left activist organization, that is fighting against everything that the US was founded on. That makes me even more mad. They don’t care about the freedom and liberty of the people anymore, and what they have become is just another propaganda tool for the progressive left.

The best thing for us as a country is to make the ACLU persona non grata, because they’re a public enemy #1.

Right in your opening statement you talk about Afghanistan and the Taliban…off topic!!!

Except that it’s America, and you can’t do that……

The left eats their own inevitably. Women are now ‘bodies with vaginas’, as not to offend LGBTQ± 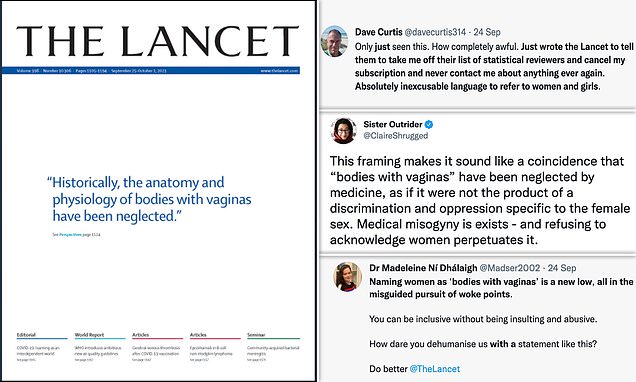 Fury as medical journal describes women as 'bodies with vaginas'

Medical journal the Lancet has been met with a wave of criticism for describing women as 'bodies with vaginas' on the front page of its latest edition.