India’s destruction of one of its satellites has been labelled a “terrible thing” by the head of Nasa, who said the missile test created 400 pieces of orbital debris and posed a threat to astronauts onboard the International SpaceStation (ISS).

Jim Bridenstine was addressing employees five days after India shot down a low-orbiting satellite in a missile launch that it says elevated the country to the elite tier of space powers.

The satellite shattered into pieces, many of which are dangerously large but too small to track, Bridenstine said. “What we are tracking right now, objects big enough to track – we’re talking about 10cm (six inches) or bigger – about 60 pieces have been tracked.”

The Indian satellite was destroyed at a relatively low altitude of 180 miles (300km), well below the ISS and most satellites in orbit.

But 24 of the pieces were going above the ISS, said Bridenstine. “That is a terrible, terrible thing to create an event that sends debris at an apogee that goes above the International Space Station,” he said, adding: “That kind of activity is not compatible with the future of human spaceflight.”

“It’s unacceptable and Nasa needs to be very clear about what its impact to us is.”

The US military tracks objects in space to predict the collision risk for the ISS and for satellites. It is tracking 23,000 objects larger than 10cm. That includes about 10,000 pieces of space debris, of which nearly 3,000 were created by a single event: a Chinese anti-satellite test in 2007, 530 miles above the surface.

As a result of the Indian test, the risk of collision with the ISS has increased by 44% over 10 days, Bridenstine said. But the risk will dissipate over time as much of the debris will burn up as it enters the atmosphere.

India’s ministry of external affairs said at the time of the launch the test was done in the lower atmosphere to ensure that there was no space debris. “Whatever debris that is generated will decay and fall back on to the Earth within weeks,” it said.

The missile test was celebrated in India but also drew criticism because it was announced by the prime minister, Narendra Modi, while the government is supposed to be in caretaker mode before elections starting this month.

The latest fragments add to the growing problem of space debris orbiting the Earth. Experts warn that unless the amount of junk is kept in check, collisions will become more frequent and could eventually trigger an apocalyptic cascade, something along the lines of the one seen in the opening sequence of the film Gravity, where the Hubble Space Telescope, ISS, a space shuttle and the majority of its crew are all reduced to splinters.

This kind of chain reaction between orbiting objects happens when one collision produces a cloud of debris and each of those fragments goes on to trigger further collisions. In real life, the cascade would occur over decades rather than suddenly, but each additional uncharted fragment makes further collisions more likely.

There are estimated to be about 900,000 pieces of debris larger than a marble in orbit around the Earth, according to statistical models cited by the European Space Agency. There are about 34,000 objects circulating that are larger than 10cm.

Even collisions with tiny objects can be catastrophic in space, largely due to the pace at which spacecraft are moving in orbit, a minimum of 7.8km per second. 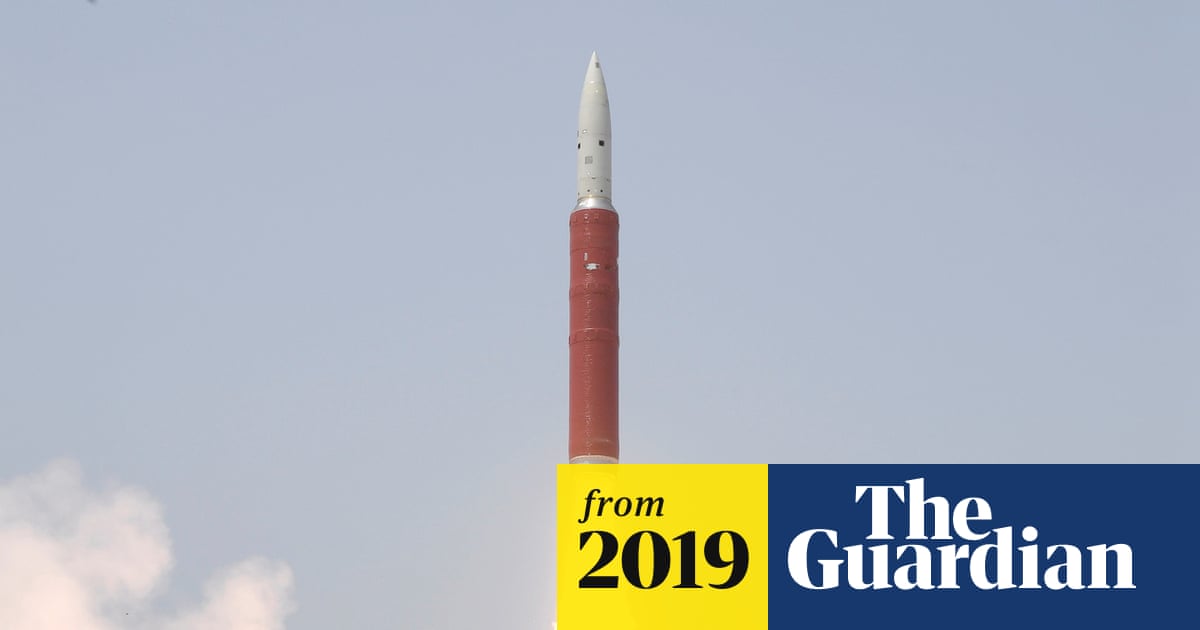 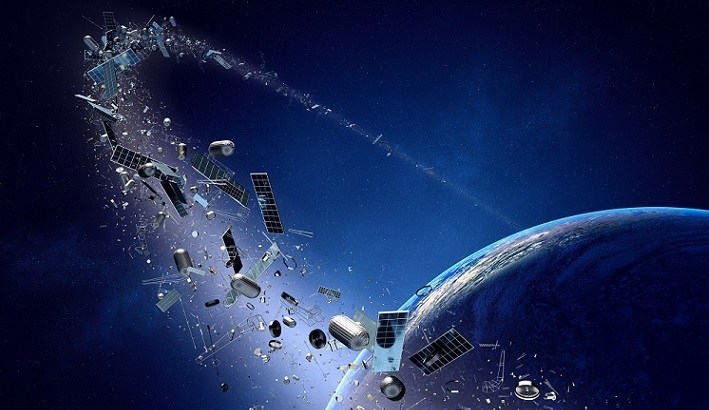 aka the Kessler syndrome 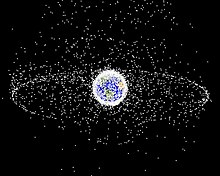 The Kessler syndrome (also called the Kessler effect, collisional cascading, or ablation cascade), proposed by NASA scientist Donald J. Kessler in 1978, is a theoretical scenario in which the density of objects in low Earth orbit (LEO) due to space pollution is high enough that collisions between objects could cause a cascade in which each collision generates space debris that increases the likelihood of further collisions. One implication is that the distribution of debris in orbit coul Willy Le...

How the hell to clean it up when objects are traveling 28,000 Kilometers per hour? What a nightmare!

How the hell to clean it up when objects are traveling 28,000 Kilometers per hour?

Recent ideas and proposals include magnets and harpoons

Watch this space harpoon spear a piece of orbiting debris

Large thick sheets / cubes of an aerogel like material could soak up a lot of small trash without themselves breaking apart.

Or such would be my guess.

These could be lifted into orbit and assembled as an interlocking 3D tile structure and placed around things like the ISS in risky arcs where crud may approach from.

3/4s of India’s population lives in abject poverty, but there is funding for a satellite.

Bc the other 1/4 of India needs high speed internet and google map capability.

A pretty thoughtless and irresponsible act on the part of India.

Unfortunately as we get more players in the “space game” these events will likely become more and more common.

Fortunately anything in orbit is going to be going at a similar velocity.

We’re approaching a time where it will be necessary to deploy some sort of garbage scow in orbit to pick up the trash and either recycle it or direct it into the atmosphere to safely burn up.

With so little steel being used in spacecraft the magnet idea isn’t very practical.

Fortunately anything in orbit is going to be going at a similar velocity.

For circular orbits:
Orbit velocity depends on altitude and mass. A lower orbit velocity will have higher speed component than a similar mass satellite at a higher altitude.

For two satellites at the same altitude, one of higher mass must have a higher speed component.

Damn - I thought this just happened! Looked up and the OP is from April 2019

Is everyone ok on the ISS? Need an update.