A Michigan Man Underpaid His Property Taxes By $8.41. The County Seized His Property, Sold It—and Kept the Profits

It’s shit like this that gives rise to the cold anger that many Americans are starting to feel against liberal politicians and their policies! If this isn’t a form of totalitarian seizures then I don’t know what is, but common sense should have prevailed in this instance as an innocent miscalculation on the homeowners part. 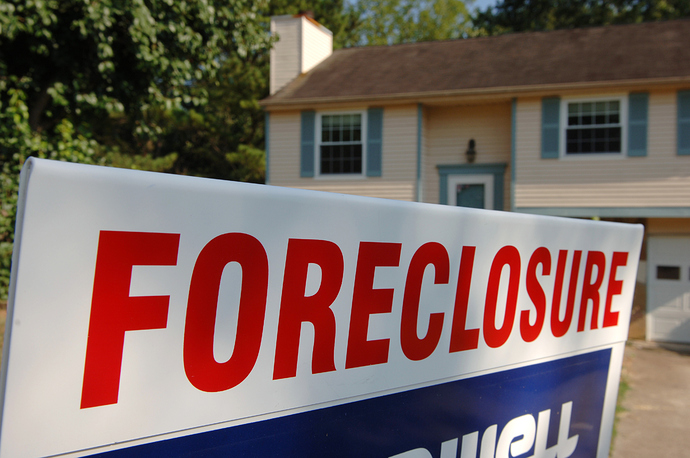 A Michigan Man Underpaid His Property Taxes By $8.41. The County Seized His...

A state law allows counties to effectively steal homes over unpaid taxes and keep the excess revenue for their own budgets.

How did this dude not get a single letter in the mail explaining that they were going to take his property? Something about this just doesn’t add up.

Yes I agree! This is weird to say in the least and having serious questions about this story.

But take this into account to which the article is apt to point out.

“After a property is auctioned, the county keeps the proceeds and recycles the revenue through the same DTRF used to buy the debt from municipalities in the first place.

*If the county ends up with a positive balance in its DTRF, the excess funds can be channeled into the county budget. *

That’s how Wayne County has funneled more than $382 million in delinquent tax surpluses into its general fund budget since 2012, according to an analysis by Bridge magazine, a Michigan-based nonprofit publication.“

I like to invest in vacant land, most of which has been seized and is put up for auction. Lots of times there are back taxes going back years on the property. In a case like this, I would find it very hard to believe that he simply underpaid one year and they took his investment property. I’m thinking that when he bought the house there were back taxes on it and he never paid them. Then when he took over as the owner and underpaid on the taxes it resulted in a seizure. Regardless, the city or county would have been in touch with instructions, warning letters, and the like up until the point of auction.

The City of Denver confiscated 1,821 cars in 2016 under the Public Nuisance Abatement Ordinance for a profit of $2.4 million. The city is expected to seize even more cars this year.

Even if your innocent your property is sold once seized and the profits kept by the city.

A little more than a year later, in February 2014, Rafaeli’s rental property was one of 11,000 properties put up for auction by Oakland County.

Damn. less than a year? WOW.

My state your property tax has to be delinquent for 3 years, and you get many nasty grams that your delinquent, then when it’s past the three years, there is a public notice published in the newpaper of record for the county – shows the owner, property description, how much is owed.

My state also pays the owner of the property anything above and beyond the delinquent tax (with interest, and a small fee for the auction). However if you buy a property at a tax sale, if it has a mortgage – as the new owner you are responsible to find the party owed money and negotiate with them to take over the payments or the mortgage holder can forclose on the property.

My father was always on top of life. I remember a neighbor saying to him, if you fail to keep up on taxes, your properry will be seized. My dad said, that may be so; but the first person who tries to take my property, will be very very unhappy; and so will his family. If ya ain’t got nothin, ya got nothin to lose. If someone took what little I had over an $8.41 glitch; you would be reading about me on the front page. BANNER HEADLINES.

Another case of government’s barely meeting due process laws and sticking it up the rectum of property owners who would pay the taxes owed due to their miscalculations.
These officials have a lot of balls to brag about using the property for barbecues etc. At least they fuked everyone equally regardless of race or age.Thats small consolation.
How many years will go by and how far up the appeals process will this go??? Government Robin Hoods stealing from the poor to give to themselves.

Taxes are necessary to cover public - welfare housing, for people who do not pay taxes. If a man wishes to live an honorable life, work for all he has, it’s necessary to nail him to the cross.