A Lawless Environmental Agenda and how a company responds

Recently a Dutch district court issued an unusual decision ordering oil company Royal Dutch Shell to dramatically reduce its greenhouse gas emissions by 2030, despite the lack of any specific Dutch law or regulation to that effect. This was a significant win for the environmental activist groups that brought the suit (including Greenpeace Nederland), but it is an ominous development for anyone who cares about property rights and the rule of law.

The District Court of the Hague stipulated that Shell was not breaking the law with its current level of greenhouse gas emissions, but that its violation of a more general requirement was “imminent,” and therefore required the court to act. The judges in the case cited a section of the Dutch Civil Code that governs violations of a “rule of unwritten law pertaining to proper social conduct.” Under this standard, a party like Shell can be at fault for behavior that fails to discharge its responsibilities under “generally accepted standards.”

In determining what constitutes such a standard, the court invoked international agreements and documents including the European Convention on Human Rights (ECHR), the United Nations’ Guiding Principles on Business and Human Rights (UNGP), and the OECD Guidelines for Multinational Enterprises, among others. Those invocations suggest a post hoc rationalization by the court for a preexisting conclusion it wanted to reach. More importantly, the motivated reasoning and loose definitions employed could easily be used by a future court to reach conclusions and compel actions that are even more radical.

Shell plans to move headquarters to the UK 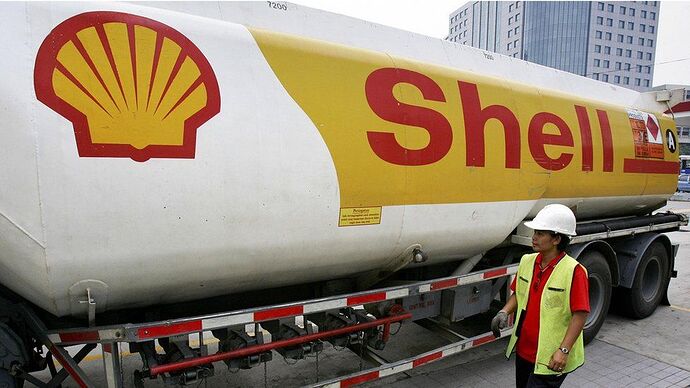 Royal Dutch Shell has announced a plan to move its headquarters to the UK as part of proposals to simplify the company’s structure.

The oil giant will ask shareholders to vote on shifting its tax residence from the Netherlands to the UK.

It also wants to do away with its dual share structure in favour of just one class of shares to boost “the speed and flexibility” of shareholder payouts.

Business and Energy Secretary Kwasi Kwarteng welcomed Shell’s announcement, tweeting that it was “a clear vote of confidence in the British economy”.

The Dutch government, however, said it was “unpleasantly surprised” by Shell’s proposal.

According to reports in the Financial Times newspaper, Dutch government officials are scrambling to find a parliamentary majority to scrap a 15% withholding tax charged on dividends, which Shell has previously described as a problem.

Stef Blok, economic affairs and climate minister, said earlier on Monday: “We are in a dialogue with the management of Shell over the consequences of this plan for jobs, crucial investment decisions and sustainability.”