A Black Man trying to take a White Man's Job -- Who Ya Gonna Support?

I’m proud I am not a sociopathic liberal. That alone is my passport to heaven. 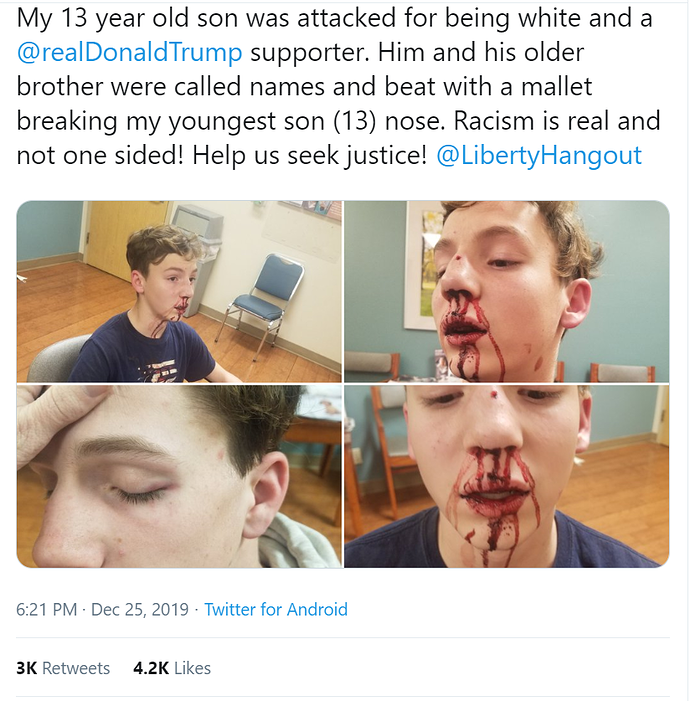 Why is it this is not being treated as a hate crime?

He’s white and not gay.

Yes. And it’s an open question whether we can hold it together. Certainly the Left believe they have found the Magic Key to destroy America, by opening up the racial fracture lines.

We shouldn’t help them in this.

Very sorry to see what you and your family have gone through .Hope both sons are doing better. What excuses were given for their assault.
Were there any charges filed agsinst these animals and are they juveniles .
Were there excuses given for the assault .

Alan West is an intelligent man who belongs in the House or Senate. Unfortunately, how many blacks will vote for him as he may not be black enough.
Intelligent blacks have a difficult path to political success from both blacks and whites.One day I hope it won’t matter.

There is a huge race problem. Check out what this young lady has to say. Insightful, proper, and powerful. Enjoy.

The Europeans have their own problem to deal with, as do the Australians.

But in the US, it’s different: don’t forget, the Black population did not come here as immigrants. They were brought here, against their will, by whites.

In some ideal universe, we could reconstruct the world, so that every ethnic group had its own country, with natural resources and secure borders.

But in the real world we live in, Blacks and whites in America have to live together. We don’t have a choice.

Maybe, in the long run, this won’t work: the growing Hispanic population may prove to be the unbalancing element that brings the whole thing down, ending in some horrible tri-lateral race war.

But in the meantime, we’ve got to try to make multi-racial America work. Our only real weapon is American patriotism. In the rest of the world patriotism divides peoples. In America, it unites them.

The people who want to see racial antagonisms grow in the US are the Hard Left. They see the racial fracture lines in this country as an opportunity to undermine the whole system. We don’t have to help them in this.

the Black population did not come here as immigrants

You’re right. They were sold via whom?

Blacks and whites in America have to live together. We don’t have a choice.

Interesting. I think many blacks have made a choice. I think there are a lot of blacks trying to shed themselves of those choices.

But in the real world we live in, Blacks and whites in America have to live together. We don’t have a choice.

Maybe, in the long run, this won’t work: the growing Hispanic population may prove to be the unbalancing element that brings the whole thing down, ending in some horrible tri-lateral race war. 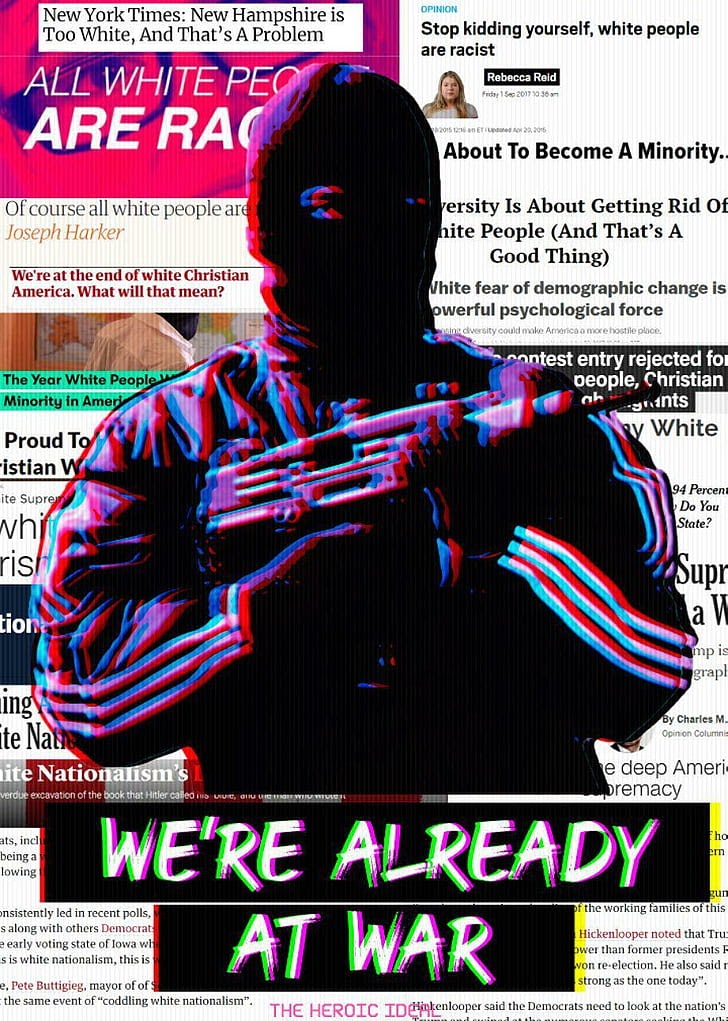 Sorry but you’re just wrong here Doug. Millions of black emigrated willingly to the US. 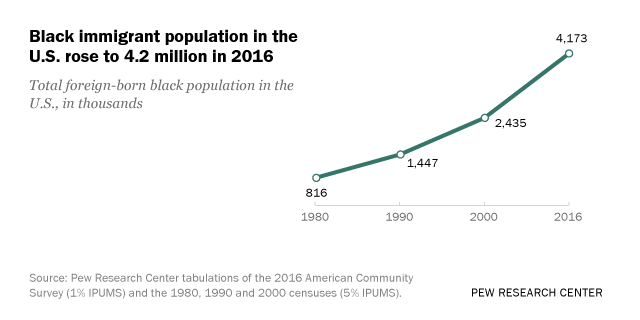 Key facts about black immigrants in the U.S.

Read key facts about the small, yet growing, black immigrant population in America.

More and more do so every year.

Almost universally black immigrants to the US are much more “American” and contribute something of value to the US than those who have been here for generations going back to the slavery era as well.

As more blacks make it into the middle and upper classes more and more of them will figure out just how badly they’ve been lied to and essentially kept in chains by democrats.

Blacks are not the enemy, democrats are.

Very interesting … something I didn’t know.
About 10% of American Blacks are fairly recent immigrants.
I did know that if you’re Black, and applying for a job, it pays
to pretend that you’re an immigrant – evidently whites have a
higher opinion of Black immigrants than of native-born Blacks.

I don’t think it affects the main argument, but it’s a very interesting
datum.

The main argument, according to me, is this: just because the Left
play the race card, doesn’t meant that the issue, and Black grievances,
are completely illegitimate. They’re not, and it’s obtuse of us to say,
“Oh, we’re just color-blind now, everyone is equal, just let bygones
by bygones.” It’s very hard for people to try to see the world from
someone else’s point of view, but it’s good to try.

We need to keep working away at bringing over Blacks and Hispanics
to the patriotic side. I don’t think we will be enormously successful at
this, by the way, no matter what we do. But it’s important to keep
trying.

The greatest internal danger facing America in the next decade or
two will be the fracturing of society along racial lines – the supreme
goal of the Left. These people think that they can play the ‘Identity
politics’ and white guilts card, and that the concept of racial primacy
will be confined to non-whites and that whites will supinely accept their
‘guilt’ for Black problems. This won’t happen.

If they keep it up, they may find they have ignited the fire of white nationalism,
and it won’t be pretty. If the country splits up along racial lines, the worst thing
in the world to be, will be to be a white progressive. We won’t want them, and
neither will the new non-white nation or nations. Where will they go? Canada,
I suppose, as they have been threatening to do since 2004.

No argument from me. The biggest hurdle is getting them past the conditioning that democrats have inflicted on them for the last fifty years or so.

Yes. We have to find the ‘wedge issues’. The one I personally like is
‘school choice’, about which a friend of mine has just written a book.
Look for John Merriman, School System Reform – A Price-less Tale.

In the UK, the government schools are, in non-middle-class areas, pretty
dire. Not much discipline, too many teachers mis-educated by progressive
educators, and a stupid national curriculum. But 7 years ago, the half-Conservative
government allowed the formation of ‘Free Schools’ – a kind of super-charter – and
a brave lady named Katherine Birbalsingh, who had lots of experience trying to teach
in a typical state school in a socialist-run area, started one.

It’s called ‘Michaela’, in honor of a friend of hers. It’s VERY traditional, and its
aim is to give working class kids, especially Black and brown ones, the same good
start as the children of the wealthy. (Private education is widespread in the UK – about
10% of kids go to private schools. Basically, if you can afford to get your kids out of
socialist-provided education, you do.)

Her school is very old-fashioned, very strict. The Left absolutely hate it.

In the UK, you take a set of examinations at 16, called “GCSEs”. (“General Certificates of
Secondary Education”) roughly equivalent to a US high school diploma. Michaela
School has been going for five years or so, and just had its first set of GCSE results.

And they were spectacular!!! Amazingly good, given the social-economic group their
students are drawn from.

Of course the Conservative Party doesn’t want to play up their success, since most
Conservative Members of Parliament send their children to private school and, frankly,
couldn’t care less about the children of the proles. And why get into more unnecessary
conflict with the teachers unions? (Who, of course, hate Michaela School and all Free
Schools.)

But it’s a lesson for conservatives everywhere. We need to appeal to those parents in the Black and Hispanic communities who are ambitious for their children.

I’ll quote a bit of the article, which is, incidentally, from a very leftwing newspaper,
the British equivalent of the Huffington Post:

Michaela community school, a controversial free school known for its strict behaviour policy, picked up its first set of GCSE results on Thursday, five years after opening its doors to its first pupils.

“Michaela pupils SMASH it,” tweeted the headteacher, Katharine Birbalsingh. Her colleagues were similarly delighted. “I’m so proud to be a Michaela teacher today,” tweeted the maths teacher Thomas Kendall. “It feels like winning the league. The kids deserve it so much for all their hard work.”

Compared with other non-selective state schools, Michaela’s results rank among the best in the country. More than half (54%) of all grades were level 7 or above (equivalent to the old-style A and A*), which was more than twice the national average of 22%. Nearly one in five (18%) of all grades were 9s, compared with 4.5% nationally, and in maths, one in four results were level 9.

Birbalsingh’s Twitter feed documented her morning – the girl who got straight 9s, the boy who used to be badly behaved but did brilliantly, the disbelief of another pupil as he read, and reread, his results – “Miss, these can’t be real” – the staff celebration.

School choice is definitely a way to not only get kids out of “da hood” but to get “da hood” out of the kids as well.

That’s one of, if not the primary reason democrats oppose it.

Free thinking intellectuals aren’t inclined to run with the herd nor be herded along with the wilfully ignorant and dependent.

Yes, it’s strange, the transmutation of the Left over the decades. It wasn’t always this way. The ‘Old Left’ basically wanted to open up the cultural riches of society to the previously-excluded classes. Shakespeare for the masses. Not any more – he’s a dead white heterosexual male. Sad.