AN OLDER LADY WHO LOVES

This is certainly a different way to look at what has been happening… first term made the change and the second term solidified everything!

One 82-year-old lady loves Barack Hussein Obama and she may have a very good point. She says that Obama was amazing, and was rebuilding the American dream! She gives us an entirely new slant on the “amazing” job Obama did and she says that she thanks God for the former President. Keep reading for her additional comments and an explanation. When discussing Obama, she says:

1. Obama destroyed the Clinton Political Machine, driving a stake through the heart of Hillary’s presidential aspirations, something no Republican was ever able to do.

4. Obama has completely exposed liberals and progressives for what they are Sadly, every generation seems to need to re-learn the lesson on why they should never actually put liberals in charge. Obama is bringing home the lesson very well: Liberals tax, borrow and spend. Liberals won’t bring themselves to protect America. Liberals want to take over the economy. Liberals think they know what is best for everyone. Liberals are not happy until they are running YOUR life.

5. Obama has brought more Americans back to conservatism than anyone since Reagan. In one term, he had rejuvenated the Conservative Movement and brought out to the streets millions of freedom loving Americans. Name one other time when you saw your friends and neighbors this interested in taking back America!

6. Obama, with his "amazing leadership, "had sparked the greatest period of sales of firearms and ammunition this country has seen. Law abiding citizens have rallied and have provided a “stimulus” to the sporting goods field while other industries have failed, faded, or moved off-shore.

7. In all honesty, four years ago America was more afraid than in our lifetime. Not afraid of the economy, but afraid of the direction our country was going. Many thought, Americans had forgotten what this country is all about. Neighbors and friends, even strangers, have proved to that our lack of confidence in the greatness and wisdom of the American people had been flat wrong.

8. When the American people wake up, no smooth talking teleprompter reader can fool them! Barack Hussein Obama has served to wake up these great Americans! Again, we want to say: “Thank you, Barack Hussein Obama!” After all, this is exactly the kind of hope and change we desperately needed!

9. He has saved Jimmy Carter’s legacy and made Jimmy Carter happy, since Jimmy is no longer the worst president we’ve ever had. Credit goes to where credit is due. KEEP AMERICAN GREAT!!!

I think Trump’s legitimate victory over Bitchillary did that.

What Obozo did in his effort to “fundamentally transform” the nation: 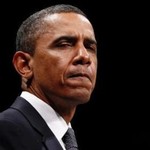 Donald Trump accused Barack Obama of tapping his phones in Trump Tower during the 2016 election. Granted, Trump got the idea after reading a Breitbart article and the underlying accusation – that Trump’s phones were tapped – is likely, not true. That...

Obama was and is a true sleazebag. After he left office, he continued to undermine the country with his Organizing for Action.

Organizing for Action: A Slush Fund to Enrich the Obamas - Freedom Outpost

We all know that ACORN (Association of Community Organizations for Reform Now) was just another corrupt outfit used to siphon money from “useful idiots” and re-distribute wealth and encourage voter fraud, but what about President Obama’s own...

OFA also partnered with Soros’ Indivisible for online training in how to protest Trump. 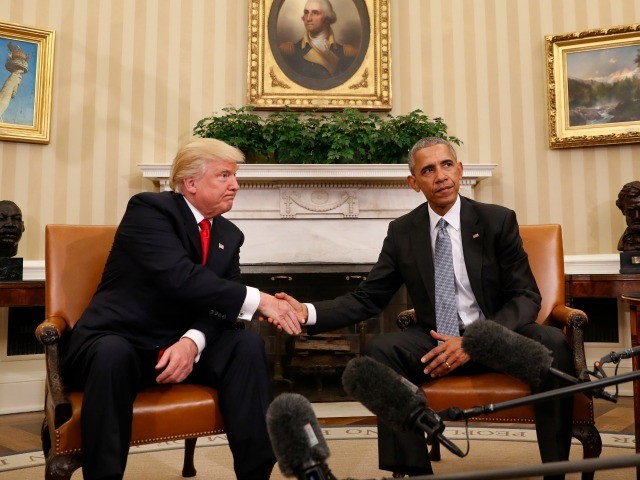 Obama’s Organizing for Action Partners with Soros-Linked ‘Indivisible’ to...

Organizing for Action, the activist group that morphed from Barack Obama's first presidential campaign, has partnered with the newly-formed Indivisible Project for “online trainings” on how to protest President Donald Trump’s agenda.

You missed a reason. Obama taught us that it’s Black people’s culture to demand pussy, whereas Trump was appropriating their culture by talking about grabbing it. 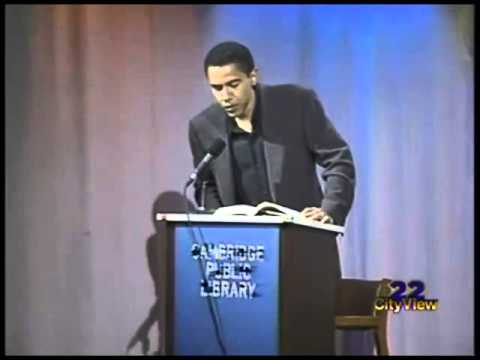 Just for your edification, Obama was not President when he read that. Obama was reading an excerpt from his book ‘Dreams of My Father’ back in 1995.

The nation will suffer the Obama toxic hangover for decades, his legacy is lethal for our law enforcement and our Military were practically on a suicide mission under his Administration with his impossible ROE, it’s all pretty disgusting and will go down as a dark chapter of the nations history. IMO

…it’s all pretty disgusting and will go down as a dark chapter of the nations history. IMO

…as my brother predicted when the sorry bastard was first elected President.

Obama did more to divide this nation and set race relations back half a century than than any person in history.

The thing I love about Obama is that he’s no longer president.

Just one of the factors.

The progressives came out of the closet with the election of Obama.

But they were creaming in the jeans and swooning over him then. They were gloating more than hating.

I think the real hatred of the right came when the continuation of his “progressive” policies was denied with Hillary’s failure to take over when he left the Oval Office.

…and some of the divisiveness was fostered by the swamp creatures in DC realizing that one of Donald Trump’s campaign promises was to kill their cash cow by draining the swamp.