“Members of the investigative team believe — based on wire intercepts, surveillance and other facts discovered from the investigation — that Oscar and Regulo transport illicit proceeds, derived from the sales of narcotics, when they travel from Myrtle Beach to Charlotte,” according to federal court documents.

The massive drug operation included transporting large amounts of cocaine and methamphetamine across state lines from Texas to Georgia and North Carolina .

Why were these dirtbags deported before allowing them to push death on so many Americans ? Law enforcement knew they were ALL illegal,did some sanctuary law protect them ? Is this what the dems want ? Is this the job these poor illegals seek ?

Emergency.
How many American lives did they destroy?
Lots.

What’s the problem, they just want to feed their families say the democrats.

This is the very same story we will read about for years to come !!! We continue to redistribute wealth from WORKING TAXPAYERS to, as Cortez wants those that admit they are ,those NOT WILLING TO WORK ! We see a $1.3 trillion spending bill which allows federal dollars to flow to sanctuary cities
The House and Senate leadership has rolled over and played dead on border security , allowing a expanded the Catch and Release program with 1,300 new border crossers coming to the country every single day !!! In the first two weeks of January, DHS officials released about 2,200 border crossers into the U.S. due to the lack of detention space, and dems want to reduce the number of spaces even more . 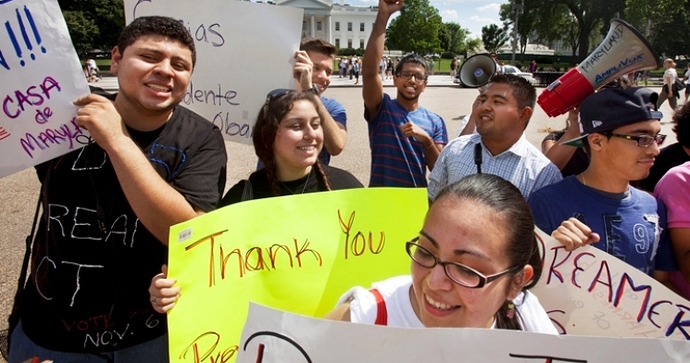 A Center for Immigration Studies survey shows illegal aliens are largely poor and uneducated and a drain on the welfare and public education systems. by R. Cort Kirkwood

Illegal aliens are largely poor and uneducated and DRAIN the welfare and public education systems, according to a survey from the Center for Immigration Studies. The study, “Immigrants in the United States: A Profile of America’s Foreign-Born Population,” paints a startling picture of the nearly 11 million illegals and their children. They bankrupt our hospitals and increase our property TAXES . How many schools require Spanish teachers in every classroom ?
Does anyone care anymore ???
The survey shows that about 40 million immigrants live in the United States. A little less than 28 percent, or 10.5 million, have crossed the border illegally and are flouting U.S. law.

Illegals are about 3.5 percent of the U.S. population.

I’m worried that if the people we elected to fix this mess don’t do something, and quick, that the average American is going to have to start handling business themselves.

The Obama Administration knowingly let in at least 16 admitted MS-13 gang members in 2014, all of whom entered the U.S. as teenagers, according to the The Washington Times.

Just when you though the former administration couldn’t possibly be more criminal!

Sen. Ron Johnson (R-WI), Chairman of the Senate Homeland Security Committee recently reveled that this information was discovered by a whistleblower who turned over documents.

The documents showed more than a dozen apprehended illegal alien teenagers were released by the Obama Administration and were shipped to juvenile homes throughout the country.

Keep in mind that these 16 illegal alien teenagers all admitted to authorities they were MS-13 members. Yet they were still released.

Absolutely disgusting. But what else would you expect from a criminal administration?

For those who don’t know, MS-13 began in Los Angeles in the 1980s but since has become transnational with a heavy presence in Central America.

They have become one of the most powerful and ruthless gangs to date. Today, the Justice Department estimates roughly 30,000 members worldwide and more than 10,000 in the U.S.

Yet the incompetency of the Obama administration led them to be released back into the public so they can further cause nothing but the most heinous crime and destruction.

These are the illegal thugs that need to deported, pronto.

More Proof Massive Immigration Hurts the U.S.
The gang members were part of the surge of UAC, or “unaccompanied alien children.”

UAC numbers in 2014 overwhelmed the Obama administration and left Homeland Security struggling to staunch the flow from Central America.

However, Sen. Johnson pointed out that image behind UAC being small children is misleading.

“[Customs and Border Protection] apprehended them, knew they were MS-13 gang members, and they processed and disbursed them into our communities,”
Gangs prey upon young impressionable immigrants and exploit them into a life a crime. The UAC surge does nothing but help numbers for MS-13 and other gangs in the U.S.

While whistleblowers can potentially harm national security, this should be good news right?

Nope, at least not for the Democrats who coddle illegal immigrants and want to treat them better than we do our veterans.

Idiotic Sen. Claire McCaskill (D-MO) criticized the release of the documents, indicating it may hurt active investigations with, “I have concerns that these documents were released so quickly.”

Liberal logic: worry about leaks rather than the criminal content inside of them. Typical Democrat thinking. 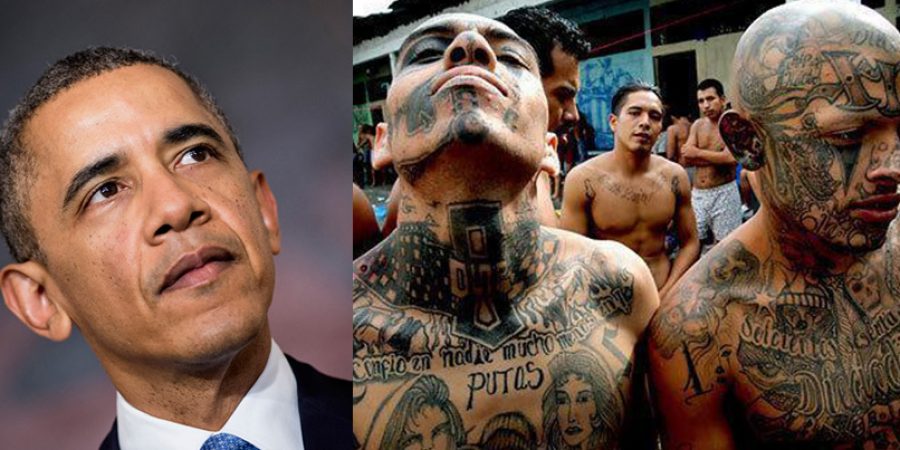 The Obama Administration knowingly let in at least 16 admitted MS-13 gang members in 2014, all of whom entered the U.S. as teenagers.

10.5 million, have crossed the border illegally and are flouting U.S. law.

A new study from Yale University said that the number of illegal aliens in the United States is just over 22 million.

“The results of our analysis are clear: The number of undocumented immigrants in the United States is estimated to be substantially larger than has been appreciated at least in widely accepted previous estimates,” said the study. “The mean of our simulations, which range over more standard but still conservative parameter values, is 22.1 million, essentially twice the current widely accepted estimate.”

This number contradicts the widely cited figure of 11 million illegals, which was from a Pew Research studyin 2006. Those who have been paying close attention to the immigration crisis in America have noted that about one million illegal aliens have been consistently arrivingin the United States every year since the 2006 Pew study.

The number of undocumented immigrants in the United States: Estimates based on demographic modeling with data from 1990 to 2016 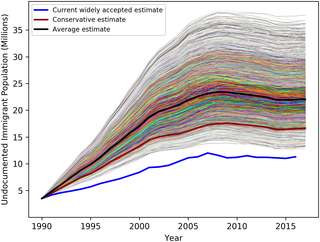 The number of undocumented immigrants in the United States: Estimates based...

We apply standard demographic principles of inflows and outflows to estimate the number of undocumented immigrants in the United States, using the best available data, including some that have only recently become available. Our analysis covers the...

The border is wide open, come one come all:

1,443 people from China were apprehended while crossing the U.S. border so far this year, with an additional 1,803 people either turning themselves in to U.S. authorities at official ports of entry, or being caught attempting to illegally enter at the ports of entry.

• Twenty-eight individuals from Pakistan were apprehended while crossing the U.S. border this year, with another 211 individuals either turning themselves in or being caught at official ports of entry.

• Thirteen Egyptians were apprehended while crossing the U.S. border this year, with another 168 either turning themselves in or being caught at official ports of entry.

• Four individuals from Yemen were apprehended while crossing the U.S. border in 2014, with another 34 individuals either turning themselves in or being caught attempting to illegally enter at the ports of entry.

Since it is not possible to know how many people crossing our border illegally escape detection, the above figures suggest that many more people from across the globe have crossed our southern border, including some with terrorist connections or originating in nations where the current Ebola virus outbreak has occurred. Breitbart reports that the CBP data reveals that at least 71 individuals from the three nations affected by the Ebola outbreak have either turned themselves in or have been caught attempting to illegally enter the United States between January and July of this year.

While the unaccompanied children from Central America who cross our border pose a special problem for immigration authorities (because deporting them involves special logistical difficulties), there are also many children from Mexico crossing our border illegally. A new Pew Research Center analysis of Mexican government data obtained from the Mexican Ministry of Foreign Affairs released on August 4 found:

The number of apprehensions of Mexican child migrants rivals those of [Honduras, Guatemala, and El Salvador] but many of those caught are ones who tried to cross multiple times — meaning that the total number of child migrants from Mexico is lower compared with the Central American nations.

The Pew Research data found that out of the more than 11,000 apprehensions of unaccompanied Mexican minors during the current fiscal year (October 1 through May 31), only 2,700 children (24 percent of all the apprehensions) reported being apprehended for the first time.

Yes it is extremely low the number today is closer to 25,000,000 , we are told no one knows the true number because liberals and the media suppress that information .

Pretty amazing 12 million illegals cost the US 135 billion a year and democons refuse to allocate 5 billion for border security.

12 million when there are between 22 and 40 million which is more than double the 135 billion.

1,443 people from China were apprehended

Four individuals from Yemen were apprehended

Four individuals from Somalia were apprehended

The liberals are still waiting for a Partridge in a pear tree.

No, many Americans have been raised to think about themselves and themselves only. The only wake up call they get is when it affects them personally.

They don’t seem to want to venture further than the dense fog swirling two feet in front of their faces.

I thought they were waiting to catch Russians.

the dense fog swirling two feet in front of their faces

Great words for your song.

Most just want the free stuff to keep flowing and the others suffer from white guilt . I find it quite strange to hear the dems talk about not wanting a white man elected and even Bernie and uncle Joe Biden seem to forget their race , hell some dems claim to be from the reservation and make pow wow chow to boot !!