56 Die in Stampede at Soleimani Funeral

56 people confirmed dead after a stampede during the funeral for Soliemani…hundreds more injured.

At least 56 people died, and about another 192 were injured at the funeral for Maj. Gen. Qasem Soleimani in his hometown of Kerman, Iran, the AP reported, based on reports from Iran TV. It will undoubtedly be President Trump’s fault. Iranian Supreme...

I honestly have to wonder: are these people going out in the streets to show loyalty to prevent persecution?

Good to know that their stampedes are deadlier than their airstrikes.

It pays to read the embedded links within the original article. If your cursor changes form when you hover over different colored text, it’s likely a link to another article.

Soleimani’s burial was delayed due to the tragedy. There are reports that the people were forced to attend the funeral or strongly encouraged. We don’t really know what goes on over there, but we do know their propaganda is eaten up by our leftist media. 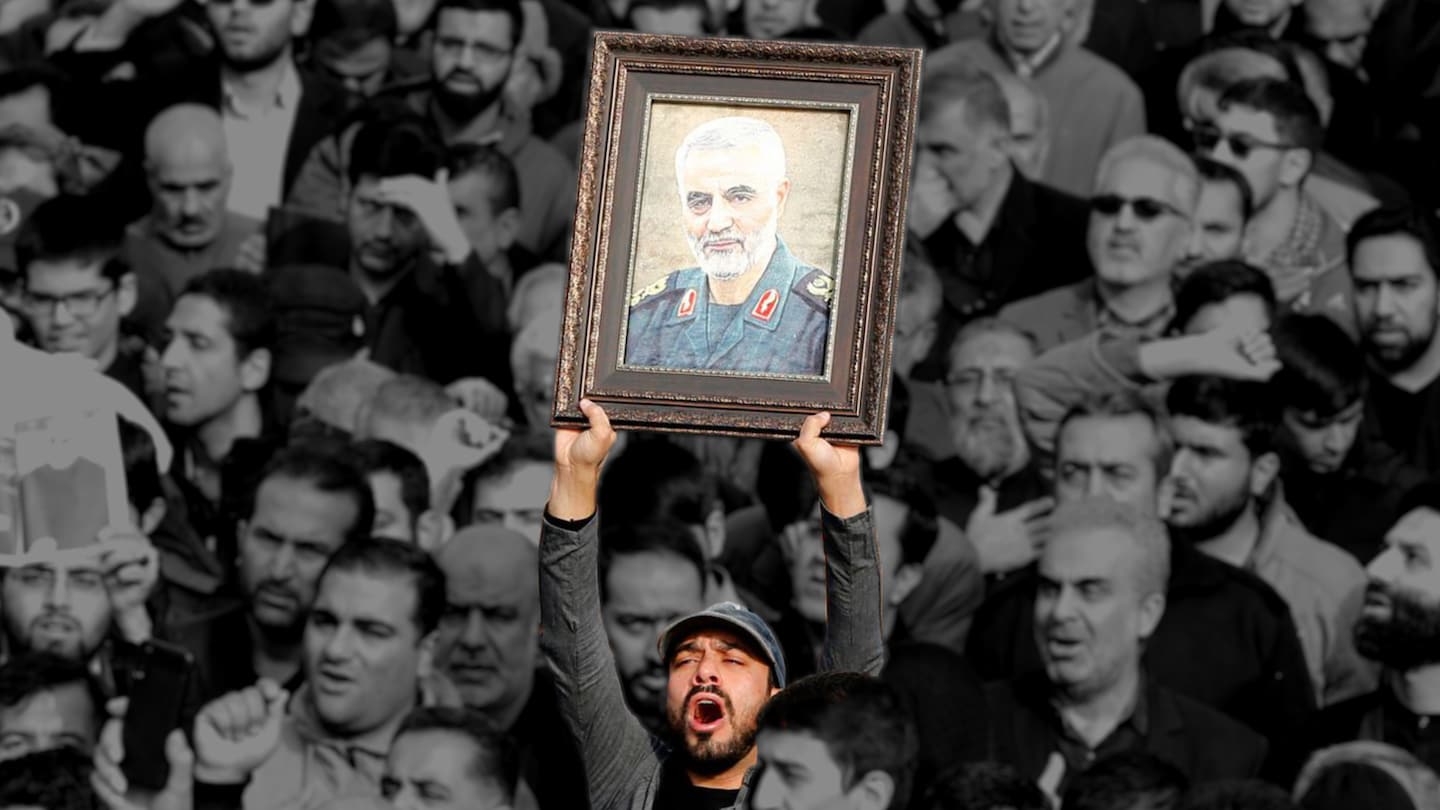 Opinion | Don’t believe Iranian propaganda about the mourning for Soleimani

Are you suggesting that the mainstream media is to be believed and trusted now? Before this whole Iran thing literally no one was saying that.

Good to know that their stampedes are deadlier than their airstrikes.

I’m rather embarrassed that I found that to be pretty funny.

Exactly the opposite. You didn’t read the articles…or pay attention to wrote actually wrote them.

Masih Alinejad is an Iranian journalist, author and women’s rights campaigner. She hosts the Tablet talk show on Voice of America’s Persian service.

Their air strikes were precision. I’m wondering how close you’d come to your target hurdling something 400 miles. They dropped them on our base to demonstrate that they could. You may not be so cocky if they ever drop one actually on our soldiers.

Best to understand and respect the realities of violence and war. How about leaning on Trump to keep a key campaign promise and get us OUT of the ME, instead of deeper in it.

Masih Alinejad is an Iranian journalist, author and women’s rights campaigner. She hosts the Tablet talk show on Voice of America’s Persian service.

That has so many contradictions I don’t even know where to begin.

I’m really trying hard to work up a little “give a damn” but when shia extremists kill each other all I want to do is celebrate.

I’m not. One of the best lines I’ve read lately.

You’re just making things up now. You have no idea what level of precision those missiles are capable of.

Iran has never shown they have anywhere near the precision capability of the US, Russia etc.

I’m not. One of the best lines I’ve read lately.

It is. Yet, I think about the people who don’t want to be there but have to be there or else.

That is a reasonable concern. It’s also a completely unknowable number.

We know that it’s an oppressive regime, as bad as or worse than any other dictatorship in history that thinks nothing of slaughtering their own people but in general I have a hard time working up any pity for those attending the funeral of such a butcher. Keep in mind it’s Solemani’s Qd’s force that slaughtered some 1,500 peaceful protesters just last year.

It’s an “opinion” piece for a reason. And the video, suppose to be an Iranian classroom…since when have Iranian schools been mixed gender? Some people will believe anything that confirms their bias. Iran always nationally mourns the loss of leaders in this manner and there’s no evidence that people were forced into the streets.