This makes me want a Benelli… 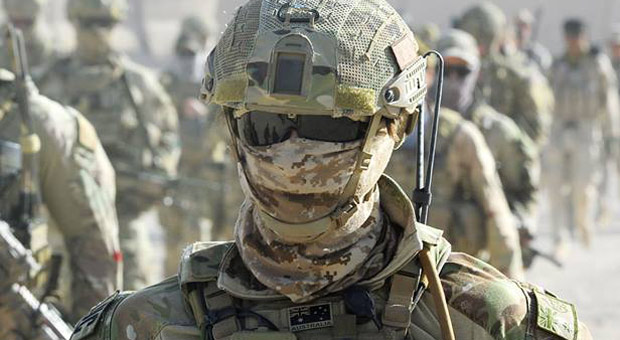 Slow work shoulda brought an 870 and practice a bit.

Congrats on 7 Jihadis finding out there are no virgins waiting.

Impressive! I too want one of those!

That’s rather like going to the hairdressers and choosing a hairstyle out of a magazine, then expecting to look like the model afterwards.

I consider it more the respecting of the wisdom of the British it allowing their soldiers to carry an Italian shotgun.

Benelli shotguns are used by military and law enforcement personnel all over the world. I suspect that the M4 is and improvement over the world famous M3 12 gauge.

Yeah the M4 is a versatile tool which is lighter, compact and more suitable for the Urban terrain that a lot of soldiers are operating in the ME. But that Benelli shotgun is as lethal as they come. The new generation of shotguns are going to be more efficient with tech hardware. I watched a demonstration last year with a gun called the “Spider Shot” which used pinpoint accuracy with heat seeking capabilities to zero in on its targets with a range of over 100m that can take out an entire squad with one shot. I was amazed by this new tech gun as I never seen anything like it! It looks like efficiency is the name of the game for soldiers and LEO’s in the future.

Oh, you’re being presumptuous. The article didn’t say the gun could fire only 5 shots in 7 seconds. It doesn’t even say that 5 shots were fired.

I doubt the 870 is faster shooting or more reliable than the Benelli M4. If it were, there would be more of them in the hands of military, SWAT and LEO in general.

The officer did a fantastic job and you say he needs practice. That sounds like something an arrogant prick would say.

There is always a naysayer in the group. This man is definitely a hero and I hope he makes alot more ISIS men meet Mohammed and I hope those virgins are fat and ugly.
Allahu Akbar!!!

Glad to hear we’re not totally useless, though I don’t think everyone agrees with you.

those virgins are fat and ugly

They are the other jihadists.

It’s the most reliable platform in history. The Benelli is capable of firing faster due to the OS but it still has to be in the hands of the right individual to do so and to to so with effect.

As for presumptuous, no, it was mostly a joke.