35yo German female responsible for flooding EU with 1000s of migrants

Pia Klemp stands accused of aiding illegal immigration after she saved people from drowning in the Mediterranean. The Bonn native has accused Italian authorities of organizing “a show trial.” 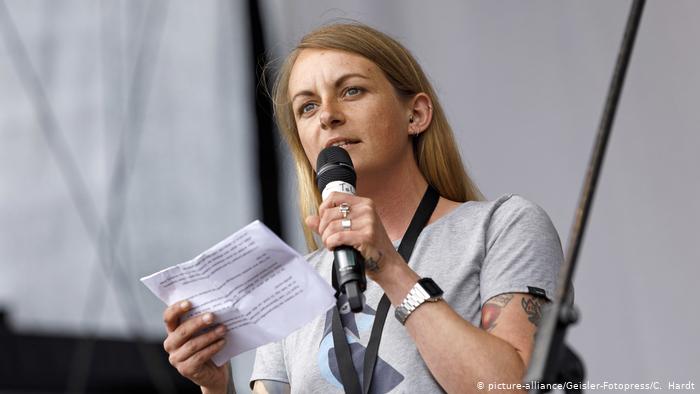 Nearly 60,000 people had signed a petition by Saturday afternoon demanding that Italy drop criminal proceedings against German boat captain Pia Klemp and other crew members who have rescued thousands of migrants in the Mediterranean Sea.

In an interview with the Basler Zeitung daily on Friday, Klemp said that a trial against her was due to begin soon after she and some of her compatriots were charged in Sicily with assisting in illegal immigration.

She said that she was told by her Italian lawyer that she could be looking at “up to 20 years in prison and horrendous fines.”

Klemp added, however, that she intended to fight the case up to the European Court of Human Rights in Strasbourg, France, if she had to.

The 35-year-old Bonn native has been under investigation in Italy since her ship, the Iuventa, was impounded in the summer of 2017, and the government has moved to ban her from sailing around the Italian coast. According to German public broadcaster WDR, through the work on that ship and the Sea-Watch 3, Klemp has personally assisted in the rescue of more than 1,000 people at risk of drowning in unsafe dinghies as they attempted to cross to Europe in search of a better life.

An already immigrant-unfriendly government in Rome became even more so in June 2018, when newly appointed Interior Minister and Deputy Prime Minister Matteo Salvini of the far-right League party promised a crackdown the likes of which modern Italy had never seen.

Since assuming office, Salvini has sought to put a stop to migrant rescue ships docking on Italian shores and allowing refugees to disembark. In January, the nationalist leader made headlines with the forced evacuation of hundreds of asylum-seekers from Italy’s second-largest refugee center and his refusal to clarify where the people, many of whom had lived in Castelnuovo di Porto for years and become integrated into town life, were being taken.

Shortly thereafter, Sicilian prosecutors ruled that Salvini could be charged with kidnapping more than 177 migrants left stranded on a ship he had ordered impounded.

What frustrates Klemp the most, she told the Basler Zeitung , is that the costs — amounting to hundreds of thousands of euros — that she has had to prepare to cover from her own savings and some new donations “for what is likely to be a yearslong show trial” require money that could have been spent on rescue missions.

“But the worst has already come to pass,” she said. “Sea rescue missions have been criminalized.”

For this, the captain blames not only the Italian government but what she sees as a failure of the European Union "to remember its avowed values: human rights, the right to life, to apply for asylum, and the duty of seafarers to rescue those in danger at sea."

Klemp added that “demagogues” such as Salvini, former Austrian Chancellor Sebastian Kurz and German Interior Minister Horst Seehofer were effectively allowing thousands to perish in the Mediterranean each year.

She pushed back at criticism that rescue missions encouraged more people to attempt the highly dangerous crossing. “There are scientific studies that disprove the idea that sea rescues are a so-called pull factor,” she said. “The people come because, unfortunately, there are so many reasons to flee.” And if countries close their borders, “they come via the Mediterranean because there is no legal way to get here,” she added.

To cover her potentially exorbitant legal costs, a bar in Bonn has announced a fundraising campaign to help Klemp. Cafe Bla has announced that for every patron who orders the “Pia beer,” 50 euro cents will be donated to their former waitress. 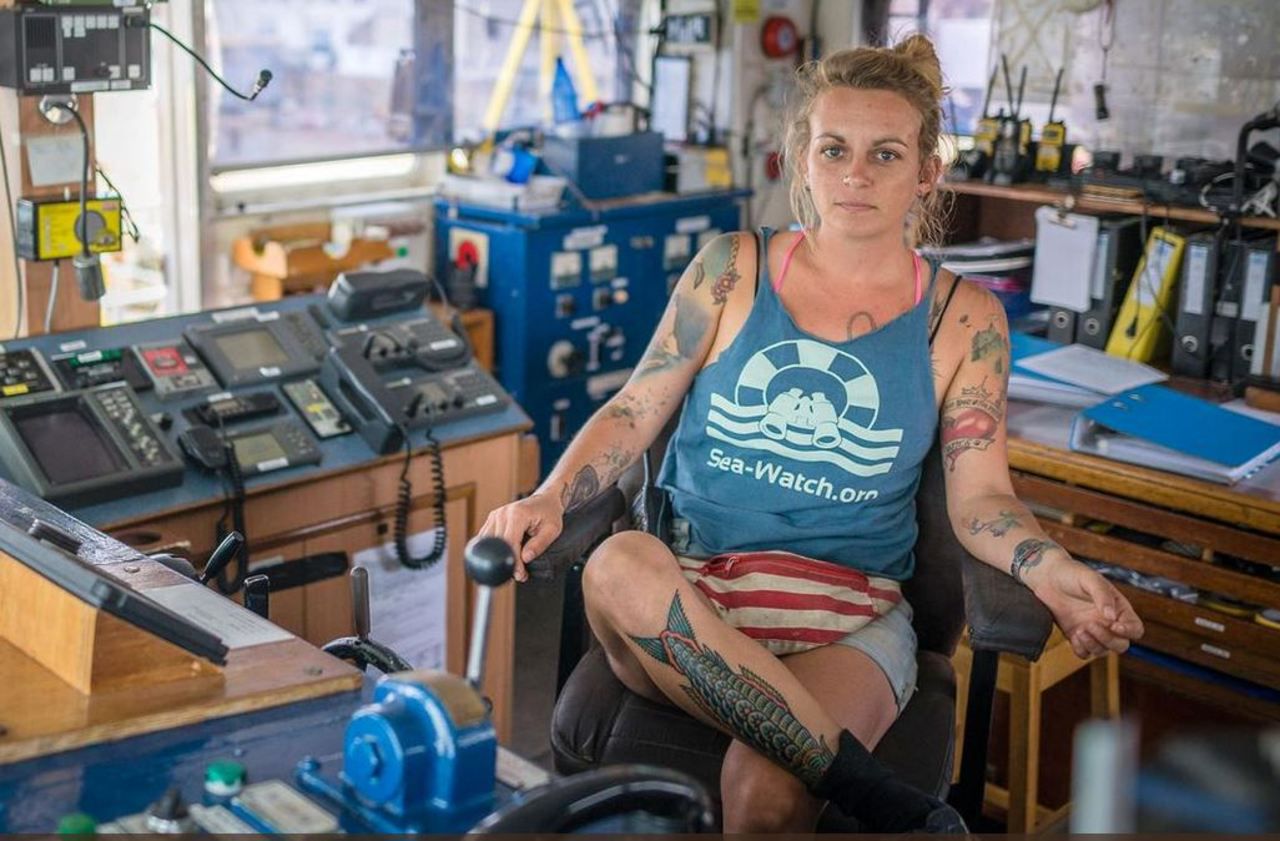 Just look at her … these type of women are usually fucking migrants at refugee centers all over Western Europe. Degenerate and disgusting. I hope she rots in an Italian prison and that the guards get to use her to frequently relieve themselves of stress. 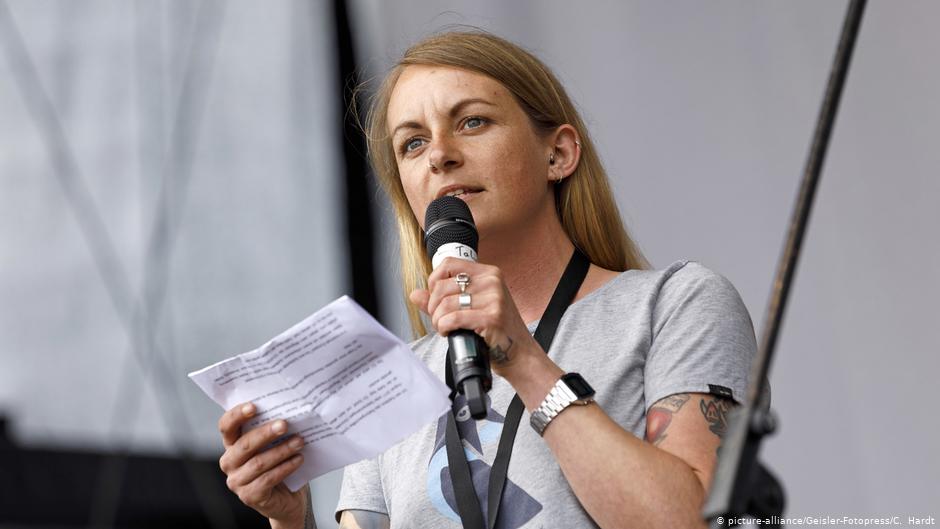 Pia Klemp stands accused of aiding illegal immigration after she saved people from drowning in the Mediterranean. The Bonn native has accused Italian authorities of organizing "a show trial."

Serving time in an Italian prison would be a light punishment for this traitor. She deserves to be keel hauled.

Instead of procreating with a nice German lad, this insufferable, treasonous cunt devoted her entire life to the replacement of her own people. This is what happens when women get involved in politics. Now she’ll be put in her rightful place, which is a cage.

Another idiot liberal going around messing up normal people’s lives without considering the consequences. I hope they throw the book at her.

Women like this need to be literally sent to darkest Africa for the amusement of the natives. If they want Africans, let them enjoy their fill of them for the rest of their lives.

If she were delivering them to ports in Turkey or the middle east instead of Europe she’d have a defense.

As for her argument that the sea rescues do not encourage more to take to the water it’s absolute bullshit. Risk vs Reward, the less chance they have of ending up fish food the more that will naturally take to the water.

Is there any other kind?