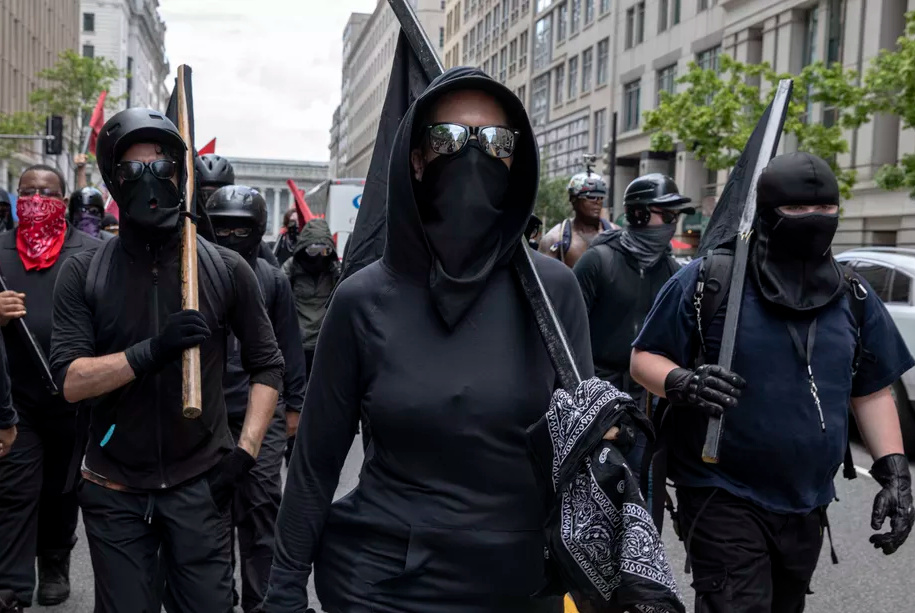 The message here is that conservatives must remain emotionless, reactionless, and just stand there while having bottles of piss thrown at them while being verbally threatened. Try throwing piss at a judge - see what happens then.

Two members of the men’s group Proud Boys have been sentenced by a Manhattan judge to four years in prison for a physical altercation with Antifa that took place last year.

On Tuesday, 27-year-old Maxwell Hare and 39-year-old John Kinsman were found guilty of attempted gang assault, attempted assault and rioting because of the October 12 brawl.

A crowd of left-wing protesters awaited the Proud Boys as they exited the club following McInnes’ speech and even liberal outlets like Buzzfeed have been forced to admit the fight began when an Antifa member threw a bottle at the group.

During the October assault, which took place after a speech by group founder Gavin McInnes, 10 members of the Proud Boys violently attacked four left-wing protesters after one of the protesters threw a bottle at the group.

In reality, there were six Antifa members charging toward three or four Proud Boys, but more Proud Boys came around the corner after the fight started.

In the video below, a group of Antifa members is seen waiting for the Proud Boys to come around the corner before throwing a bottle at them. 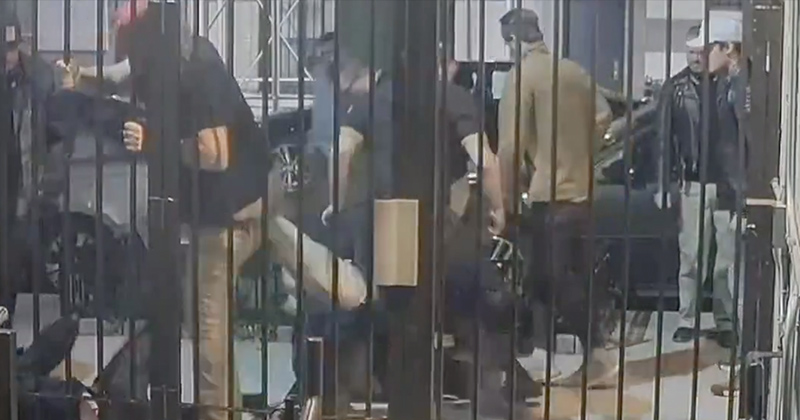 Tyranny! 2 Proud Boys Sentenced To 4 Years In Prison For Defending Themselves...

The American legal system is f**ked

Amazing - despite the overwhelming amount of video evidence showing Antifa as the aggressors, the judge still sent these two men to prison. This is nothing more than act of blatant political discrimination and the judge in this case should be disbarred.

Agree! Not to mention it happened in New York, an already corrupt judiciary and judicial system. Total sham! They never stood a chance of having a fair trial!

This is why Antifa should face maximum penalties for any and everything they do in red states.

The message here is that conservatives must remain emotionless, reactionless, and just stand there while having bottles of piss thrown at them while being verbally threatened. Try throwing piss at a judge - see what happens then.

Two things about that video. One, it’s a bottle of water, look at it, two, clearly he was throwing it at PB’s already charging them as the second it leaves his hand, a wall of PB’s are upon them swinging.

There’s been a lot of various video footage provided to the police that was used in this conviction. Alex Jones has cherry picked one that he claims supports his narrative 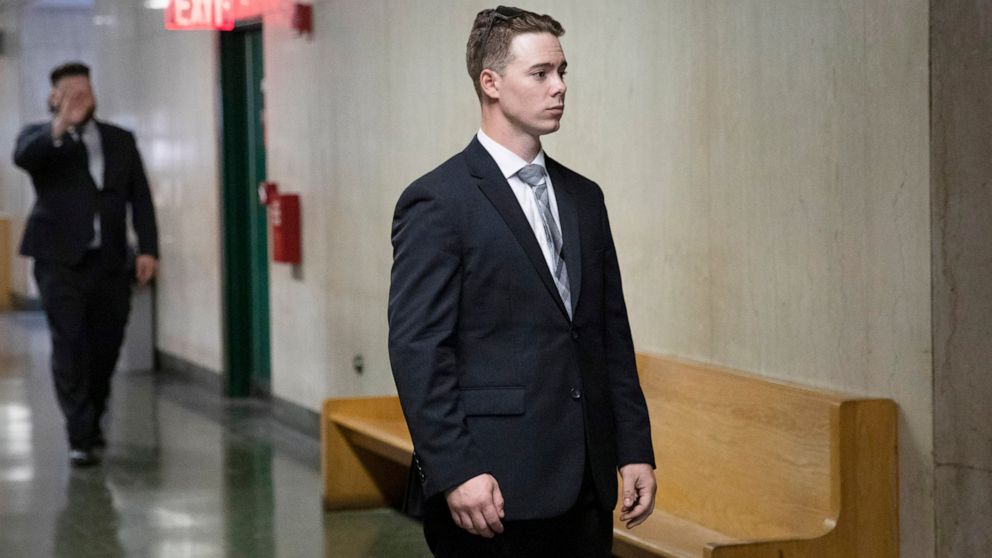 Also, the two guys sentenced to prison acknowledged their crimes and apologized for it at sentencing. So justice is being served.

Well, you can never be 100% sure it’s water. Myself, a little water would not bother me.

Yes, you must wait until the acid is turning your skin to jelly. The only way to be sure. Otherwise, you’ll be railroaded for protecting yourself. LIBERAL 101 handbook.

Apparently you expect people to be clairvoyant when having objects thrown at them.

Anyway, I read the story from multiple news sources other than the long discredited conspiracy site infowars. The police provided video footage proving that the proud punk boys started the fight and the two punks that were sentenced acknowledged their crimes and apologized for them… JUSTICE HAS BEEN SERVED.

Was a container thrown, or just the liquid. If container & liquid, TWO OBJECTS. Actually 3 objects if you count the air in the container. Then we have the cap or lid; but why split hairs?

but why split hairs?

That’s what I was wondering. And to the rest of my post???

My take: Treat it like they did at the end of the movie, “Gangs of New York”. Mow them all down and put an end to this mayhem.

You think people have magical detect water capabilities that they should know what’s in the bottle?

Police presented video evidence in court that the proud punk boys started the fight. At sentencing they acknowledged so and apologized for it. What exactly are you arguing, hmmmm?

4 years, if true, seems a bit much for a broken nose or a few black eyes. I guess the wussy boys can’t take it like a man. I would swallow a few lumps if I knew I was standing up for my convictions; and I would take it like a man; the key word being “MAN”. Oh, right. Still, I would agree there are limits to the extent of a shellacking. Ya put yourself in harms way, and then it’s waaaaaaaaaaaaaaaaaa, I’m telling my mom. Heh

4 years, if true, seems a bit much for a broken nose or a few black eyes.

If you want to know what the judge said regarding the sentence and it’s length, you’ll have to actually read what happened from a real news source, not infowars.

I guess the wussy boys can’t take it like a man. I would swallow a few lumps if I knew I was standing up for my convictions;

More evidence that you didn’t read what actually happened. No Antifa members filed any charges, nor have they cooperated with police on this.