IMHO, Trump’s solicitation of voter fraud in North Carolina fall firmly within the four corners of this law… And since there are a couple of million voters in North Carolina, if he is sentenced to one day in jail for each count, served consecutively, he’s get out sometime in the next millennium – if he gets time off for good behavior.

The ironic thing is that he’s also wrong…people have tried to vote by mail and in person, both by mistake and to “test the system”, and they always get caught. Some states invalidate one of the ballots if that happens, others it’s illegal…I don’t know about NC. It was really stupid for Trump to say that, because his followers are not more likely to do it and NC is a state he can’t lose.

Maybe it is kind of like the Hatch Act, which does not apply to the President.

Of course, no laws apply to the President anymore anyway.

Laws are for little people.

Our side’s analysis that Trump is trying to get people to vote twice is literally correct but simplistic. He is inarticulate but the argument is complicated:

What I think that Trump has discovered that a lot of his voters in NC typically turn in absentee ballots late and that the deliberate disaster at the Post Office will deprive him of those votes as well as messing with his opponent’s votes. So he is asking his supporters who have tried to vote absentee to risk their lives by going to the polls to make sure their vote is counted. Since the intent is to make sure their vote is counted – not to vote twice – and the poll workers can invalidate the absentee ballot – or turn them away if their absentee ballot has already been counted no vote fraud attempt is involved. So the President is hoping that the voters who listen to him will vote in person so he will not be damaged by the Post Office delays while his opponent’s voters will lose their vote by relying on the Post Office.

And if the NC system does not catch the double voting? Not his problem …‘I told you the system is unsafe.’ 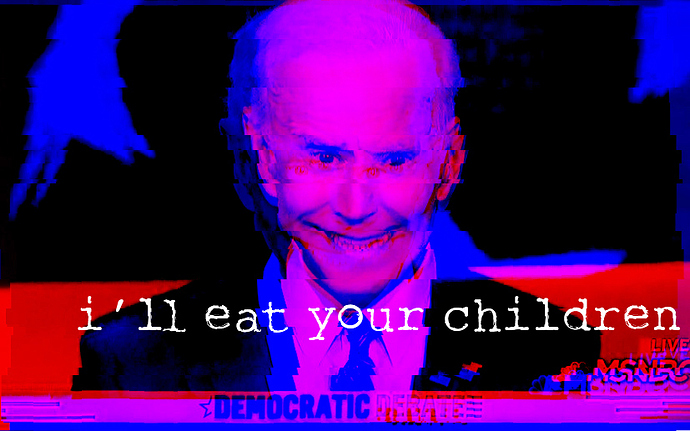 So…what about all the illegal shit that the Democrats have actually been doing for the past 4 years?

No mention of simplifying things when their arguments is for hiring a team of Lawyers to contest an election no matter what.

The Case for Voter ID! US News & Politics

Voting should be completed on Election Day. The further we get from this basic requirement, the more room for fraud to slip in and subvert elections. Shitlibs want to expand the pathways for casting votes, because they claim that the dumb and poor need the extra time to get their civic act together. Their real reason is to keep the vote fraud mill operating. Sane, civilized people want to keep voting tightly regulated to a single day of civic duty, and limit the opportunities for vote fraud. T…

“They will vote and then they are going to have to check their vote by going to the poll and voting that way because if it tabulates then they won’t be able to do that. So let them send it in, and let them go vote. And if the system is as good as they say it is, then they obviously won’t be able to vote,” Trump told WECT News.

And what he was referring to is ensure your vote is counted.

What a way to cherry pick the facts and as always misinterpret what was actually said.

And they tell us we don’t live in reality?

Obstruction of truth and replacing it with fiction is bad karma, but don’t tell them that they might start making sense if they applied the law of cause and effect to their warped narratives!

When you search the web all you get is what the media/left interpret. When you read the context of the speech it’s clear what he said and what it meant.

But instead we get the hate mongering from the regressive left.

The same left who post memes and claim it’s irrefutable facts! I swear I am not making this up! They must take crazy pills when they wake up each day!

Thisis just another example of how far the regressive and media will go to try and destroy this president.

It’s more than just destroying a president but destroying every American value we and our forefathers fought for.

If they advocate against these values then they are no Americans of mine, which is why they want to invalidate our vote!

The left will do anything for power.

Yes they will, they are a very sick group of humans to which they have become demonic!

@CRITICAL
Where the fuck were you when Hillary destroyed thousands of emails ? Where was you sorry ass when the FBI committed TREASON ?

Still complaining about that email hoax?

If any of that were true the countless Republican investigations into this matter would have resulted in something.

They didn’t because they had nothing.

I thought Secretary Clinton was supposed to be locked up by now?

Why haven’t all of you Trumpets demanded that Trump not openly advocate for committing voter fraud?