This is a story that has become all too common and oddly enough is ironic when one watches the HBO series “The Keepers” which is a seven-episode American documentary web series that explores the unsolved murder of nun Catherine Cesnik in 1969. This also took place in Maryland and it was discovered that Cesnik was about to expose a Priest for sexually abusing children which may have led to her death and unsolved murder. Not to say that these two stories are connected but the correlation to the issue of sexual abuse when involving the Catholic church is too uncanny and ironic to ignore.

Now we have this story coming out which to be honest is sickening to read about. I am sure the Catholic diocese will be in damage control mode and will try to bury this one story with a series of payoffs and settlements to the victims before reaching a court room giving the press further opportunity for expose that will for sure give it another black eye for lack of a better term. 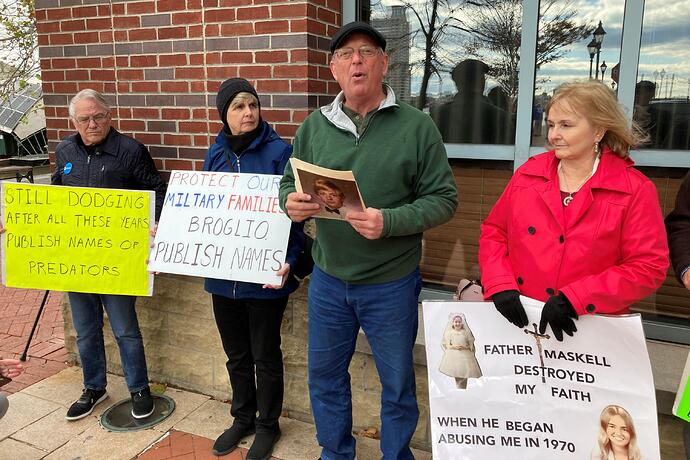 ANNAPOLIS, Md. (AP) — An investigation by Maryland's attorney general identified 158 Roman Catholic priests in the Archdiocese of Baltimore who have been accused of sexually and physically abusing more than 600 victims over the past 80 years,...

The question I have is if this depressing news will have an affect on the way people view Christianity? Or Catholics not considered Christianity?

Yes, Catholics are Christians. I suppose the deeds of some of the Priests do have an affect on how people view Christianity. There are lots of things that affect the views people have of Christianity.

Agreed… but I will leave the judging to Jesus/God.

Nothing compares to the numbers native Americans stacked up

Sorry what do you mean?

Remember some people here like to seek attention to start shit, and others actually want to come here to discuss topics. What you are seeing is a demonstration of insecurity and envy to the point its an obsession. A metal illness on display. I guess when you spend 30 years making pizza it tends to drive people to do and say crazy things.

Are you starting to see this yet?

Depends who you talk to. I have a friend who is a Calvinist and he said Catholics are Catholics but are not Christians, and that they have a different Bible altogether.

I was always told that it’s is a departing belief designed as another institutional form.

Catholics need to go back to the days of pre-Vatican II worship. They also need to get rid of that communist pope and cleanse the rolls of any pedophiles.

In France as of the moment more than 300 thousand complaints have been lodged against Catholic priest for sexual abuse.

Not surprised given that this issue sadly has become all too common within the Catholic Church over the years.