Arguments in a case challenging the validity of the 1973 Supreme Court ruling that access to abortion is a constitutional right are scheduled to take place in the nation’s highest court near the end of 2021.

The Supreme Court will hear arguments in the case of Dobbs v. Jackson Women’s Health Organization on Dec. 1, the court announced on Sept. 20.

Justices had agreed in May to hear the case, but it hadn’t been known before when the case would be heard.

Mississippi enacted a law in 2018 barring abortions after 15 weeks outside of medical emergencies or the discovery of a severe abnormality in the unborn baby.

U.S. District Judge Carlton Reeves, an Obama appointee, struck down the law, finding “it is a facially unconstitutional ban on abortions prior to viability.” A trio of 5th Circuit Court of Appeals judges later upheld the ruling.

“In an unbroken line dating to Roe v. Wade, the Supreme Court’s abortion cases have established (and affirmed, and re-affirmed) a woman’s right to choose an abortion before viability. States may regulate abortion procedures prior to viability so long as they do not impose an undue burden on the woman’s right, but they may not ban abortions,” U.S. Circuit Court Judge Patrick Higginbotham, a Reagan appointee, wrote in the decision.

That prompted a request in early 2020 for the Supreme Court to analyze the lower court decisions.

In a brief to the court over the summer, Mississippi Attorney General Lynn Fitch, a Republican, said the court should overturn Roe v. Wade.

“The conclusion that abortion is a constitutional right has no basis in text, structure, history, or tradition,” Fitch wrote.

Hillary Schneller, senior staff attorney for the Center for Reproductive Rights, which is representing the Jackson Women’s Health Organization, the last abortion clinic in Mississippi, has said the legislation in question “defies decades of Supreme Court precedent.”

Roe v. Wade made abortion lawful throughout the United States. The Supreme Court, in ruling on the 1992 case Parenthood v. Casey, said states can’t impose significant restrictions on abortion before a fetus becomes viable for life outside of the womb, though the justices didn’t specify when viability occurs.

Pro-life groups have asserted that science has advanced since the decisions of decades ago, with findings including fetuses, or unborn babies, may be able to feel pain as early as 13 weeks into a pregnancy.

The groups hope the makeup of the court could signal a favorable decision. The nine-justice court includes just three Democrat-appointed justices, with six appointed by Republican presidents. That includes three justices appointed by then-President Donald Trump, an avowed opponent of abortion.

Arguments in a case challenging the validity of the 1973 Supreme Court ruling that access to abortion is ...

Very cool, let’s bring on more welfare babies, we’ll just raise taxes to pay for them all, no worries….

Or maybe put them up for adoption

The leftist thing to do is welfare

If you don’t want to allow girls and young women to terminate unwanted pregnancies, and you want to FORCE them to bring these unwanted pregnancies to full term, then you’re going to pay for all their prenatal care, and if they’re living in unsanitary conditions, with abuseive men or in their cars, then your going to pay to house them in acceptable accomadations while they’re growing your babies, and then you’re going to pay the cost associated with their mental, emotional and behavioral health issues that some of them will have through life as they affect society……have right at it….

What ever happened to birth control? 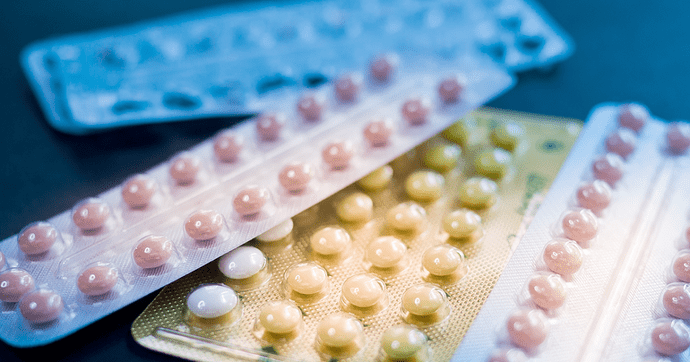 About Half of U.S. Abortion Patients Report Using Contraception in the Month...

In 2014, about half (51%) of abortion patients in the United States reported that they had used a contraceptive method in the month they became pregnant, according to a new analysis by Guttmacher researcher Rachel Jones. This proportion represents a...

The share of abortion patients relying on condoms decreased between 2000 and 2014 (from 28% to 24%), and there was a small but significant increase in the share of patients who relied on withdrawal (from 7% in 2000 to 9% in 2014). Use of long-acting reversible contraceptive (LARC) methods among abortion patients increased from 0.1% in 2000 to 1% in 2014. Jones notes that as more and more U.S. women rely on these methods, a larger number of individuals will experience method failure. It is also possible that some abortion patients became pregnant shortly after they stopped using LARCs or other contraceptive methods.

“Contraceptive methods are highly effective at preventing unintended pregnancies, but no method—and no user—is perfect,”

You also can move

Maybe we can expand -MY BODY , MY CHOICE for vax .

What is the cost to taxpayers for plan parenthood these days ?

What is the cost of Medicaid today ?

It’s a choice to wait for 3 months before you figure out gee, I might be pregnant.

Why should a woman not have the right to decide whether to have a child? It’s like telling a woman that she can’t eat ice cream if she wants to, because ice cream is delicious and nutritious.

Let them pay for it ,not all the the taxpsyers.

Women can keep their legs closed and mouths open.No risk of pregnancy that way.

Abortion is a human right. It’s a right that should be protected equally in all of the states.

Your sexuality is YOUR business and nobody else’s……

Let who pay for what?

Are you seriously comparing abortion to eating ice cream?

Human life begins at conception. The Bible tells us to defend the unborn, and abortion is the most dangerous battle going on right now. If there is one area in which the body of Christ is being attacked more than any other, it is the act of abortion.

To compare this to stuffing your face with ice cream has me seething. God help me. I’m so angry right now.