“No FISA Reauthorization” Without Reform and Sunlight ***UDATE***

How do you expect there to be accountability if people like you are resigned to indifference? I am sorry Conan but you can’t have it both ways our government was founded by the people and for the people the very same people that rose against tyranny once before. If the people are unwilling to hold government accountable and expecting government to govern itself then it is the same expectation one would have by asking a Fox to guard a hen house. It simply doesn’t work.

“Some” of us are demanding accountability for FISA abuse, but it seems it’s only falling on deaf ears.

No, time to end FISA,

According to Bassem Youssef who ran FBI’s Communications Analysis from 2004 to 2014 had only generate two lead on war against terrorism It hasn’t thwart dozens of terrorism attacks as officials claimed.

If you want to read more on Agent Bassem Youssef comments here is link from Solomon…unlike unnamed sources that so much of media promotes. 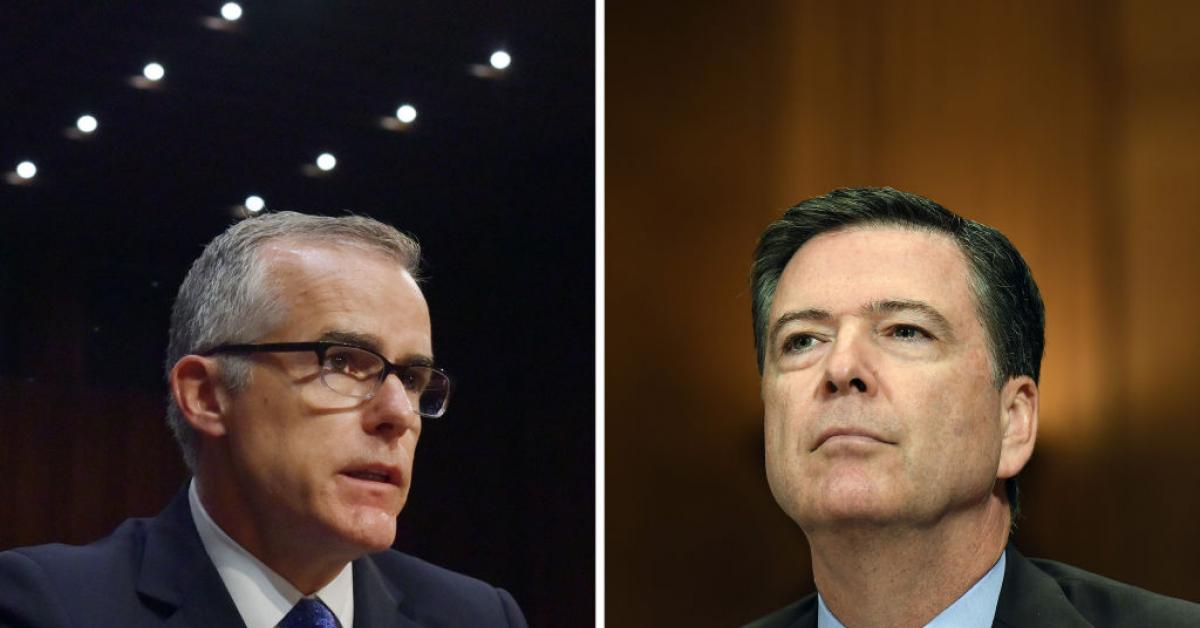 I have already read this article as this was posted in the Spygate thread. It is a pretty damning indictment and keeps the issue in the MS narrative as it should.

Then there is this new wrinkle! 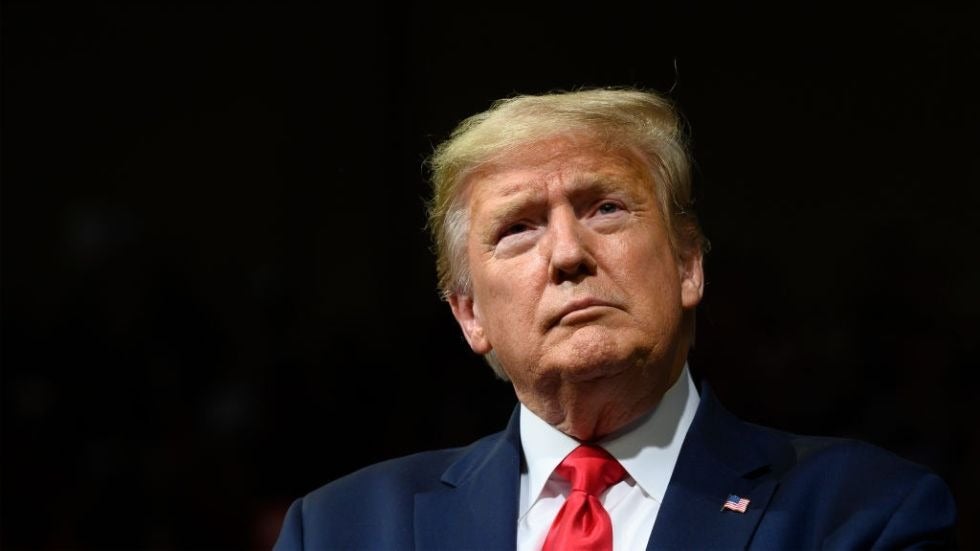 President Trump is threatening to blow up an extension of expiring intelligence programs as he backchannels with a cadre of top allies who want to use the bill to reform a shadowy surveillance court.

If I were making the rules re authorization would not even be considered until everyone involved wtih the FISA abuse has been purged, fired, and those who can be prosecuted.

It would take that kind of demonstration of good faith for me to even consider voting for it.

I agree, which is why I am a huge advocate of having an open discussion on this topic with the public. More importantly the public should have a say and a vote on this issue and this decision or its reforms shouldn’t be made in secrecy by known bureaucrats that reside in the proverbial swamp. In other words we need to have an open debate on the topic.

You gotta like this! Tom Fitton says “the key to reform is jail! Love it! 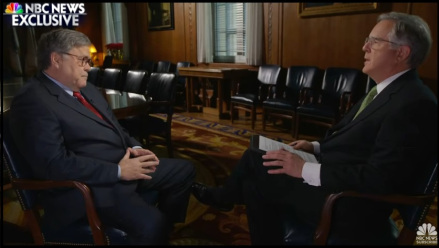 Tom Fitton on FISA: “The Key to Reform is Jail”…

Completely agree with Judicial Watch President Tom Fitton here. During a discussion of congress trying to pass a clean FISA reauthorization or a reform version, Tom Fitton says the only way to real…

I agree but I wouldn’t hold my breath. By making it hard to abuse the system just makes it hard to detect abuse,

The modern Left wants a government of men: their hostility to our Constitution flows not from its obsolescence, but from the restraints it places on their grand designs.

Social Justice means the people in power decide who the law will protect, and who it won’t. When Democrats like Mazie Hirono call for an end to the principle of innocent until proven guilty, they simply mean the people in power will determine your guilt, not the letter of the law.

The modern Left wants an end to Republican government, and a return to Feudalism. The de facto nobles, like Hillary Clinton, and their vassals, will assess their own guilt or innocence. Hillary decided her 30K emails, despite being under subpoena, were her business alone (due to her noble status?). Her vassal James Comey agreed. This will soon be the daily standard of American justice, if left to nullities like Bill Barr.”

This is sending shockwaves throughout the intelligentsia community and something tells me that with this new appointment of Ratcliff as the new DNI things are heading towards a conversion point and it’s going to get really interesting.

Quite a bit to unpack here, and most of it is very good news.  First, this re-nomination was almost predictable when you look at the totality of the landscape: President Trump needed to generate an…

President Trump needed to generate an official DNI nomination in order to retain the current acting DNI authorities for Richard “Ric” Grenell; so that’s one aspect.

However, beyond the procedural move there’s the larger background of the FISA reauthorization; and, in my opinion, that larger dynamic is the majority consideration.

The FISA reauthorization; and the need for President Trump to support any type of reauthorization that eventually gets through the complex political dynamics within congress; and considering Senate Majority Leader Mitch McConnell traveled to the White House to discuss this issue yesterday; the outcome is considerable leverage for Trump.

The problem is that probably 85-95% of the public doesn’t give a damn and doesn’t even know what FISA means.

He’s right. So far there have been no real consequences for any of them.

This was an interesting interview. The problem is there’s no accountability. This is all done in secret, and there’s no one to investigate whether officers seeking a judge to sign off on a warrant lied or misrepresented things to the judges. The judges signing these things are completely out of touch with what’s actually going on. There isn’t going to be a single judge who will be punished for any of this, because of how the whole system is set up, they can easily just claim they didn’t know and it was reasonable for them to sign it.

Representative John Ratcliffe was/is a key member of the House who has investigated the details of the DOJ and FBI intelligence abuse during the 2016 election. Factually, Ratcliffe is one of only four high-clearance House members who had seen all of the unredacted and classified documents associated with the DOJ and FBI activity. [Ratcliffe, Gowdy, Goodlatte and Schiff]

In November of 2019 buried deep in the congressional budget Continuing Resolution (CR) was a short-term extension to reauthorize the FISA “business records provision”, the “roving wiretap” provision, the “lone wolf” provision, and the more controversial bulk metadata provisions [Call Detail Records (CDR)], all parts of the Patriot Act. As a result of the FISA CR inclusion the terminal deadline was pushed to March 15, 2020.

On December 9, 2019 , the DOJ Inspector General report on FISA abuse was released to the public. Within the IG FISA report the prior statements of John Ratcliffe about the FISA abuse scandal were proven to be exactly correct. Additionally, the severity of the FISA abuse, including the intentional manipulation of evidence by the FBI, was far more serious and substantive than anyone thought.

While the FISA issues were being investigated congress punted the reauthorization of FISA to March 15 . There is a current debate on whether those FISA authorities should be reauthorized.

It is into this debate where President Trump’s support becomes critical.

The epicenter of the deepest defensive mechanism of the Deep State is the Senate Select Committee on Intelligence (SSCI). The SSCI is the bunker, the intelligence manipulation operations headquarters. The SSCI is where the political nuclear weapons (black files and IC gathered political surveillance research) are housed. As a direct consequence the SSCI is the most corruptand manipulative committee in all of congress. The SSCI also controls all nominations within the intelligence community (DNI, CIA, NSA, DOJ-NSD, etc).

As a result of Senator Burr and Senator Warner undermining Ratcliffe, on August 2, 2019 , the Ratcliffe nomination was reluctantly withdrawn.

The final thing convincing me FISA has to be dissolved and reconstructed with all new personnel was their decision to appoint an Obama attorney who had repeatedly denied any abuse had occured to lead the internal reform effort. It’s been obvious for some time Obama officials lied to the court to obtain secret surveillance warrants targeting first the Trump campaign and then the administration yet the court has done nothing to even summon the liars for questioning.

The FISA court approves well over 90% of the submitted to it. These applications require multiple sign offs from senior FBI and DOJ officials. It’s not just a partisan political bias against Trump, the court is all to willing to go along with whatever Federal law enforcement asks and worse they are indifferent to lying bureaucrats violating the rule of law. This is not a problem that can be corrected by adding more layers of bureaucracy, it is an institutional malady requiring wholesale replacement of court officials and processes. It’s easy to see why the current FISA court doesn’t keep a transcript of its proceedings, they don’t want their rubber stamp process scrutinized. 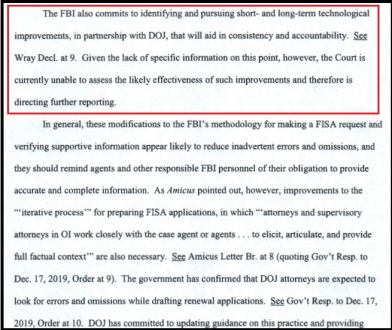 FISA Court Responds to DOJ and FBI Reform Proposals – Opinion and Order Does...

Initially the DOJ and FBI wanted to include (bury/hide) a FISA renewal effort within the Coronavirus spending bill.  However, facing sunlight and backlash from democrats & republicans in congre…

Share this video with those who need a fast encapsulation of the FISA issues at hand.

According to Senator Rand Paul, President Trump is committed to seeing that FISA is not reauthorized without “significant” reform. Senator Paul has proposed to significantly change the FISA process by forcing the DOJ, FBI and Intelligence Community to apply for search and surveillance warrants to Title-3 courts in order to access any NSA database containing private information of American citizens. In November of 2019 buried deep in the congressional budget Continuing Resolution (CR) was a short-term extension to reauthorize the FISA “business records provision”, the “roving wiretap” provisio…

Amid Ongoing Fight FISA Will Lapse – McConnell Hopes to Assemble Vote Next...

The House Rules Committee previously released the text of proposed changes to FISA (full pdf).  The “deal” is intended to reauthorize the FISA “business records provision”, the “roving wiretap” pro…