Yep. I have needed help since the government took my job of 28 years because of a cold virus.

Illegal aliens on having a child in the US can apply for benefits immediately.

Why should we have to pay what we do when the wealthy pays nothing?

WTF ? you and asswipe Monty live in your parents basement , what F-ing TAXES ??

Dems need plenty of help being constantly in denial.

The exact steps one has to take to renounce U.S. citizenship, including filing the final tax returns and paying (or not) exit tax. Learn about the process today!

FOX NEWS BOWS TO THE PRESSURE:

Fox is already cowering down to the left wing media.

In response to AOC’s complaint that FOX News doesn’t show enough Black and Hispanic people on their network.

FOX has announced that they will now air

The achievers already pay MORE that their fair share. 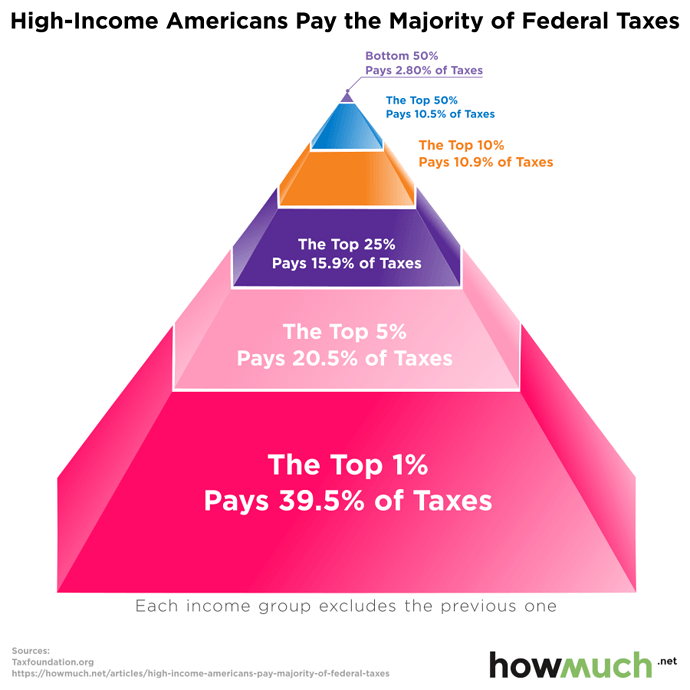 # Only The Rich Pay Taxes

Whoever told you the rich do not pay their fair share is a liar and an idiot.

That rich guy is LYING. His secretary doesn’t pay as much as he does. He might be paying a lower rate, (and that is probably a LIE) but unless his secretary is earning more money than he is, he is not paying less.

As usual, you are wrong.

The achievers pay MOST of the tax.
https://www.rushlimbaugh.com/daily/2011/09/21/only_the_rich_pay_taxes/

Trump voters (who make up most of America) know the truth. Too bad you don’t.

Mostly there are DEMOCRATS on the welfare bandwagon, including illegal aliens. Blue states have the highest welfare numbers of all time. Stands to reason. Republicans mostly work for a living and pay taxes. Democrats generally don’t.

We want the ultra wealthy to pay their fair share. How is that in any way denying basic economics?

It’s not….
And they want the poor to pay their fair share and complain that taxes are raised on them….

It’s also funny that you still have people who seem really to believe that the election was stolen from trump and yet they stand for it….

It was stolen and proven, we are just waiting for states senate and AG to decertify…

The attorney general is a democrat.

It was stolen and proven, we are just waiting for states senate and AG to decertify…

We are waiting for those crooked FBI agents to get fired and charged , and waiting for Hillary to get charged BUT …