Woman transitions into a man, then into a genderless alien

In an attempt to find their identity, Jareth Nebula initially transitioned from female to male — but it didn’t suffice. 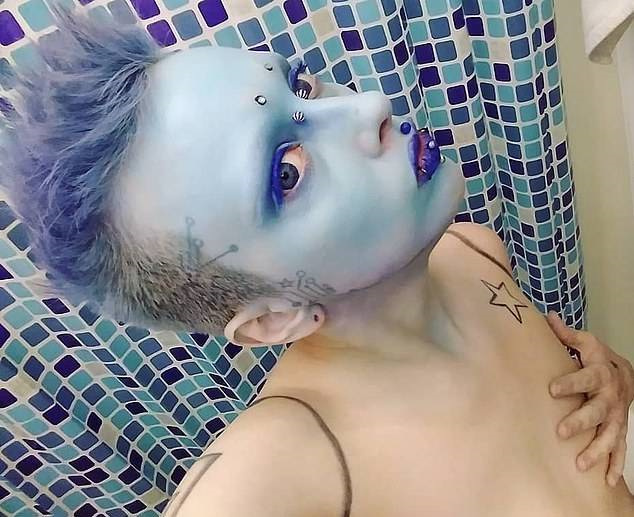 The Washington native and barbershop receptionist was disappointed to find that their gender transition didn’t seem to fill that lifelong void which inspired them to go through with it in the first place, Daily Mail reported. Thus, Jareth decided to label themselves as an agender or genderless — and as an alien.

Agender means that Jareth is genderless or gender-neutral, as opposed to being gender-fluid, which refers to a person whose gender identity is not fixed, or a person who feels they could be a mix of both genders. This newfound identity was no mere intellectual move though, as it included Jareth to have their nipples removed, adorn their face with a swath of piercings, and wear an otherworldly layer of makeup to look “less human.”

“I don’t think or feel like humans,” said Jareth Nebula. “I can’t really explain it to others — I’m simply otherworldly. I didn’t feel comfortable as either gender or even anything in between. I know I’m stuck in a human form and that’s how I’m perceived by others — but to me, I’m an alien with no gender.”

I just find it hilarious how they refer to Jareth Nebula using the pronoun “they”.

Looks like she didn’t feel comfortable being a female, but transitioning into a male didn’t solve the problem, she still felt like there was something uncomfortable wrong.

She had her nipples removed .

The “gender spectrum” was bound to go beyond the gender lines into questioning if one is even human.

When exactly does this “identity” thing become a mental illness, where is the line drawn? Is there even a line at all?

I don’t believe this can simply be written off as just a case of mental illness, and nothing else.

This woman was encouraged by the liberal culture that surrounded her to do what she did, to a large extent. From there it was a slippery slope down.

She lives in Edmonds, WA, about 25 minutes north of Seattle.

For anyone familiar with that area, this type of thing would not really be seen as that out of the normal there. Plenty of people with tattoos and bizarre body modifications, and it’s not that rare to see “trans” persons there in public places either.

After many years of paying dues, all I wanted, for whatever time remained, was an uneventful quiet life. Stay under the radar as best I could, & focus on whatever creativity pleased me. Limping through a normal life is vexing enough. It never entered my mind to hop on the sideshow circuit. The clock is only wound once.

This is some freaky and disgusting shit! I think I am gonna be sick

She is nothing more than a very mentally disturbed person.

Again, I think you are wrong to so easily dismiss this as that.

You need to look at the connection between what this person did and what she was indoctrinated with by liberals.

So oftentimes I feel that conservatives are naive and stupid, because they completely write-off these type of things as isolated cases of mental illness.

Again, I think you are wrong to so easily dismiss this as that.

Honey, anyone who defines themselves as being an “alien”, inspired by a Devi Bowie fictional character is mentally ill.

The whole point of this thread is that, in many parts of the country now, surgically altering your genitals to become like the other gender is not seen as that abnormal.
What this woman did is not that abnormal, I mean in comparison to this whole trans phenomena. If you (as a woman) would try to turn yourself into a man, it’s not that much greater of a step to want to turn yourself into a genderless non-human.

I was walking around in the city of Seattle, and by sheer happenstance, completely coincidental, walked into a Trans Fest. If you don’t know what that is, lucky you. There were women walking around shirtless who had their breasts surgically cut off.
And normal families from the community were bringing their 7 and 10-year old children there and acting like it was all normal, like some sort of county fair.

Again, I ask you, can we really blame what this woman did entirely on her own mental illness?
When this type of stuff has become increasingly normalized in some parts of the country.

As my parents told me when I was young: “if all of your friends are jumping off a bridge, does that mean you have to, too?”

The whole point of this thread is that, in many parts of the country now, surgically altering your genitals to become like the other gender is not seen as that abnormal.

It will always be abnormal. A woman cutting off her tits and having a fake flesh sausage sewn on to her groin doesn’t make her a man. These people are mentally ill and should be medicated, locked away, or vanished.

If you want to see the type of stuff that goes on in Seattle, see this link:
WARNING: you’re probably going to need antiseptic rinse for your eyeballs after reading and comprehending the article 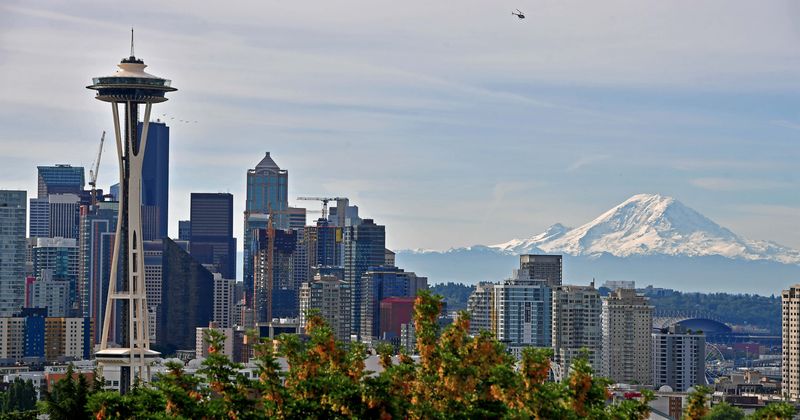 Seattle man dies after being forced to inject silicone into scrotum by his...

28-year-old Tank Heathcliff Hafertepen's mother, Linda Chapman, is now alleging that her son died because of the influence of 'master' Dylan Hafertepen

This woman was encouraged by the liberal culture

It’s state-sponsored mental illness. You either become a homeless, or a dickless alien.