Wife, 29, of Google whistleblower who exposed meddling in the 2016 election is killed in a car crash

Things that make me say hmmm? The whistle blower named in this story shares the same last name as the other infamous Epstein but just a coincidence. Nevertheless it’s a strange story in that many assumptions can be made as to how much of this accident is just a coincidence. It could be just that or maybe there is enough suspicion that warrants to asking more questions about this accident? If there is foul play here then what would be the motive? 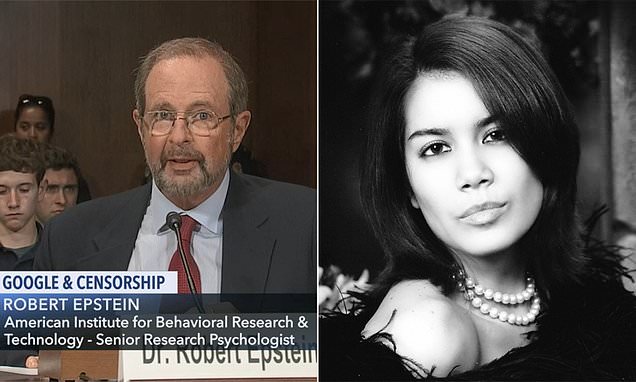 Google whistleblower's wife, 29, is killed in a car crash

Misti Dawn Vaughn (inset), 29, the wife of Google whistleblower, Robert Epstein, who exposed meddling in the 2016 election, died Friday just days after she was injured in a car crash in California.

many assumptions can be made as to how much of this accident is just a coincidence.

From the description of the incident, coincidence is more likely than conspiracy…unless you think the tractor trailer in the opposing traffic was planned. and timed by design.

That was not what entered my thought process but more about the governor unit in the car and the other car involved. Michael Hastings crash comes to mind. But I am inclined to side with your reasoning more than anything.

About a month after his testimony, Epstein shared an article that claimed he had been ‘killed’ by a Google Street View vehicle.

‘And lots of you keep warning me that my life is in danger. I sure hope that isn’t true. Anyway, I was already killed by a #Google Street View vehicle back in 2014!’ Epstein wrote.

The tweet was accompanied by a link to the Huffington Post article that claimed he died on July 19, 2014, after being struck by the vehicle while crossing Front Street in San Diego.

Coincidence? It’s an odd one for sure…